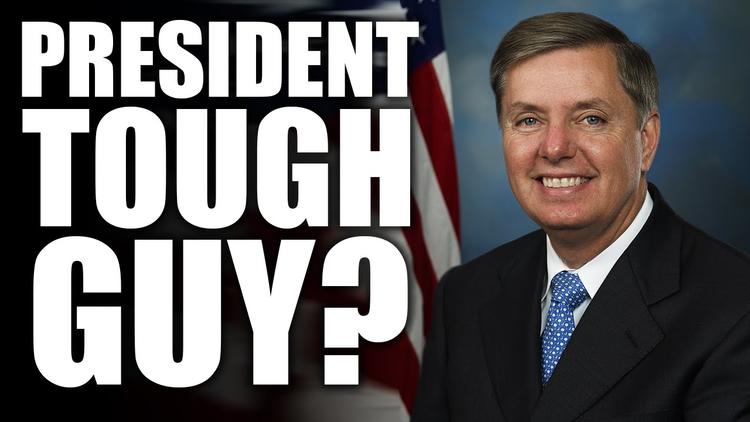 “”Sen. Lindsey Graham, R-S.C., is ready to join the crowded 2016 presidential race — and he’s having a blast in doing it.

The defense hawk and pragmatic Republican said Monday morning on CBS’s This Morning that he would make an announcement on June 1 about his plans, but he went on to dispense with all pretense of what that decision would be.

“I’m running because I think the world is falling apart,” Graham said.

His 10-minute address at the Iowa Republican Party’s annual Lincoln Day Dinner on Saturday was heavy on foreign policy, promising to be a tough hand on national security if elected.”