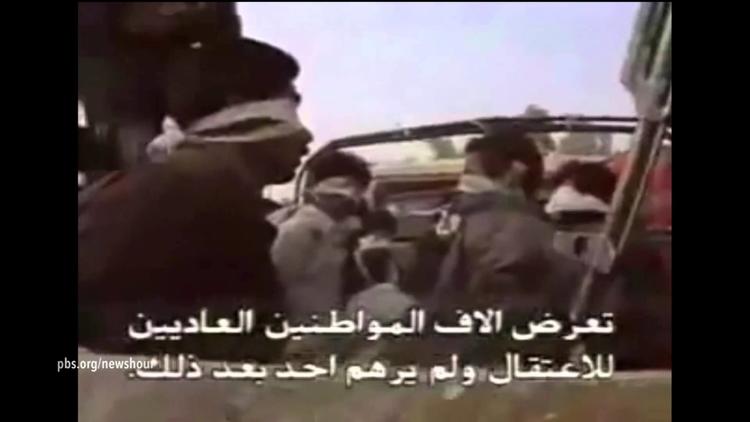 (Baghdad) – Iraq’s relatively new Prime Minister, Haider al-Abadi, has been performing a tricky balancing act for the past few months, carefully keeping the various internal and external influencers satisfied while fighting against the extremist Islamic State group and shoring up his own power base. Up until now he had been fairly successful at this tough job. However over the past fortnight, this has been changing, as the forces arrayed against him have shown they are openly opposed to that balance.

Al-Abadi is a member of the mostly Shiite Muslim Dawa party; former Iraqi Prime Minister Nouri al-Maliki is also a member. And the Dawa party is part of a larger alliance of mainly Shiite Muslim political parties, including the Islamic Supreme Council of Iraq, the Sadrist movement and the Islamic Virtue Party, or Fadhila.

The basic bone of contention now is the deterioration of al-Abadi’s relationship with some of the armed Shiite Muslim militias fighting against the extremist group known as the Islamic State, or IS – this group bases their ideology on Sunni Islam.

The Shiite Muslim militias have been essential in the fight against the IS group but the Prime Minister’s relationship with them began to worsen after the IS group were pushed out of the central Iraqi city of Tikrit. After the Shiite militias took control of the city there were reports of looting, arson and revenge killings – so al-Abadi asked the members of those militias who were accused of this to withdraw from the city.

For Iraq to go back to any semblance of normality, the civilians in areas overtaken by the IS group need to feel that it is safe to return to their homes. The behaviour of the militia members clearly doesn’t make anybody feel safe and al-Abadi knows this. However some of the militias refused to obey the Prime Minister’s orders; they said that al-Abadi’s orders were an insult, especially because the city would not have been liberated from the IS group without them.

When pro-government forces began to move on to combat in the province of Anbar, fighting the IS group there, things became even more fraught. Al-Abadi asked that the Shiite militias not get involved in fighting in the Sunni-majority province, for fear of alienating the local population.

These disputes saw some of the leaders of the Shiite militias telling their men to stop fighting. Some of the most prominent of these leaders – including the always-grandstanding Haider al-Ameri of the Badr Brigades and Abu Mahdi al-Mohandis of Hezbollah in Iraq – left the front lines and returned either to Baghdad or their hometowns further south. Taking off their uniforms didn’t stop them from continuing to publish statements critical of al-Abadi either.

This kind of sentiment is amplified and spread on social media. For example, there are videos on YouTube featuring members of the Shiite militias cursing the government and criticising the Iraqi army and police forces, who work for the government. Al-Abadi has also been criticised for following the lead of US politicians who have spoken openly about their fears about the Shiite militias.

“Only the Shiite factions are capable of defeating the IS group,” the men in the YouTube videos say. “And everyone should know this!”

The Shiite militias have also come up with a set of conditions they want to see fulfilled as they join in the fight against the IS group. This includes their members having immunity from prosecution. Some Shiite politicians – particularly those from the Islamic Virtue Party – have also asked that a law be passed that gives militia members immunity.

“There is a political group that wants to overthrow this government,” al-Abadi warned at a private Parliamentary session held on April 28. The Prime Minister also says he is ready to resign if he fails in his mission of leading the Iraqi government.

Another of al-Abadi’s critics is the former Prime Minister Nouri al-Maliki – and this is despite the fact that the two men are members of the same political party. While al-Maliki was in power he was very helpful to the Shiite militias that are strongly backed by Iranian money and tacticians, like the Badr Brigades. He also allowed these kinds of groups to get more involved in the official security services and supplied them with money and weapons and gave them extra powers.

This kind of picking of sides has an impact on more than just the Iraqi Prime Minister’s office. There are also opposing parties within the general Shiite Muslim alliance. Mostly these parties are defined by how they feel about Iranian support. The Shiite groups are divided between those who are closer to Tehran and who tend not to obey government directives – such as the Badr Brigades, Hezbollah in Iraq, The League of the Righteous and the Khorasani Brigades – and those who are more inclined to support Iraq and the Iraqi government. The latter group includes those loyal to Iraq’s own senior Shiite cleric, the Grand Ayatollah Ali al-Sistani, and includes the tens-of-thousands-strong militias led by the clerics, Muqtada al-Sadr and Ammar al-Hakim.

Sometimes the friction between the militias on the two opposing sides has turned violent. For example, last week members of Hezbollah in Iraq stormed the headquarters of al-Hakim’s Islamic Supreme Council and stole furnishings and other office equipment. In response the Islamic Supreme Council issued a statement condemning the incident and demanding an explanation from Hezbollah leader, Abu Mahdi al-Mohandis.

The conflicts are also often outed on the various media that the different groups own – newspapers and satellite TV channels trade insults and accusations made by the different militias against one another; previously most Shiite-owned media tended only to villify Sunni or Iraqi Kurdish politicians. Now they’re turning on one another.

As the Shiite Muslim alliance falls apart on the ground, another ongoing issue is also causing concern. When the Iraqi government was formed last year, the alliance of Shiite political parties decided that they needed a president of some sort as well as some bylaws and an internal framework. Otherwise they feared that the experience with al-Maliki – who made himself more powerful than the alliance itself – might be repeated. The Ahrar political bloc, which is associated with Muqtada al-Sadr’s Sadrist movement, suggested that these rules could guide the alliance’s activities in Parliament, ensuring that all parties discussed important matters between themselves before going to Parliament to vote on them.

However to this day, none of these ambitious plans have been realised, nor has the alliance made any one its chief.

All of these conflicts between the Shiite Muslim politicians and their representative militias is of major cause for concern. They could result in a change in government, which would cause more instability in an already unstable Iraq. And they are certainly helping the IS group; IS fighters already seem to be taking advantage of the Shiites’ inability to agree among themselves on the battlefront, with a number of victories, including the storming of a Diyala prison that saw imprisoned IS members released.