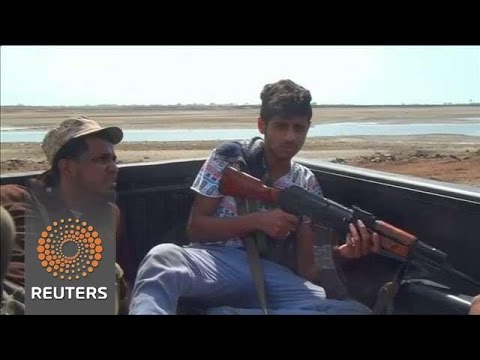 The attention span of US television news is so short that it is difficult for it to cover ongoing wars in which there isn’t dramatic news every day. Not to mention that getting a camera crew into some conflict zones is highly dangerous or just impossible (television news needs footage). Yemen’s war doesn’t appear to be on the front burner of the news rooms this morning, but Thursday saw dramatic developments.

Heavy fighting in the southern Yemeni city of Aden between Houthi rebels from the north and local forces loyal to the ousted government in exile of President Abed Rabbo Mansour Hadi left the city even more damaged, including a major hospital. In addition, Saudi fighter jets bombed two hotels occupied by the Houthis and some of their military sites, setting fire to houses in the Khurmaksar District and leaving 19 persons dead. The Saudis had announced that they would cease bombing Yemen on Tuesday, but in fact have continued to strike it. Some 300,000 Yemenis have now been forced from their homes. There is no evidence that the Saudi strikes have rolled back the Houthi rebels. Although the press keeps calling the Houthis ‘Iran-backed,’ this allegation is mostly Saudi propaganda. The Houthis are a nativist Shiite Zaydi movement against Saudi Wahhabi proselytizing, which is the real reason the Saudis hate them.

The US began expressing unease with the Saudi bombing last week, given high civilian casualties, but has been giving logistical support to the effort. The Obama administration is reportedly pressuring Saudi Arabia behind the scenes to stop.

A senior Iranian commander, furious at the continued bombing, said Wednesday that Saudi Arabia deserved to be “punished” for its strikes on Yemen.

Iran had sent a convoy to the Houthis, but it was turned back by US naval intervention. In revenge, the Iranians bothered a Danish ship in the Persian Gulf flying a Marshall Islands flag. That is a US protectorate but not the US, and the Iranians cleverly exploited the ambiguity. The US navy will now escort US ships in the Gulf.

This heightened naval tension all comes from the Saudi attack on Yemen and the way it dragged the US into supporting it, setting a collision course with Iran.