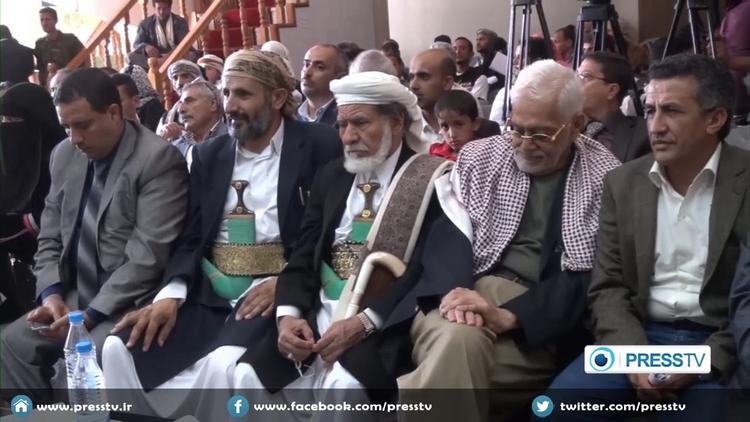 AMMAN / DUBAI (IRIN) – The conflict in Yemen is worsening the country’s food insecurity, according to a new report, which predicts that the parts of Arab state may enter an emergency phase by the end of the year.

The Famine Early Warning Systems Network (FEWS NET) is forecasting that Yemen will be at “PHASE 4: Emergency” by November, meaning “at least one in five households face extreme food consumption gaps resulting in very high acute malnutrition or excess mortality.”

“The ongoing conflict and naval blockade are restricting imports of food and fuel, driving up prices,” noted the FEWS NET report, published on Wednesday.

“Concurrently, most key household income sources are believed to be affected, including formal salaries, agricultural wage labor, petty trade, and livestock sales, with some disruptions to remittance flows reported.”

Christopher Hillbruner, of FEWS NET, told IRIN there was an expectation that Yemen could reach PHASE 4 before November.

Even before this latest round of conflict, nearly half of Yemen’s population of 26 million was ranked food insecure. A small oil producer with weak infrastructure and limited water and electricity supplies, the country imports 90 percent of its food and the majority of its fuel.

Conflict in 2010 drove up malnutrition in parts of Yemen to crisis levels, and rising poverty since the Arab Spring protests of 2011 means millions simply do not have enough money to feed themselves.

Photo: Almigdad Mojalli / IRIN
Smoke fills the air after explosion following an airstrike on a weapons depot in the Noqum Mountain area of the Yemeni capital Sanaa

Airstrikes by a Saudi Arabian-led coalition on Houthi rebels – which it claims are proxies of regional foe Iran – have compounded the situation, as have the coalition warships preventing supply boats from docking at ports

According to a report published on Wednesday by the International Federation of Red Cross and Red Crescent Societies (IFRC), the conflict has killed 1,820 people and wounded 7,330, while more than half a million have been displaced.

The UN’s office for co-ordination, OCHA, reports widespread destruction to civilian infrastructure and according to the UN’s Children’s Fund, UNICEF, dozens of schools have been affected by the conflict, either hit by shells or taken over as emergency refuge by displaced families.