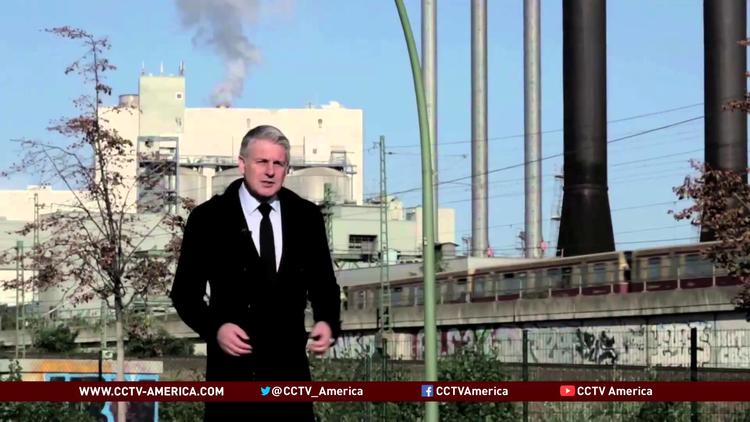 Forcible displacements, thousands of deaths and harmful CO2 emissions – the “2015 Coal Atlas”, published by Germany’s Heinrich Böll Foundation, shows some of the devastating effects of coal power, calling on the EU to stand up to energy corporations. EurActiv Germany reports.

Every year, coal-fired power plants pump 15.5 billion tonnes of CO2 into the air, making up one-fourth of all greenhouse gas emissions. For the EU, this not only means a burden for the climate, but for the health system as well.

€48 billion in health costs are generated annually by coal power. Such statistics are included in the 2015 Coal Atlas, released on Tuesday (2 June). The report is an attempt by the Green-Party-affiliated Heinrich Böll Foundation, and Friends of the Earth Germany (BUND), to make it easier for politicians to phase-out coal.

“German Chancellor Merkel wants to be a role model on climate protection. But that won’t work if, despite the Energiewende, Germany’s greenhouse gas emissions keep rising from coal-fired power generation,” said Barbara Unmüßig, a member of the board at the Heinrich Böll Foundation in a statement for EurActiv.de.

If the international community hopes to keep global warming under 2 degrees until 2050, humanity can only emit about another 1,000 gigatonnes (billions of tonnes) of carbon dioxide. That is only possible if 80% of worldwide secured coal resources stay in the ground, the report indicates.

But according to the report, coal has even more serious effects. Open pit mines destroy natural habitats and the coal firing process releases large amounts of toxic pollutants, threatening the health of the population.

In the EU, more than 18,000 people die every year from the effects of air pollution due to coal production and coal-fired power plants, according to the NGO group Health and Environment Alliance, cited in the Coal Atlas.

Just one week ago, Greenpeace warned of the adverse health effects of mercury emissions from coal-fired power plants. The toxic heavy metal is believed to increase the risk of heart attack, cancer and Alzheimer’s Disease. The NGO indicated that lignite power plants, which generate half of Germany’s mercury emissions would emit ten times as much mercury in the future than is technically possible today.

In many cases, the study says, mine water is pumped up to the ground surface and is diverted without being treated. Dissolved salts from the earth’s interior can render it completely useless or contaminate it with machine oil.

The Coal Atlas gives Bangladesh as a current example. There, the planned Phulbari Coal Mine in the country’s northwest threatens to displace 130,000 people and 220,000 people are in fear of losing access to clean water, the authors write.

But politicians are still supporting the coal industry with huge sums of tax money – abroad and in the EU itself. Every year, the Europe-wide coal industry receives almost €10 billion. The Heinrich Böll Foundation’s Unmüßig says this is a success of the “Big Coal” lobby.

She said its latest triumph is the planned climate fee for coal power plants initiated by Economic Affairs Minister Sigmar Gabriel. The Social Democrat had originally planned to cut 22 million tonnes of CO2 through such fees. “Power plant shut-downs would have been even better,” Unmüßig said.

But a paper from the Economic Affairs Ministry indicated that power plants now only have to cut 16 million tonnes.

According to observers, it is a reaction to protests from companies and trade unions that warned against the loss of thousands of jobs. “Mr. Gabriel caved in to the coal lobby,” Unmüßig said.

The next attack on well-meaning climate protection plans is directed at the EU, she warned. At the beginning of June, EU experts in Sevilla are expected to set new emissions standards for large power plants.

The plan is specifically focused on defining best-practice technology for waste gas cleaning within the framework of the EU Industrial Emissions Directive, effective starting in 2020. Lobbyists from big energy corporations are also seated at the negotiating table, representing individual EU member states.

Here, the Coal Atlas calls Greece’s case “grotesque”. The delegates all belong to the Public Power Corporation, whose power plants belong to the dirtiest in the EU, or Hellenic Petroleum, the authors criticise.

“Strict pollution limit values cost the coal industry money. That’s why industry representatives are doing everything in their power to water down these threshold values,” Unmüßig said.

Updraft in Asia, headwind in Europe

Despite the well-known dangers of coal power, coal production is increasing along with greenhouse gas emissions. But the latest report from the NGO CoalSwarm, produced in cooperation with Sierra Club, seems optimistic.

The organisations indicate that a trend reversal can be observed in Europe and North America. Two-thirds of power plant projects planned since 2010 were either postponed or completely withdrawn – either because they were no longer feasible, or because citizen’s protests blocked implementation of the projects.

But in Asia, developments are going in the other direction. In India in particular, coal is booming and immense deposits still lie waiting in the top-emitter China.

“We must keep our hands off coal. Our governments must take climate change seriously, act in a credible way toward newly industrialising countries in Asia and formulate clear targets at the Paris Climate Summit,” Unmüßig said.

It is also important that Europe’s states and their development banks not spend another cent on coal power plants, she pointed out. “The almost €10 billion spent across the EU would be better spent on promoting renewable energy sources.”

That would be a positive signal, she indicated, and it is precisely the kind of signal that is needed in a summit year as crucial as this.