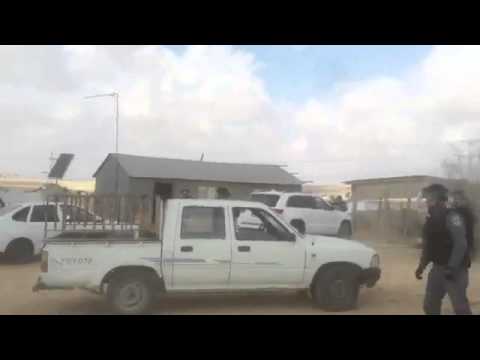 The Israeli Interior Ministry and Land Administration Agency, in cooperation with the Regavim NGO and the Jewish National Fund (JNF), have been demolishing 1,000 Arab homes in Al-Naqab every year, under the pretext that they were built without permits.

Days of Palestine reports that this has been revealed by Amichai Yogev, the southern region director of Regavim, which was founded in 2006 in order to confiscate Palestinian land and build illegal Jewish only settlements in the occupied West Bank and Al-Naqab.

In an interview with Jewish Voice, Yogev said that there are 220,000 Arabs in Al-Naqab today and that they are living on 13,000 km2 of land.

According to estimates, there are about 70,000 unlicensed homes in the “recognised” and “unrecognised” towns and villages.

This means that these homes are at risk of being demolished at any moment, according to Regavim’s way of thinking.

Yogev also claimed that the Israeli NGO is frustrated by the current situation, as the Palestinian residents in Al-Naqab build 2,000-3,000 homes a year in the unrecognised villages and gatherings.

He added that, despite their aggressive nature, the demolitions have less of an impact on the reality of the demographic spread that the Israeli establishment is seeking to reduce by means of these campaigns.

Asked what a village needs in order to be classified as “unrecognised”, Yogev said that all the villages located in the Beersheba-Arad-Yeruham triangle are “illegal”; therefore, they may be destroyed and their residents expelled.

The indigenous Palestinian residents in the region describe Regavim as a racist organisation. They say that most of its inspectors, who stick demolition notices on their homes, working with the so-called Israeli Land Administration Agency, are settlers living in settlements in the Negev.