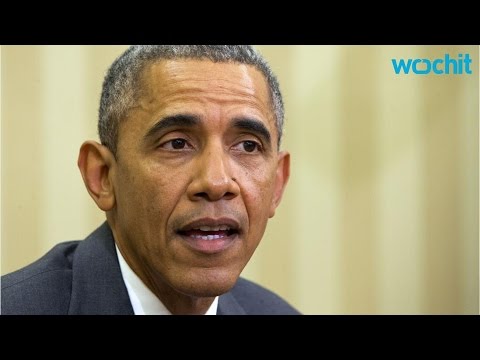 President Barack Obama gave an interview on Israeli television on Tuesday in which he said that Prime Minister Binyamin Netanyahu’s position on rejecting a Palestinian state as long as he is in power is damaging Israel’s credibility.

Netanyahu tried to retract his campaign pledge after he won the election on the basis of it, but that just made him look sleazy, and anyway he didn’t really take it back. Nobody thinks Israel will agree to a Palestinian state as long as Netanyahu has anything to say about it.

Obama was just pointing out that the international community had earlier been willing to give Israel the benefit of the doubt on its sincerity in pursuing peace with the Palestinians. You can’t have peace with people you are permanently subjecting to a form of Apartheid and Occupation, leaving them without citizenship, basic human rights or proper passports. Once Netanyahu admitted that there wouldn’t be a Palestinian state, it was like dropping a fig leaf. He stood naked before the world.

The problem is that if occupation and Palestinian statelessness are going to be permanent or last for decades, then what Israel is doing is worse than South Africa Apartheid.

It also came out on Tuesday that the Israeli army transferred land owned by Palestinians to Israeli squatters.

BBC Monitoring translated a vitriolic reaction from casino billionaire Sheldon Adelson’s newspaper in Israel, Yisrael Ha-Yom, by journalist Haim Shain. Shain slams Obama for reaching out to Muslims “at the expense of the State of Israel.” He condemns Obama’s negotiations with Iran as being “again on the back of the State of Israel and its survival.” Then he says that Obama is not antisemitic or against Israel. Rather, he is under the influence of “court Jews” who dislike the Israeli right wing parties and who support Israel’s left wing, which is in thrall to Haim Saban (who made billions with children’s cartoons) and former president Shimon Peres.

Adelson is willing to put a hundred million dollars or more of his own money into supporting his favorite candidate, who appears at the moment to be Marco Rubio, the Florida politician.

The theory that Obama is under the influence of liberal American Jews who dislike the Israeli right wing parties comes dangerously close to echoing antisemitic tropes. Obama is depicted as not having his own views on the matter, but rather being influenced by “court Jews” who are working at cross-purposes to the ruling Israeli Likud Party. That sounds like a cabal.

Obama maintains that his negotiations with Iran aim at forestalling an Iranian nuclear weapon and so actually increase Israeli security.

“US President Barack Obama said in an interview broadcast Tuesday that Israel risks losing “credibility” over Prime Minister Binyamin Netanyahu’s stance on the creation of a Palestinian state.

Obama made the comments to an Israeli television station in response to a question about Netanyahu’s comments regarding the establishment of a Palestinian state before and after March elections.

Netanyahu sparked international concern when he ruled out the establishment of a Palestinian state while campaigning for the 17 March general election but later backtracked on the comments.

On Sunday, Netanyahu said he was committed to the establishment of a Palestinian state, calling on the Palestinian leadership to return to negotiations unconditionally.
Obama however said Netanyahu’s statements on the subject after the election have had “so many caveats, so many conditions, that it is not realistic to think that those conditions would be met any time in the near future”.