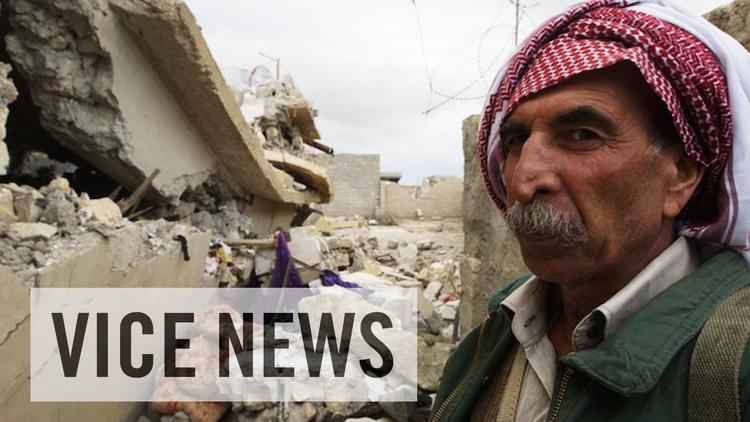 “A year after the Islamic State’s lightning conquest of Iraq’s second-largest city of Mosul, the poorly-trained and equipped Kurdish peshmerga forces are the international coalition’s only reliable boots on the ground in northern Iraq.

The Pentagon’s hopes of recapturing the city by spring 2015 have been dashed by the military failures of the Iraqi Army further south, leaving the peshmerga to defend a 600-mile long frontline almost encircling Mosul, fending off constant Islamic State (IS) assaults with insufficient supplies of ammunition and modern weapons.

In summer 2014, IS conquered Iraq’s Sinjar region, home to the Yazidi Kurdish religious minority. After pushing back IS over last winter, Yazidi fighters discovered evidence of IS war crimes in ruined villages, mass graves, and reports of enslaved women.

In part two of a three-part series, VICE News follows Yazidi militia aligned with peshmerga forces as they explore the devastation that IS brought to their communities.”