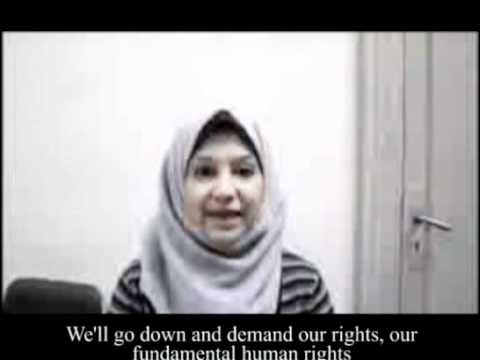 Before there were nine million Syrian refugees, civil wars in Yemen and Libya, mass death sentences being handed down in Egypt, there was a moment of profound hope.

It is easy to lose track of the emotions that first defined the Arab Spring among headlines full of tragedy. Over the course of a few months four seemingly immutable dictatorships suddenly crumbled. Long-silenced voices across the Arab world could suddenly be heard en masse. Hope, jubilation, and soaring ambition united people across North Africa and the Middle East.

Prominent among the voices were those of women. They stood at the frontlines of these uprisings, not only as participants, but as instigators and architects.

In Tunisia, a group of mothers in a remote mining region started a sit-in in 2008 that become the “first nail in the coffin” of Ben Ali’s regime.

In Libya, the wives and mothers of Gaddafi’s political prisoners took to Benghazi’s streets, sparking the uprising that led to his overthrow.

In Egypt, a women-led protest in the city of Mahalla was the seed of the revolution. A young alumna of those protests, Asmaa Mafouz, fueled the movement that toppled Hosni Mubarak when she posted a video on YouTube imploring Egyptians to take a stand by marching on Tahrir Square

Female activists were integral to the Arab Spring, but their part in the movement is being ignored by the regimes that imprison and torture them, by the violent extremists that target and assassinate them and by our own media who have been all too distracted by the fighting men.

Despite this, Arab women are still fighting for peace and stability. Theirs is a protracted struggle that started long before the Arab Spring and will continue long after the dust of war has settled.

In Yemen, Belquis Al Lahabi fought successfully for women to be represented on the constitutional committee. She was working towards legislation to eliminate child marriage and improve women’s economic rights before her house was destroyed by shelling, forcing her into exile.

In Egypt, Hend Nafea overcame sexual assault and beatings by the military, imprisonment by her family, and the injustice of a corrupt court system. She still sings of “Bread, Freedom and Social Justice.”

In Libya, Salwa Bughaigis was among the first fifteen protesters in Benghazi. As a human rights lawyer, she helped lead Libya’s transitional council. She was a visionary for Libyan democracy. In 2014, the day after voting in Libya’s first election, she was assassinated. Her example fuels a new generation of Libyan women who still believe in her dream, including her own 14-year-old niece, Nada El Majri.

For the last four years, we followed each of these women and others. They are featured in The Trials of Spring, a major cross-media documentary event that aims to remind us what we understood when the Arab Spring erupted—Arab women don’t need saving; they are the region’s saviors.

Right now, women are at the forefront of the fight against the violent extremism that plagues the region and the world. According to a UN study, peace processes that include civil society and women’s groups are 64% more likely to last.

In September 2015, a summit on combating violent extremism will convene in Washington D.C. for the second time. In order to succeed, women like those in The Trials of Spring must be brought into the conversation. They can light the way to a future free of violence, oppression, and extremism.

Ask the Obama Administration to include a meeting of women peacebuilders with high-level US defense and national security officials in the summit’s agenda. Sign our petition here.

Lauren Feeney is a documentary filmmaker and award winning (Webby, ONA) multimedia journalist. Feeney was the senior multimedia producer for several PBS programs, including Moyers & Company; WOMEN, WAR & PEACE; Need to Know; and Wide Angle. Her video pieces have been broadcast on PBS and Al Jazeera English and featured in film festivals around the world. Lauren is the digital director of The Trials of Spring.

THE TRIALS OF SPRING is a major cross media event that tells the stories of nine women on the front lines of change in Egypt, Tunisia, Libya, Syria, Bahrain and Yemen. It includes a feature-length documentary and six short films about women and their quest for social justice and freedom. See the project at http://www.trialsofspring.com/

THE TRIALS OF SPRING launched as a special event on The New York Times homepage on Sunday, June 7: six shorts in six days culminating with the World Premiere of the feature documentary at the 2015 Human Rights Watch Film Festival on Friday, June 12.