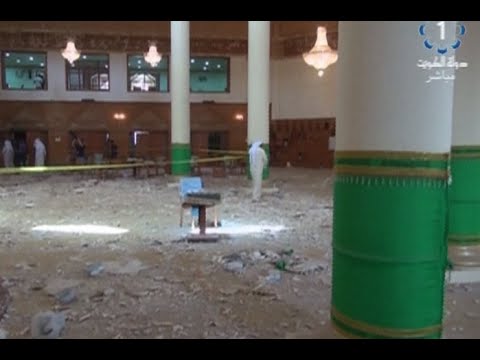 I saw a lot of headlines on Friday trying to link violent attacks by radical Muslims in France, Tunisia and Kuwait, but I just don’t think there is a connection. Even the concerted attempt to find a pattern here is probably misguided. Worse, it plays into the hands of Daesh (ISIS, ISIL), which wants us to think it more powerful and widespread than it is. In fact, its capital is under siege by leftist Kurds and it hasn’t done well in the past week.

The murder in Lyons was committed by an employee against his boss, though the murderer used Daesh (ISIS, ISIL) symbols. It was probably just a murder committed by a disturbed individual, and likely had to do with workplace resentments. French police at the moment don’t see it as the act of an organization. If it was a murder, well, something like 45 of those take place every day in the US. Our looney murderers prefer Batman suits or Ninja outfits to the black Salafi flag, but then they are haunted by different paranoid fears.

Just as with Lyons, the attack in Sousse in Tunisia was carried out by a lone individual. He was a deadly lone individual, killing over two dozen with his Kalashnikov semi-automatic. His attack was aimed at keeping the tourists from coming this year. Tourism is 7 percent of the Tunisian GDP, and the government gets a cut of that through taxes. The radical vigilantes used to do those things in Egypt in the 1990s, too. The secularists of Tunisia Call won parliament last October, and the fringe of far right have gone crazy because of this outcome. They are a fringe. Remember, the majority of Tunisians voted secular last fall.

The bomber in Kuwait who detonated his payload in the midst of a Shiite mosque pretty obviously knew what he was doing. Kuwait is a small country of 3.3 million, of which only 1.2 million are citizens. Some 30 percent of the population is Shiite. The bomber was baiting them. As with Iraq and Syria, Daesh wants a civil war in Kuwait, in the midst of which it could hope to make a coup and come to power.

Salafi Sunnis in Kuwait have sent millions to the rebels in Syria, and likely haven’t been too careful about who got the money and arms. Shiite Iran and Iraq are backing President Bashar al-Assad, and while we don’t know that the Shiite mosque congregation are political, they were clearly targeted by Daesh. This is the first time the Syrian violence has come around to bite a GCC country on the behind. It may not be the last, and may provoke a rethinking of Syrian policy on the part of the Kuwaitis.

We live in a world where three guys, each with powerful weapons, can shake the world if they act on a single day. There’s something wrong with that world- it is way too vulnerable.

But the point is, this was just one guy.