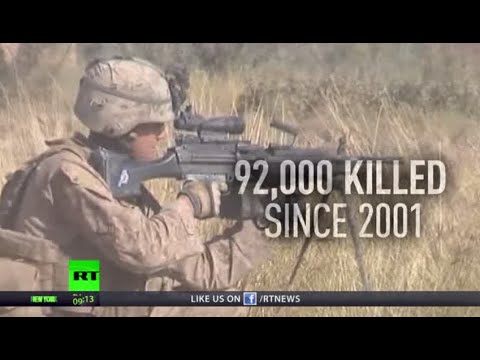 The people of Afghanistan at least since the time of Alexander the Great had repeatedly and violently demonstrated their determination not to be ruled by foreigners. In 1842 they inflicted the worst defeat the British army suffered in the Nineteenth century. Soberly, the British then recognized that they were not going to transform the Afghans and that attempting to do so was not worth the cost. So, essentially, they played their new version of “the Great Game” by Afghan rules. They bribed, cajoled and flattered the Afghan rulers and where they could and at little cost fought a sort of French-Moroccan Beau Geste or American-style “Wild West” campaign on the Northwest Frontier against the tribal peoples. They recognized that what they really wanted — to keep the Russians out of South Asia — didn’t require more.

When their turn came, the Russians were not willing to take such a detached approach. In 1979, they dived into Afghanistan and tried, as they were doing in their Turkish Central Asian provinces, to Russify and partially to Communize it. Their policy was more than a failure; it was a catastrophe. And a catastrophe both for the USSR, which they played a major role in destroying, and also for Afghanistan, which they made into “failed state.” It was that failed state — a shattered, warlord-plagued malestrom — the Russians had left behind that the Taliban movement tried to overcome with a violent assertion of primitive “Afghanism.”

Objectively, America never had any compelling interest in Afghanistan. It had no known major resources, was poor, backward and remote. Moreover, anyone with a slight knowledge of history would know that it had proven to be one of the most difficult countries in the world to rule, much less to “regime change” or “nation build.” Not only had the Afghans defeated the British and the Russians but they tolerated only a modicum of control by their own government. Each village or small neighborhood of villages ruled itself and was rigidly locked into traditional culture. That culture was not to America’s liking, but it was Afghan’s culture. Slowly and cautiously, it had been evolving toward a more “enlightened” and liberal pattern.

Evolving, that is, when left more or less to its own devices. When under attack, Afghan society closed upon itself and reverted to customs that the Russians had found (and Americans would find) objectionable. Generally, however, at least the Americans have not found disapproval of customs to be a sufficient reason to invade other societies. What caused the American invasion was, ironically, a playing out of two commands of the Pushtunwali, the Afghan “way.”

First was the absolute imperative of the Afghan way, the granting of protection (malmastia) to fleeing warriors. The Taliban honored this tradition by giving sanctuary to Usama bin Ladin whose followers in the al-Qaida movement had attacked America in 2001. The US Government demanded that Usama be handed over. The Afghan Government refused. To have done so would have been, in Afghan eyes, a mortal sin. So, second, America itself employed another recognized part of the Afghan code, badal, or revenge. It attacked. As the then Taliban Minister of War later told me, “we understood your desire for revenge…It is also our way.” It was the Afghan way, but was it either necessary or useful to America? Put another way, could American objectives have been accomplished at lesser cost in another way?

To answer that question requires a definition of objectives: First was the objective of the American political leaders. They believed that they had to demonstrate toughness. About 9 in 10 Americans (and between 6 and 7 Britons) favored the invasion. It was easy for the President to ride the popular surge. Indeed, he not only rode but spurred on war fever. Second, as George Washington had long before warned, “The Government sometimes…adopts through passion what reason would reject.” Reason would have avoided a ruinous war. But instead of adopting the course demanded by the National interest, or trying to think with the public through the options, Bush played on popular emotion. The Taliban were bad and America had to punish them.

Third, on their side, the Taliban leaders knew that a war would be ruinous for them. They were not very adroit, but they tried to find a way to avoid it. They could do so only within the code by which they lived. To have met the American demand to surrender Bin Ladin would have been a mortal sin, but they had some flexibility in applying malmastia — they had to protect Bin Ladin but need not to allow him to act as he might wish. So they took him into “protective” custody and proclaimed that they would prevent him and his followers from engaging in further foreign activities. It is not clear that the Bush administration even considered any possible variation of that option.

So Bush ordered the attack. Despising the ragged, ill-armed guerrillas, the Americans struck. The war might have ended in a bloody but limited raid. Instead, without much thought, it morphed into a conflict that, so far, has lasted nearly 14 years, has cost America 2,357 casualties, perhaps 50,000 wounded and at least $1 trillion. The number of Afghans killed or wounded is not known but is certainly in the hundreds of thousands; the sick and malnourished amount to nearly half the population; a whole generation of children have been “stunted” and will never grow to full potential; the traditional civic order has been replaced by a corrupt and brutal collection of mafias that both engage in the largest drug business in the world and also steal (and ship abroad) billions of US aid dollars. There is no light at the end of that tunnel.

I find no evidence that the American Government at any point from before the invasion to the present carefully considered whether or not it really had any strategic interest (the Russians were in full retreat and we no longer had a compelling interest in protecting India) in Afghanistan. It simply took whatever seemed to be the next step as the trajectory of events seemed to dictate and, since other than bribery it had little to offer, those steps were military.

During the last 14 years, we have relied almost exclusively on military action. At first, the action was “boots on the ground.” Recently, in our attempt to cut American casualties, we have shifted largely to “coercive air power.” Our aim has been to “decapitate” the guerrilla forces and to beat down insurgent attacks. Both have failed. On the one hand, as we have killed more senior and experienced leaders, younger and more ambitious or violent men have replaced them, and, on the other hand, surveys show that guerrilla action has increased — not been suppressed — in and around areas that have been attacked by drones or special forces.

If we cannot win, have we tried negotiation? No, in fact we have made any form of negotiation virtually impossible. Among our moves, one stands out baldly: the American military and the CIA have maintained a “kill list” of insurgents to be shot on sight. Because the list is secret, no Talib can know if he is on the list. So he is apt to suspect that any offer of negotiation is really a trap, designed both to kill him and to divide and weaken his movement.

The cost of our failure to win or negotiate is still being paid: we are still engaged in combat, still striking targets, still shoveling in billions of dollars to a failed puppet government. And in this unending war, we have created far more enemies than we have “pacified” or killed. Now they come not only from Muslim Asia and Africa, but even from Europe and America. They are enemies we helped to create. We were sold a phony policy and self-defeating means to implement it: counterinsurgency never worked anywhere and certainly has not worked in Afghanistan.

It would be rewarding if one could say that our experience in Vietnam, Iraq and Afghanistan has made us wiser in our approaches to Somalia, Syria, Libya and Yemen, but it is hard to substantiate that conclusion. Yet the lessons are there to be learned. There are more, but consider just these few

• military action can destroy but it cannot build;
• counterinsurgency does not work and creates new problems;
• nation building is beyond the capacity of foreigners;
• piecemeal, uncoordinated actions often exacerbate rather than solve problems;
• the costs of military action are multifold and usually harm not only the attacked but also the attacker’s society and economy;
• reliance on military action and supply of weapons to the client state encourages it to undertake actions that make peace-seeking harder rather than easier;
• war radiates out from the battlefield so that whole societies are turned into refugees. In desperation they flee even far abroad and create unforeseen problems.
• the sense that the attacker is a bully spreads and converts outsiders into enemies;
• failure to understand the society and culture even of the enemy is self-defeating;
• angry, resentful people eventually strike back where they can and so create a climate of perpetual insecurity.

The result of such actions is deforming to the central objective of an intelligent, conservative and constructive American foreign policy — the preservation of our well-being.

William R. Polk, MA (Oxford) PhD (Harvard) was teaching at Harvard when President Kennedy invited him to become a Member of the Policy Planning Council, responsible for North Africa, the Middle East and West Asia He served for 4 years under Presidents Kennedy and Johnson, During that time he was a member of the three-men Crisis Management Committee during the Cuban Missile Crisis and head of the interdepartmental task force that helped to end the Franco-Algerian war. Later he was Professor of History at the University of Chicago, founding director of the Middle Eastern Studies Center and Founder and President of the Adlai Stevenson Institute of International Affairs. At the request of Israeli Prime Minister Golda Meir, he negotiated with Egyptian President Gamal Abdul Nasser the cease fire that ended Israeli-Egyptian fighting on the Suez Canal in 1970. He was called back into the White House by the President’s special representative, McGeorge Bundy, as his strategic adviser to write a possible treaty of peace. (He has written three — abortive –peace treaties.) He is the author of some 17 books on world affairs, including Backdrop to Tragedy: The Struggle for Palestine; The United States and the Arab World; The Elusive Peace, the Middle East in the Twentieth Century; Understanding Iraq; Understanding Iran; Violent Politics: A History of Insurgency and Terrorism; Neighbors and Strangers: The Fundamentals of Foreign Affairs and numerous articles in Foreign Affairs, The Atlantic, Harpers, The Bulletin of the Atomic Scientists and Le Monde Diplomatique . He has lectured at many universities and at the Council on Foreign Relations, Chatham House, Sciences Po, the Soviet Academy of Sciences and has appeared frequently on NPR, the BBC, CBS and other networks. His most recent books, available on Amazon, are Distant Thunder: Reflections on the Dangers of Our Times and Humpty Dumpty: The Fate of Regime Change.