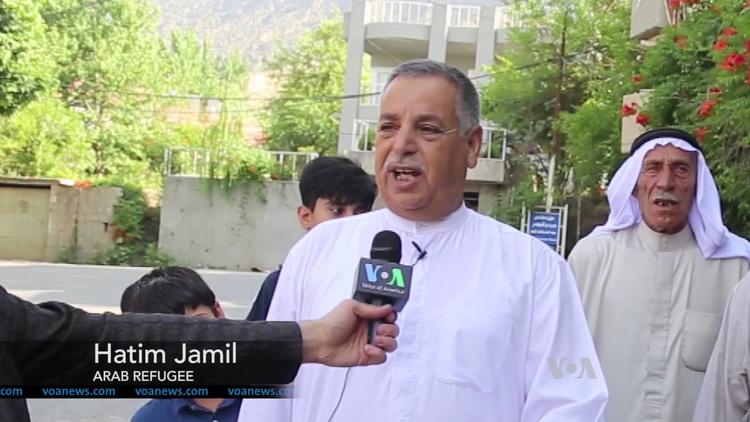 “Authorities in Iraqi Kurdistan suspect that displaced people are selling their kidneys to feed their families. Problem is, they don’t know how to stop it because there’s nothing illegal about donating a kidney.”

The flood of internally displaced people into the semi-autonomous northern region of Iraqi Kurdistan is not only having an impact in terms of camps and humanitarian aid. It is also helping increase business in one particular sector: human trafficking and illegal organ sales.

Local authorities believe there has been an increase in these kinds of activities. In early June, a report out of the district of Karmayan indicated an increase there – 31 cases of organ trafficking had been reported.

“The increase in the number of displaced people in the Iraqi Kurdish region is the main reason why the amount of human trafficking and trafficking of human organs is increasing,” Tafkah Omar, who heads the legal department of Iraqi Kurdistan’s Human Rights Commission, told NIQASH. “The displaced people here are marginalized and they may be more willing to accept the fact that they could sell their own organs, or their relatives’ organs, in order to cover costs of their basic needs,” she noted, before adding that it was also important to consider all forms of human trafficking, including forced prostitution and child labour.

Omar believes that laws around the subject are not tight enough in Iraqi Kurdistan either.

There are several new laws in the pipelines, says Soran Omar, Chairman of the Human Rights Committee inside the Iraqi Kurdish Parliament. “The draft laws on the transfer and transplant of human organs and another draft law on human trafficking have already been read in Parliament,” Omar says.

While Omar couldn’t confirm that the number of trafficking cases had gone up over the past few months, he did agree that there was plenty of potential for this to happen. “There are fears that gangs might take more advantage of displaced people here,” he told NIQASH. “The security situation is such that it is still very difficult to prevent human trafficking of all kinds.”

In Iraqi Kurdistan, which has its own borders, parliament and laws, it is illegal to sell one’s organs. However it is perfectly legal to donate an organ, like a kidney, voluntarily. The donors must fulfil certain prerequisites – things like being in sound mental and physical health and over the age of 18 years. When donating the kidney, the donor is supposed to come to the hospital with a member of the beneficiary’s family. If there is any suspicion that the kidney is being sold, then the hospital is supposed to discontinue the process.

The sale of a kidney requires middlemen, who must both know a seller and a buyer. It is thought that middlemen for the buyers come up from Baghdad and contact middle men for the sellers in Iraqi Kurdistan. The sellers – it is suspected that most of these are displaced Iraqis from elsewhere in the country, desperate for money – will receive around IQD5 million (around US$4,100) for a kidney. The middleman then sells the kidney on for anywhere between IQD20 and 25 million (from about US$20,000) so they end up being the ones making the most profit.

And it seems that the middlemen are coming up with cleverer ways to outwit the local police. “There has always been a trade in human organs here but in the past the local police and secret police managed to arrest a lot of the traders,” says Sarkout Ahmed, spokesperson for the police in one of Iraqi Kurdistan’s largest cities, Sulaymaniyah. “However over the last couple of months the police haven’t managed to arrest anyone on these kinds of charges.”

“Today the traders make a deal with the family of the buyer, who needs a kidney transplant, then they finalize any forms in a way that ensures there are no doubts about the legality of the procedure,” one official at the local Ministry of Health told NIQASH, on condition of anonymity. “They forge a lot of documents for exactly this purpose.”

“And when we don’t have any clear evidence, we cannot do anything about the organ sales,” Ahmed admits. “It is highly likely that these middlemen have found alternative ways of doing business.”