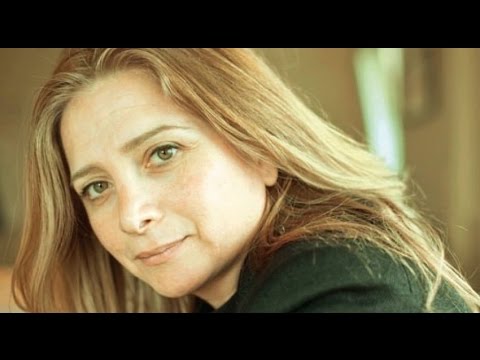 EFF has noted and protested when authorities deliberately cut off Internet access in times of unrest. As a restraint on the freedom of expression of those affected, communication blackouts during protests are unconscionable. But recent research by Anita Gohdes, a postdoctoral researcher at the University of Mannheim, suggests that Internet shutdowns are becoming part of a toolkit for more violent repression.

By analyzing the daily documented killings by the government in the Syrian civil war in conjunction with available data on country-wide Internet outages between March 2011 and September 2013, Gohdes found that state violence spiked just before and during periods where connectivity was shut down. She argues that the regime has used the shutdowns as a tactical advantage in the midst of conflict with opposition groups, breaking down opposition communications networks to weaken their ability to respond effectively to attacks.

While these findings draw only from the Syrian conflict, they indicate that Internet outages have a human rights impact that exceeds the deprivation of speech: they can be used to aid state violence.

I spoke with Gohdes about the implications of her findings:

What do these results suggest about the strategic use of Internet blackouts?

The results suggest that the Syrian government has incorporated the strategic use of Internet shutdowns into its larger repressive campaign aimed at crushing the various opposition groups operating the country. In this paper I only look at the most prominent shutdowns—the ones that occur at the national level so that access is cut across the entire country—and find that immediately prior to and during the shutdown itself the government kills many more people than on other days. This doesn’t mean that the government shuts down the Internet every time it launches a big military offensive. But it does indicate that every time a blackout occurs, it’s part of a larger repressive campaign.

How do you differentiate between correlation and causation? Is it possible that other factors might be leading to the increase in violence?

I wouldn’t argue that the increase in violence is directly caused by a shutdown of the Internet—obviously it’s not the Internet that is doing the “dirty work.” Instead it looks like these shutdowns are used by the government to obtain tactical advantages over armed opposition groups that have taken to incorporating Internet-based services into their armed resistance. Many groups make use of the Internet to coordinate offensives, inform each other of regime activities, and make use of GPS tools to accurately locate military targets. Groups also use YouTube to announce their defection from the regime and proclaim the formation of new battalions.

In my paper I use a series of placebo tests as way to determine whether the results I find might be a coincidence. If we assume that an individual Internet blackout is a “treatment,” I analyze whether a shift of each treatment for up to 30 days before or 30 days after the blackout produces comparable results. If this were the case, then something else that happened at the same time could be driving the results. But I find no effect for these placebo treatments. Importantly, these results also show that there is no increase in violence following the blackouts—so it’s not as if the government is responding to increased civilian protests that might have been triggered by the outages and is therefore killing more people.

Edward Snowden suggested that one of the outages—in November 2012—was due to a failed attempt by the NSA to infiltrate Syrian networks. How does that influence your findings? What does that suggest about the consequences of such attempts at network penetration?

The Edward Snowden story is super interesting, and—if true—obviously rather scary! The Wired story was thankfully published before I submitted the paper, so I was able to check if it made a difference if we remove the outage in late 2012, but that particular case doesn’t seem to be the one driving the results.

What does this suggest about repression in the digital age? Do you see evidence of other regimes deploying similar strategies?

The statistical work I have done has concentrated on the Syrian case where I find strong support that the limitation of Internet accessibility is part of the government’s repressive strategy. In a different study I look at regional accessibility in Syria, and find that where the regime is providing Internet access, a higher proportion of people are being arrested, tortured, or targeted in other ways before they are killed. Part of the explanation could be that a) the regime is ‘rewarding’ supporters with Internet access, but b) also that Internet access allows them to spy on those using it—and thus providing intelligence that helps them target the opposition more effectively. In other regions, Assad limits accessibility and at the same time uses much more heavy weaponry, such as bombing and shelling to kill people.

Anecdotal evidence from other countries points in this direction: The Ethiopian government regularly shuts down mobile phone and Internet access during demonstrations, the Egyptian government shut down Internet access in January 2011 during major protests on Tahir Square in Cairo, the Chinese government has taken entire provinces offline in the wake of unrests, the Sudanese government did the same in September 2013 over growing unrest related to fuel prices, and in the Central African Republic the Internet was cut in December 2013 amidst ongoing violence clashes. These are all rather extreme cases where full access was denied—many countries opt for less obstructive strategies where only certain sites are blocked. But they all indicate that governments are still very aware of their position of power when it comes to granting their citizens access to the Internet.

Frontline Club: “Insight with Samar Yazbek: My Journey to the Shattered Heart of Syria”