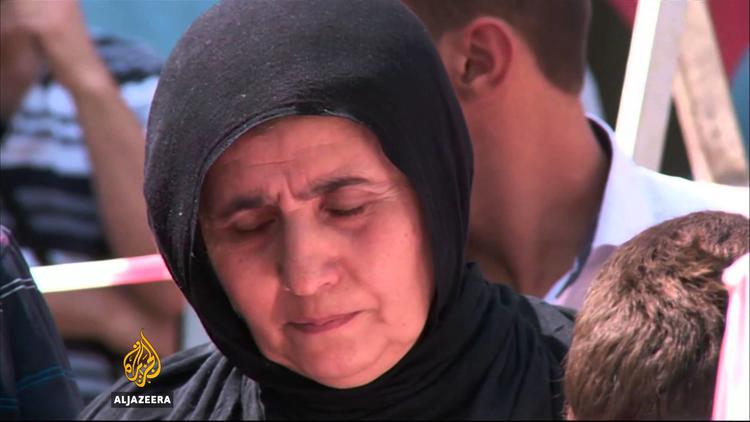 Islamic State appears to have stepped up its war with the Kurds by bombing a meeting of socialist activists as they gathered in the town of Suruç. The incident is not only a terrible blow to the Kurds, but threatens further unrest in Turkey, where a failure to act over Islamic State has already caused significant tension.

The activists belonged to the Federation of Socialist Youth Associations. Most were university students en route to Kobanê. There, they planned to deliver books to local children and help rebuilding efforts. The explosion killed 32 activists and injured another 100.

Although IS has not yet officially claimed responsibility for the massacre, the Turkish prime minister Recep Tayyip Erdoğan stated that there was a “high probability” that it was carried out by the group. With this attack, Islamic State was identifying a new target – the nationwide Turkish network that supports the Kurdish resistance in Syria.

This is not the first time terror attacks originating from Syria have taken place in Turkey. In May 2013, the border town of Reyhanlı was rocked with an explosion that killed 52 and injured 146 people.

Although the Turkish government initially linked the perpetrators to the Assad regime, it later conceded that Al-Qaeda was responsible for the attack.

More recent Syria-linked terror attacks have been carried out by IS, which has targeted Kurdish civilians and pro-Kurdish activists. The attack in Suruç follows a similar incident on June 5 2015 at an election rally for the pro-Kurdish Peoples’ Democratic Party (HDP). This killed three people and injured 100.

And another 164 Kurdish civilians were massacred on June 25 when they were attacked by IS fighters in disguise in Kobanê. Nearly 200 more were injured in the assault.

All these attacks come against the backdrop of Kurdish successes in fighting IS. On June 15, the border town of Tal Abyad was liberated from IS control by the People’s Protection Units (YPG) with support from some Arab militia units. This was described as a major blow to IS because of its proximity to its de facto capital city of Raqqa and because it was a major supply route.

Turkey is deeply involved in the conflict in Syria. It has been a vocal supporter of the anti-regime forces and it is widely believed to have facilitated the transfer of weapons and fighters.

Many of the extremists fighting in Syria passed through Turkey to get there, with very little effort made to stop them travelling along what has been called the jihadist highway.

One of the main reasons for Turkey’s involvement in the Syrian conflict has been the prevention of the emergence of a Kurdish entity in northern Syria. So far, Turkey has refused to acknowledge the positive contribution made by the Kurdish forces to the international efforts to defeat IS in Syria. Instead, it has, on numerous occasions, threatened to invade northern Syria to prevent the consolidation of Kurdish autonomy there.

Turkey is concerned that the Kurdish gains in Syria will strengthen the Kurds as a regional actor, which it fears will add more complexity to the already complex Kurdish conflict.

The connections between the Kurdish conflict in Turkey and the ongoing conflict in Syria became clear during the height of the Kobanê crisis in early October 2014. The government’s refusal to help the Kurdish forces defending Kobanê against Isis attacks resulted in widespread protest and clashes with the police.

The government subsequently used the protests as an excuse to draft a highly restrictive security bill that gave wide ranging powers to the police to suppress political protest.

The government’s anti-Kurdish rhetoric reached its climax during the election campaign when the governing Justice and Development party (AKP) based its campaign on a strategy to prevent the pro-Kurdish HDP entering parliament.

The government’s actions have been watched with much concern by the Kurds who have lent their overwhelming support to the HDP, which won 13.2% of the votes and 80 seats in the parliament. To the Kurds, the government’s attitude demonstrated an unwillingness to seriously engage with the Kurdish representatives and develop measures to accommodate Kurdish demands.

The massacre in Suruç needs to be viewed within this context. The past few months have destroyed much of the trust built up over two years through talks between the Turkish government, the HDP and the Kurdistan Workers’ Party (PKK).

The Kurds view the recent rise in IS terror against Kurdish civilians as part of the AKP government’s attempts to weaken the Kurdish movement in Syria and frustrate the peace process in Turkey. They fear that it will lead to the renewal of violence between the PKK and the Turkish army.

Some clashes have already taken place in rural, primarily Kurdish areas and the rising tensions could spark a major confrontation.

Cengiz Gunes is Associate Lecturer, Faculty of Social Science at The Open University.

Cengiz Gunes is Associate Lecturer, Faculty of Social Science at The Open University