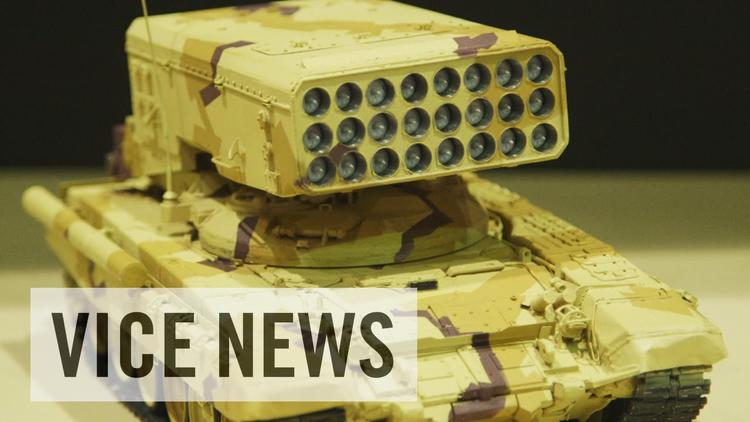 The United States is proposing to beef up the military forces of some of its close allies, such as Saudi Arabia, United Arab Emirates (UAE), Kuwait, Qatar, Bahrain and Oman, with additional weapons systems to counter any attempts by Iran to revitalise its own armed forces when U.N. and U.S. sanctions are eventually lifted releasing resources for new purchases.

“Even though the agreement was just signed on July 14th, countries are apparently already jockeying to see what U.S. conventional weapons they can get out of the deal.” — Dr. Natalie J. Goldring

All six countries, members of the Gulf Cooperation Council (GCC), are predominantly Sunni Muslims as against Shia Iran.

According to one news report, the administration of President Barack Obama is also considering an increase in the hefty annual 3.0-billion-dollar military grant – free, gratis and non-repayable – traditionally provided to Israel over the years to purchase U.S weapons systems.

The proposed increase is being described as a “consolation prize” to Israel which has denounced the nuclear deal as a “historic mistake.”

Dr. Natalie J. Goldring, a Senior Fellow with the Security Studies Programme in the Edmund A. Walsh School of Foreign Service at Georgetown University, told IPS although the nuclear agreement with Iran is likely to aid nuclear nonproliferation efforts, it may also result in a dangerous increase in the proliferation of conventional weapons to the region.

“Even though the agreement was just signed on July 14th, countries are apparently already jockeying to see what U.S. conventional weapons they can get out of the deal,” she said.

On the other hand, the longstanding sanctions against transfers of major conventional weapons, missiles, and missile systems to Iran will continue for several years under the nuclear agreement, she pointed out.

Even so, Gulf states and Israel are reportedly already lining up for more weapons from the United States.

As usual, their argument seems to be that the weapons are needed for their own defence, she added.

“But who are they defending against? Is the presumed adversary Iran, which remains under a conventional weapons embargo? And who has the military advantage?” asked Dr Goldring, who also represents the Acronym Institute at the United Nations on conventional weapons and arms trade issues.

According to The New York Times, she said, Iran’s military budget is only about a tenth of the combined military budgets of the Sunni states and Israel.

Israel spends about 16 billion dollars annually on its defence, plus the 3.0 billion it receives as U.S. military grants.

Furthermore, she said, the Sunni dominated nations (read: Gulf states) and Israel have strengths that their Iranian rival does not.

The modern, Western hardware purchased through the past decade stands in direct contrast to the ageing inventory of Iranian forces, she added.

Currently, Israel and all six GCC countries are armed with state-of-the art fighter planes, mostly from the United States.

Israel’s air force is equipped with F-16s, Saudi Arabia, with F-15s and Eurofighter Typhoons, UAE, with F-16s. Kuwait, with Boeing F/A-18C Fighters and Qatar, with Dassault-Mirage 2000-5, eventually to be replaced with the Rafale fighter plane both from France.

Auger said Iran’s most modern fighter is the MiG-29, delivered in the early 1990s.

But most of them have remained grounded for lack of spares due to economic and military sanctions by the United States, the European Union and the United Nations.

Dr Goldring told IPS it has to be acknowledged that the United States and its negotiating partners have secured an important agreement with Iran, which should make it more difficult for Iran to develop nuclear weapons.

This agreement should also significantly reduce the likelihood of a U.S. war with Iran. The agreement is a good deal for the United States, its negotiating partners, its allies in the Middle East, and Iran, she added..

Still, the U.S. government is once again contemplating providing highly sophisticated weapons to Middle Eastern nations, even though some of the prospective recipients have horrendous human rights records and questionable internal stability.

Continuing to sell our most modern weapons and technologies also makes it more likely that U.S. military officials will soon be testifying before Congress that they need new weapons systems because the current technologies have already been dispersed around the world, she noted.

“We’ve seen this script before. This approach ignores the risks posed by weapons transfers, and increases the risk that our military personnel will end up fighting our own weapons,” said Dr Goldring.

She pointed out that the prospect of increasing conventional weapons sales as a result of the Iran agreement “looks like a sweet deal for the arms merchants, but not for the rest of us. “

It’s long past time to break out of the traditional pattern of the U.S. government using conventional weapons transfers as bargaining chips.

“Middle Eastern countries need to reduce their stockpiles of conventional weapons, not increase them,” she declared.