Making alliances of convenience is a perennial temptation in Washington, where policy-makers often have more ambition than ethics or common sense.

Thus, the Washington Post just published a slick op-ed by a representative of the Islamic Movement of Syrian Free Men (Ahrar al-Sham) claiming that the group is “moderate” and not “extremist.” The implication is that the US should feel comfortable allying with this Salafi Jihadi group.

Here’s what’s wrong with that scenario:

The Free Men want to see Syria become what they call an Islamic state, just as the Taliban wanted Afghanistan to be their idea of an Islamic state. Islam is an old and diverse religious tradition, but these people don’t mean any old “Islam.” They have a rigid fundamentalist interpretation of it that makes no room for people who disagree with them. They say they will accept some sort of pluralism, but this is frankly a lie and can be shown to be so.

The Free Men are closely allied with the open al-Qaeda affiliate, the Support Front (Jabhat al-Nusra). This is not a mere alliance of convenience. They have formed joint operation offices. They coordinate closely militarily. They have a common rubric in Idlib Province of the Army of Conquest (Jaysh al-Fath).

When the two groups of holy warriors and their allies took over the city of Idlib this summer, they conquered 18 villages north of that city largely inhabited by members of the esoteric Shiite Druze religion. The Free Men leadership gave control of the Druze villages to al-Qaeda, which promptly began stealing their property and killing them when they objected. Some 23 were massacred.

The al-Qaeda oppression of the Druze, enabled by the Free Men, tempted many members of that group to get off the fence and support the Syrian regime of Bashar al-Assad. In Israel, members of the Druze minority pressured the Israeli government to attack al-Qaeda so as to protect the Syrian Druze. (Israel appears to have an alliance of convenience with al-Qaeda in the Golan Heights against their common foe, the Lebanese Hizbullah, and brings wounded anti-regime fighters fighters over the border into Israel for treatment. Druze in the Israeli-held Golan rioted and attacked these wounded jihadis recently, alleging that the injure who were being transported in an Israeli ambulance were al-Qaeda).

Note that the Free Men did not have to give the Druze in Idlib Province to al-Qaeda. They could have administered that territory themselves. That they thought al-Qaeda a suitable overlord for a group viewed by hard line Salafis as unbelievers and idolators shows that they just don’t care about human rights. They want a Salafi , Taliban-style Islamic state. We know exactly what happened to Shiite Hazara under the Taliban in Afghanistan. They were massacred.

If the Free Men are so moderate, they would renounce their close alliance with al-Qaeda and stop coddling the terrorists, who report directly to Ayman al-Zawahiri, a mastermind of the attacks on New York and Washington in 2001. That this intertwining of the Free Men with al-Qaeda is all right with the Washington Post is just baffling.

Another hint at the Free Men’s lack of pluralism is their hatred for the leftist Kurds who have fought so effectively against Daesh:

The Free Men, in alliance with al-Qaeda, made an incursion in late May into the Kurdish-majority Shaykh Mahmoud District of Aleppo, trading live fire with the YPG leftist Kurdish militia. A truce was later worked out. 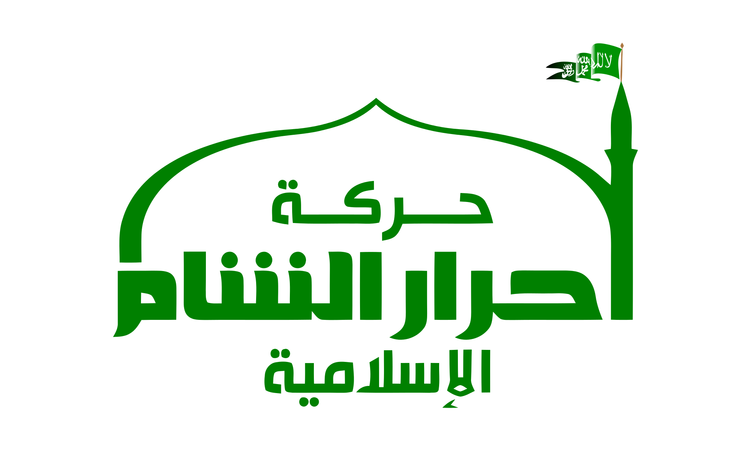 One of the founders of the Free Men was Hasan Aboud, who in 2013 told an Egyptian newspaper that secularism would not be allowed and tried to assure its readers that “the rejection of democracy” does not mean domination, but rather consultation. Aboud was killed in fall of 2014, but there is no reason to think the organization has changed its mind about those evil secularists or about the undesirability of doing more than “consulting” with the governed.

The weasel words in the WaPo op-ed notwithstanding, just a month and a half ago, Sam Heller notes,

“On 26 May, Ahrar al-Sham’s chief shari’ah officer “Abu Muhammad al-Sadeq” issued a treatise on Twitter titled “And the Idol Has Shattered” – the “idol,” in this case, being democracy. Drawing on Algeria and Egypt’s aborted democratic experiments, Abu Muhammad argued that democracy is, in real practice, a trap for would-be Islamist participants.”

So I think we know what sort of society the Free Men want to build in Syria. It is apparently one where al-Qaeda has a free hand with minorities and there is no democracy, and the Kurdish socialist, feminist experiment is crushed. I think we also know what they have in store for Syria’s women.

All that said, the Free Men are not al-Qaeda or Daesh (ISIS, ISIL). Indeed, they expelled fighters who would not take on Daesh and have had several battles with it. They don’t go in for mass beheadings or anything, and they did try to persuade al-Qaeda not to massacre the Druze (though they did nothing to stop the Support Front from just, like stealing their property). And, they don’t want to blow stuff up in the West– they have local, Syrian territorial ambitions.

But in all these ways they resemble the Afghan Taliban, who also were not international terrorists, who also just wanted an Islamic state in their own country, and who also had a soft spot for al-Qaeda, with which they were allied.

The Free Men are counting on Washington being willing to overlook their tight entanglement with al-Qaeda and their anti-democratic, sectarian Sunni theocratic aspirations because they might be useful in fighting Daesh as well as in overthrowing the Syrian regime.

We have seen this movie before, in the Reagan administration in the 1980s, when the US allied with the Muslim extreme right, groups like Gulbudin Hikmatyar’s so-called Islamic Party (Hizb-i Islam) against the Afghan socialists. Although CIA station chief in Islamabad Milt Bearden denied that the US directly trained or funded the Arab volunteers who fought alongside Hikmatyar and who were grouped by Usama Bin Laden under the Office of Services, there isn’t any doubt that CIA tradecraft was communicated to al-Qaeda by American allies. That knowledge of cell formation, avoidance of surveillance, and planning of covert operations, was then deployed against the United States itself by al-Qaeda on September 11, 2001.

The al-Assad regime is evil and genocidal. But not all of its enemies are worthy allies for the US. Friends of al-Qaeda are no friends of ours.