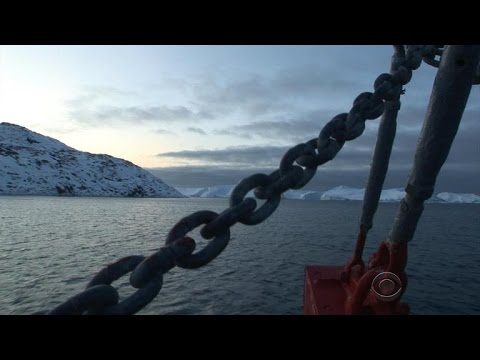 “According to the research, freshwater from land-based ice sheets melting into the oceans is inducing feedback that is accelerating the melting of ice shelves — a loop that indicates sea level rise will continue and could be devastating at much lower temperature changes than previously thought.

The study, authored by well-known climate scientist James Hansen and 16 other researchers, will be published in Atmospheric Chemistry and Physics this week. The research explains that there is an “amplifying feedback” as polar ice melts, because as more freshwater enters the ocean, it traps warmer sea water, which melts more ice. The effect is not included in the current Intergovernmental Panel on Climate Change (IPCC) modeling but “extensive data indicate [it] is already occurring,” according to the report. ”