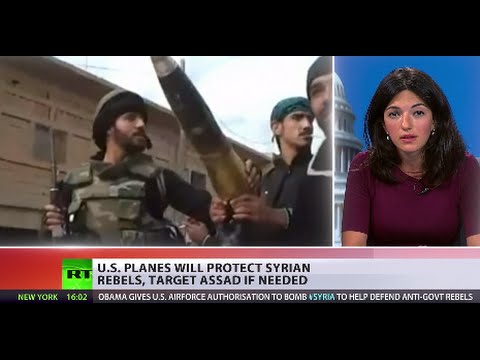 Editorial note: Russia Today is an organ of the Russian government, so this report is not independent, critical analysis. On the other hand, Russia is a player in Syria and what it thinks is important, and US media tend not to report outside-the-Beltway points of view. Just take it for what it is worth:

RT reports: ” The US president has reportedly authorized the Air Force to protect Syrian rebels trained by Washington to fight against Islamic State by bombing any force attacking them, including Syrian regular troops. Thus the US may become involved in the Syrian civil war on the rebel side. The change was first reported by US officials speaking on condition of anonymity with the Wall Street Journal Sunday. The first airstrikes to protect American trainees in Syria have already taken place on Friday, July 31, when the US Air Force bombed unidentified militants who attacked the compound of the US-trained rebels.”