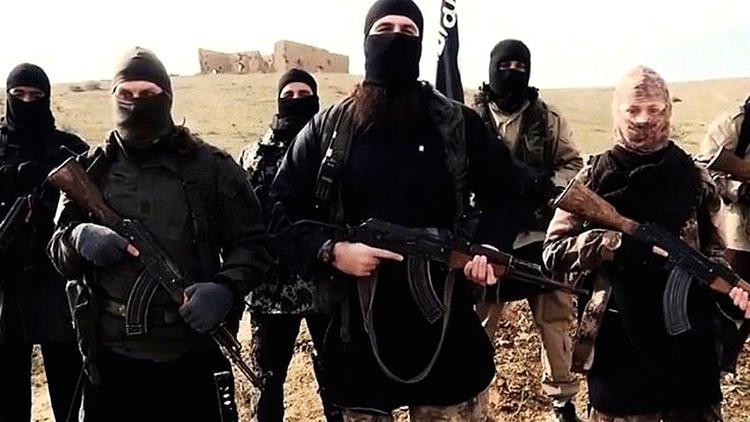 As much of the Middle East sinks deeper into division between competing political camps, the so-called ‘Islamic State’ (‘IS’) continues its unhindered march towards a twisted version of a Muslim caliphate. Many thousands have lost their lives, some in the most torturous ways, so that ‘IS’ may realize its nightmarish dream. 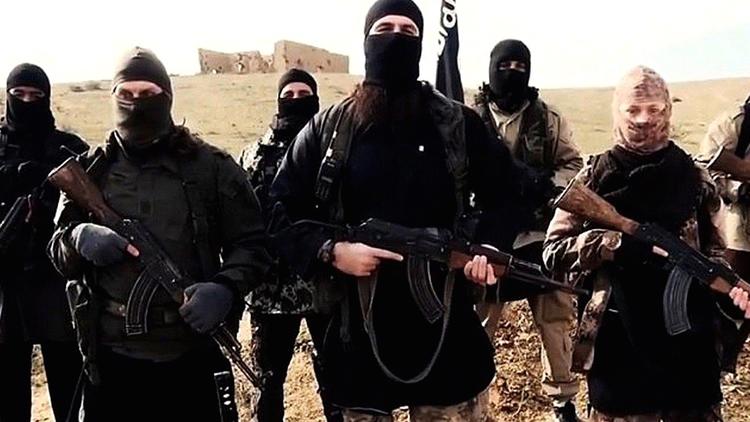 Of course, violence meted out by ‘IS’ is hardly an anomaly, considering that the group was spawned in a predominantly violent environment. It is difficult to imagine, for example, that, if the Syrian regime and its opposition had sought a political solution from the early days of the uprising, ‘IS’ would have found a stable foothold for itself in Syria.

It was during the emergence of violence by the Syrian regime that ‘IS’, a dark force that neither believes in democracy, civil rights nor co-existence, appeared. The same scenario was repeated in Iraq and a host of other countries. In an article in the Independent newspaper, Patrick Cockburn highlighted seven countries where the influence of ‘IS’ is great or growing: Afghanistan, Iraq, Syria, Yemen, Libya, Somalia and north-east Nigeria.
The group’s “successes have been possible because it is opposed by feeble, corrupt or non-existent governments and armies,” he wrote.

However, very little emphasis has been placed on the root cause of the problem and its resulting violence. Western governments and media are not the only party guilty of discussing the brutality of ‘IS’ outside proper political or socio-economic contexts; Arab governments and media are particularly invested in misconstruing the narrative. Arab countries’ official media often misinterpret each crisis in the region in so convenient a way in order to justify their own foreign policy or military adventures.

Yemen, which has undergone several stages of political crises – government corruption and violence, a popular uprising followed by a political stalemate, a civil war and finally a regional war – is a case in point. ‘IS’ bombs targeting mostly houses of worship, are now another staple in Yemen’s bloody conflict.

‘IS’ thrives on conflicts and calamities that are rooted in poor, fragmented Arab societies, where youth are disenchanted with their governments and where they have little or no hope for the future due to corruption and the protracted violence. Such embitterment is a perfect recruiting ground for ‘IS’, which enjoys multiple revenue streams and a self-sufficient economy.

Of course, more violence is seldom the solution, as the ‘Arab Spring’ amply demonstrated. In fact, the ferocity and ruthlessness of the many conflicts currently under way in the region have achieved little, aside from setting the stage for extreme polarization in political, ideological and sectarian discourses.

While sectarianism in the region dates back many years, its current expressions are mostly political, with unambiguous agendas and goals. Initially, sectarianism distracted from the genuine push for reforms and meaningful political changes as sought by various Arab collectives. At a later stage, it served as a space for regional rivalries between Shia-majority Iran, and Sunni-majority Saudi Arabia.

Regardless of its ideological or religious claims, it is evident that the violent vision of ‘IS’, if allowed to endure, would constantly translate into greater death tolls from all sides – Sunni, Shia, Christians, and other minority groups.
With Turkey entering the fray now by bombing ‘IS’ targets in Syria, in supposed retaliation for the militant group’s attack in the Kilis Province, the landscape of the war is stretching beyond its usual confines and methods, into whole new territories.
After resisting pressure to join the US-led coalition against ‘IS’, Turkey has now also agreed to allow the coalition access to its Incirlik Airbase. Meanwhile, Turkish F-16 continued to pound ‘IS’ targets, while Turkish security reportedly rounded up hundreds of suspected militants, not only of ‘IS’ supporters, but also Kurdistan Workers’ Party (PKK) and other radical groups.

The local dimension in Turkey’s newly started war on ‘IS’ should be of particular interest. While ‘IS’ is a common denominator among various Middle East countries, each country seems to have a local component that serves as a native host for ‘IS’, as was the case in Libya following the NATO-led war, and of course, Syria, Iraq, Somalia, and elsewhere.

The Egyptian case is also telling. The chaos that preceded the ‘IS’ entry into Sinai was mostly related to internal Egyptian affairs. The Sinai Peninsula is poor and neglected by the Egyptian Government. For decades, it has been a testament to corruption and unfair distribution of wealth. The Bedouin tribes in Sinai, which were once at the forefront of the fight to liberate the Peninsula from Israel, grew rebellious over time. The desert became rife with drug and human trafficking. The celebrations in Sinai, following the Egyptian revolt in Jan 2011, were short-lived and were quickly replaced by an armed revolt, when hope turned into anger.

Until recently, the Sinai violence was largely a local affair. Mauritanian journalist, Sidiahmed Tfeil, argues that Egypt’s militant factions, such as ‘Ansar Beit al-Maqdis’, resisted calls to join al-Qaeda ranks. But their need for alliances and support finally pushed them into the arms of ‘IS’, which now considers the war in Sinai – led by the ‘Sinai Province’ – another extension of its regional fight.
Tfeil lists countries where ‘IS’ is moving in full force, flushing out al-Qaeda influence and competing with local actors there. They include Yemen and Libya, but also Algeria, Mali, Somalia and others.

Aside from Algeria, the same malaise of internal conflict, external meddling and intervention seems to unite the rest, which have either become – or teeter at the edge of being – failed states.

In other words, the success of ‘IS’ has worked in tandem with the failures of regional governments to offer roadmaps out of security chaos, economic crises and chronic corruption. With access to massive funds, ‘IS’ is able to latch on to local militant groups which were formed as a result of real grievances, buying leverage and loyalty, as they have done in Libya, Syria and Sinai.

Another weapon in the ‘IS’ arsenal that also proved effective is the fact that the Middle East is split between the Saudi and Iranian camps, and that there is not one single united fight aimed at eliminating or, at least, slowing down the progress of ‘IS’ armies. While ‘IS’ military camps are reportedly targeted in Syria, other regional conflicts, especially in Yemen, are facilitating the expansion of ‘IS’.
The war on ‘IS’ and other extremist groups cannot possibly be won if the region remains divided, where corrupt, violent regimes remain the only alternative to radicalization and extremism.

It is the lack of political prospects, and the smothering of any attempt at freedom and fair economic opportunity, that lead to extremist violence in the first place. As long as this reality remains intact, ‘IS’ will tragically find new recruits, latch on to local militant groups, and continue to expand into new borders – and even darker horizons.
Ramzy Baroud is an internationally-syndicated columnist, author and the founder of PalestineChronicle.com. His latest book is My Father Was a Freedom Fighter: Gaza’s Untold Story.

The views expressed in this article are the author’s and do not necessarily reflect Ma’an News Agency’s editorial policy. [or that of Informed Comment]