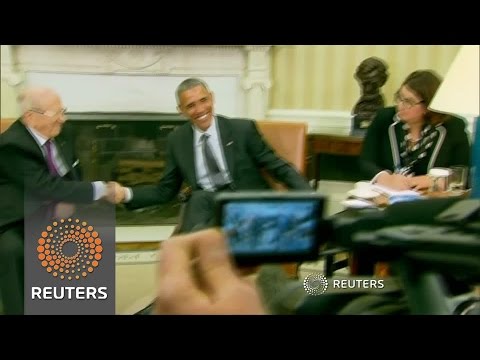 There may be a responsible way to fight the Islamic State, but the U.S. will have to leave its boots in the closet and the drones in the hangar.

The atrocities of ISIS become more shocking every day. In June, the Iraqis exhumed nearly 600 bodies of Shia recruits in Tikrit, an important Sunni Triangle city north of Baghdad. ISIS appears to have executed as many as 1,700 Iraqis and buried them in mass graves.

Last summer, when ISIS gained control of Mosul — Iraq’s second largest city — it should have spurred a re-thinking of U.S. policy. Despite the training of Iraqis to take control of their own security, the Iraqi forces defending Mosul melted away. A few hundred ISIS fighters easily defeated nearly 30,000 Iraqi military personnel trained and equipped by the Americans.

The victory of ISIS in Mosul was built on its past success in recruiting nearly 65 percent of the members of Jabhat al-Nusra in Syria. Its success in Mosul in turn emboldened its leadership and increased its popularity among many disaffected individuals in the region and beyond. ISIS explicitly links its successes to the past glories of the Arab empire. Many young Muslims worldwide see ISIS as a new wave: a fierce, invincible force that stands in stark opposition to the ideas and deeds of the West.

ISIS also takes advantage of the hatred of Western policies in the Middle East. These policies include the unprovoked U.S. invasion and occupation of Iraq in 2003, which resulted in hundreds of thousands of civilian deaths and untold destruction. The invasion added to the region’s simmering resentment of the West’s support for corrupt and brutal regimes throughout the Middle East.

The reactions to these policies have been compounded further by the bombs and drones used to kill “terrorists” along with significant number of civilians. In January, the U.S. used a “signature strike” — a drone strike based on a pattern of movement and intelligence — against an al-Qaeda compound in Pakistan. The strike killed two Western hostages. In Yemen, another drone strike killed a dozen civilians in a wedding party in 2013. One can only imagine how many civilians have been killed in recent years — the most conservative estimates range from a few hundred to over a thousand — and how much anti-U.S. rhetoric has resulted.

Key to the success of ISIS in Iraq is its alliance with Saddam Hussein’s former military officers who lost their jobs when the United States toppled Saddam and his Baathist government. The former Iraqi military officers provided ISIS with their strong knowledge of Iraq, essential contacts, organizational and intelligence-gathering skills, bomb-building expertise and capacity, and tactical military support.

These resources were evident in the fall of Ramadi in May, after more than a yearlong siege. This devastating failure was also due to the lack of engagement of the local Sunni population in fighting ISIS. This segment of the population perceives the Iraqi central government as insufficiently aligned with Sunni interests, and it is therefore reluctant to fight on the government’s behalf.

The Sources of ISIS’s Support

It’s one thing to acknowledge how the United States has inadvertently helped ISIS grow. It’s quite another to figure out how to decelerate and diminish the growth of ISIS.

In order to understand how to deal with grassroots and terroristic movements, like those that emerged in Iraq in 2005 or ISIS today, we need to understand that they have multiple layers of support. Each layer of support sustains and grows the movement. The core of the movement represents the core fighters — those who carry arms and bombs. The subsequent layers of support provide weapons, finance, storage, safe housing, needed supplies, and intelligence. The outermost layers represent those who provide support through ideology, acquiescence, silence, and indifference.

All sides in a conflict operate according to an overall moral framework that justifies their existence and operations, though each side might consider the frameworks adopted by the others to be flawed. Peaceful negotiations have also been part of a moral frame, as was the case eventually with the Irish Republican Army. However, the core fighters in ISIS are committed, vicious, and sadistic. Nothing short of strong self-defense to defeat them is likely to work.

Harvard professor Stephen Walt suggests that a policy of containment and patience will result in ISIS creating a limited state and eventually joining the rest of the civilized world. He argues that many other governments currently in power — such as those in the Americas, China, Russia, and Israel — were built on brutal and coercive means. Yet Walt does not consider any moral frame in the outcome of these nations. Should the world have waited for the Nazis to become civilized?

The people of the region opposing and ready to fight ISIS and their allies, including the United States, must demonstrate a clear and consistent moral basis in all of their acts. We cannot fight ISIS while routinely killing civilians in the process. We must peel back the layers of support for ISIS by engaging the local community to work with us out of their own beliefs — and not just solely for our payments. Each layer of support to ISIS requires the engagement of a different community.

In the long run, promoting sectarianism in Iraq by arming the Sunnis in the Anbar region will help strengthen ISIS, a sectarian Sunni group. Eventually many Sunnis will go back to their roots and support their own group against Iranian Shia and foreign infidels. Already an explosion of sectarianism mixed with a generous supply of weaponry has engulfed the whole region.

It might seem almost impossible to disentangle the United States from the corrupt and brutal regimes in Iraq and Syria while also using these same regimes to fight against ISIS. Yet this is necessary in the short term. In the long term, a policy that emphasizes partnerships with the people and organizations on the ground to promote a system of government built on freedom and democracy is truly the only way peace will be brought to the region. Those efforts can begin immediately.

Both Presidents George W. Bush and Barack Obama have attempted to navigate between these short- and long-term goals in the Middle East. But both presidents have quickly reverted to short-term policies of brute force. President Obama recently accepted an offer from Turkey to use a military base adjacent to Syria to enforce a safe zone. That will only give Turkey a free hand to bomb the Kurdish fighters in Iraq that have been longtime U.S. allies.

Such a deal challenges the moral basis of U.S. action against ISIS. Our immoral acts will always weaken our moral frame and undercut the values we profess. President Obama’s 2009 Cairo speech touting freedom and democracy was beautiful. Can we still act according to those ideals?

The first thing the United States should do is shore up those parts of the region where democracy has successfully taken root. Tunisia’s people have proven their commitment to build a free and democratic society. The West should provide Tunisia the resources to build their economy, provide medical and educational services, and strengthen their young democracy. There is nothing like a successful Arab democracy to diminish ISIS’s murderous ideology and its lure of false glory.

Second, the United States should stop the use of drones and acknowledge that it’s immoral to kill non-combatant civilians. The killing of civilians undercuts any moral frame we use against ISIS and helps ISIS gain more recruits.

Third, Iraq must become free of ISIS as soon as possible. Instead of putting boots on the ground, the United States must provide Iraqi and Kurdish forces with as much support as possible. Allowing Iraq to fall apart will only enforce the ISIS narrative that the West wants to “divide and conquer” of Arabs by any means.

Fourth, the United States should establish a stronger relationship with the Muslim community in America. Muslims in the United States are ready and willing to defend their country, and they should be treated with respect, not surveillance.

Finally, the West must work more closely with Iran in prioritizing the defeat of ISIS. Passage of the nuclear deal with Iran is the first step. Collaborating with Iran to resolve Syria’s conflict is also necessary, even though it will likely lead to a less-than-perfect solution.

ISIS and its horrific acts can derail U.S. efforts and relationships in the Middle East. We must act, and we should act. But at each step, we must address the layers of support for this terrifying movement as we keep our eyes on our moral frame and our long-term goals.

Adil E. Shamoo is an associate fellow of the Institute for Policy Studies and a senior analyst for Foreign Policy in Focus. He blogs at forwarorpeace.com and can be reached at [email protected].