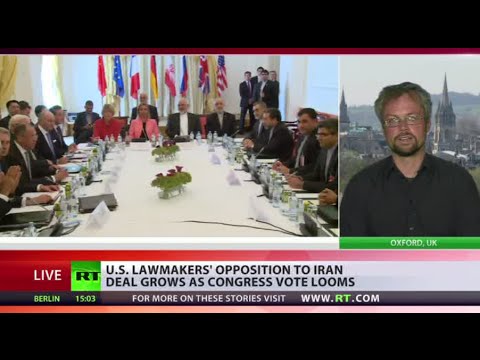 
“When Rohani learned about the details of the talks, he couldn’t believe it,” says Ali Akbar Salehi, Iran’s head of its Atomic Energy Organization.

Iranian President Hassan Rohani has been credited with easing tensions between Tehran and Washington and helping secure a nuclear deal with world powers last month in Vienna.

But after he came to power in 2013, the self-proclaimed moderate was stunned to learn that secret talks between the two countries — which ultimately paved the way for the accord — had begun at least two years earlier, according to former Iranian Foreign Minister Ali Akbar Salehi.

“When Rohani learned about the details of the talks, he couldn’t believe it,” Salehi, who currently heads Iran’s Atomic Energy Organization, was quoted as saying in an interview published this week by the daily Iran newspaper.

The Associated Press first revealed the unprecedented secret exchanges between Tehran and Washington in a November 2013 report that said meetings between mid-level U.S. and Iranian officials began in 2011 in Oman.

But Salehi’s interview, published on August 4, provides the most detailed account of the talks divulged by an Iranian official to date.

He said that the exchanges were conducted with the blessing of Iranian Supreme Leader Ayatollah Ali Khamenei and initiated via several messages from U.S. President Barack Obama’s administration that were delivered to Iran by Omani officials.

These included a handwritten note that Salehi says he did not take seriously at first.

According to Salehi, Khamenei set several conditions for the secret talks: Negotiators should only focus on the nuclear issue and aim for immediate, concrete results rather than talking for the sake of talking.

Khamenei, who is deeply suspicious of the United States, also said that Iran’s demands, including “its right to enrich uranium,” should be pursued in the talks, Salehi added.

After Khamenei gave the green light, disagreements remained among Iran’s decision makers, according to Salehi.

An initial meeting nevertheless took place sometime in 2012 in an undisclosed location in the Omani capital of Muscat, he said.

The U.S. delegation was led by Deputy Secretary of State William Burns, who has since retired, he said.

“The Americans were astonished in the first session. They said: ‘We can’t believe this is happening. We thought Oman was joking; we’re not ready to talk to you!'” Salehi said in the interview.

The talks, he said, began against the backdrop of Obama’s election campaign against his Republican rival, Mitt Romney.

Salehi said that when Iranian officials critical of the talks were informed about the results of the initial meeting, they suggested that Iran was wasting its time and that the “Americans are not serious in pursuing the process.”

But Salehi said he believed that the secret path was worth pursuing. “The Americans were willing to push the talks forward quickly and under very good conditions,” he said.

Salehi said he faced problems sending negotiators to Oman for more talks because of the disagreements in Tehran.

The U.S. team then informed Iran that talks should be delayed until after the November 2012 U.S. elections, he said.

“This is how we lost that opportunity,” the U.S.-educated Salehi said.

He said the two sides continued exchanging “nonpaper” messages via Oman and that a “very good” second meeting took place eight months after the first one.

Salehi said that during the second meeting, Iran demanded that Washington officially recognize its right to a uranium-enrichment program, which Tehran insists is for peaceful purposes but which Western governments say is aimed at developing an atomic weapon.

“We haven’t come here for long negotiations. If you’re serious, you have to recognize our right to enrich uranium, otherwise we can’t enter negotiations with you,” Salehi quoted Khaji, the deputy foreign minister leading Iran’s delegation at the time, as having told the Americans.

Finally, Oman’s leader, Sultan Qaboos, wrote a letter to Iran’s then-President Mahmud Ahmadinejad stating that the U.S. representative had announced that he recognized Iran’s right to enrich uranium. Salehi said Qaboos sent a copy of the same letter to Obama.

Some in Tehran, meanwhile, remained skeptical, suggesting Washington cannot be trusted to fulfill its commitments. “When the letter was delivered to Ahmadinejad, some friends said that the [process] isn’t leading anywhere,” Salehi said in the interview.

Nevertheless, Salehi said he was preparing for a third secret meeting with the United States.

At the same time, Salehi said, Iran was preparing for its June 2013 presidential election, and a message came from Khamenei’s office calling for a halt in the secret talks until after the vote, which Rohani ultimately won.

Salehi said he met with Rohani before his inauguration in August 2013 and informed him about the contacts with U.S. officials. “I told him: ‘After your inauguration, you should accelerate the process,'” he recalled.

Rohani and Obama held a historic phone call in September 2013, the first top-level contact between the two countries since Iran’s 1979 Islamic Revolution and the hostage-taking of U.S. diplomats in Tehran.

The nuclear talks were subsequently pursued seriously, leading to last month’s deal between Iran and six world powers — the United States, Britain, France, Russia, China, and Germany — to lift some sanctions against Iran in exchange for significant restrictions on its nuclear program.

Throughout the negotiations, public bilateral meetings between senior Iranian and U.S. officials became routine, including between Salehi and U.S. Secretary of Energy Ernest Moniz, who exchanged gifts.

RT: “‘US will be left isolated if Congress votes NO on Iran deal'”