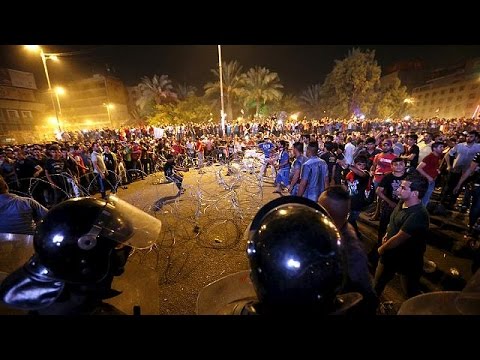 Senior Iraqi Kurdish politician Barham Salih doesn’t pull his punches: The Iraqi army is over, as is the national Iraqi project. And extremists can only, truly be defeated by political reform – after military action.

Barham Salih is one of Iraq’s most senior, most experienced politicians. He has held some of the highest-ranked political jobs in the country, including Deputy Prime Minister of Iraq, Prime Minister of the semi-autonomous, northern region of Iraqi Kurdistan and national Minister of Planning. He is a leading member of one of Iraqi Kurdistan’s two major political parties, the Patriotic Union of Kurdistan, or PUK, and currently holds the seat of deputy secretary-general in the party.

In an interview with NIQASH, Salih, who also founded the American University in Sulaymaniyah, spoke about how Iraq and the Iraqi Kurdish region might best solve the security crisis created by the extremist group known as the Islamic State, or IS. It must be more than military, he said. While he declined to elaborate on some of Iraqi Kurdistan’s more controversial issues – such as the region’s presidential and Constitutional debates, the future of long-time PUK leader, Jalal Talabani, and international interference in Iraqi Kurdistan – Salih was happy to share his thoughts on the future of Iraq. The country is split now, Salih, who is known for his straight talking ways, argues, and that reality must be accepted by all Iraqis.

NIQASH: As a former senior member of the Iraqi government, do you believe that the plan for reform announced by Prime Minister Haider al-Abadi can bring stability to Iraq?

Barham Salih: I wish Prime Minister al-Abadi every success in this attempt. Over ten years after the fall of Saddam Hussein, some people in Iraq still don’t have water or power. This situation is at an unacceptable stage and it seems that al-Abadi is well aware of this – he also enjoys the support of the religious authorities in Najaf as well as the support of most Iraqis.

NIQASH: There are also plenty of problems affecting Iraqi Kurdistan though. Does this region need a similar project of reform and reconciliation?

Salih: I wouldn’t say it needs the same kind of project. But I wouldn’t hesitate to say that Iraqi Kurdistan needs radical reform of it’s way of ruling, of the way it uses public resources, and the way it distributes political power as well as reform of the military in the region.

So I can’t say that the region needs al-Abadi’s project. What I would say though is that we – as a Kurdish government, a Kurdish parliament and the major political parties together with the people of Kurdistan – should work together to draw a new and serious roadmap for our work, and to find solutions to the problems facing the Kurdish people.

NIQASH: A lot of accusations were made about former Iraqi prime Minister Nouri al-Maliki. Many inside and outside the country have said he is to blame for the current, unhappy situation and the security crisis in Iraq. You were his deputy for some time. What do you think?

Salih: This question should be resolved by the Integrity Commission and by the law. This is not an issue that can be handled in the media. The correct procedures must be followed [when apportioning blame].

NIQASH: So do you think that the representatives of the Kurdish people who hold senior positions in Iraq, are innocent when it comes to the country’s current problems?

Salih: The Kurdish are making a big mistake if they don’t believe that the deterioration of the situation in Iraq can affect Kurdistan. The stability of Iraq is very much in the interest of the people of Kurdistan.

NIQASH: I’m not sure you really answered my question. So the Kurdish representatives are innocent?

Salih: I don’t want to generalize because you cannot blame one ethnic group or a certain sect for a problem like corruption. There are good and bad Kurds just as there are good and bad Shiite Muslims. The same applies to Sunni Muslims. Let the law and the Integrity Commission be the judge.

NIQASH: What are your thoughts about the current security crisis in Iraq: Do you think that the Islamic State, or IS, group will eventually be defeated?

Salih: I am sure that the IS group will be weakened and that eventually it can be eradicated. However this problem cannot be solved just with military and security measures. We need to be more aware of the reasons that the IS group emerged in the first place, as well as the emergence of other terrorist and extremist groups in Iraq. We must concede that the IS group is a reflection of political problems in Iraq and that we need to make radical changes. The system upon which Iraq was created has failed and all parts of Iraqi society should start a national dialogue.

NIQASH: Some have said that if the US and it’s allies really wanted to put an end to the IS group, they could easily do so.

Salih: You’d need to ask the US about that. But if we look at the problems in the Middle East, in Syria and in Iraq, we find that the IS group – born of parents like Al Qaeda and other terrorist organizations – has become a source of suffering for the whole region. But if we do not resolve our political problems, then the son of the IS group will also appear.

Basically the problem is not only a military one and it is not only a problem of terrorism. The problem is that the Middle East is unstable and collapsing and that this has led to the appearance of more extremist groups. Even if we put an end to groups like the IS group and Jabhat Al Nusra today, then their sons and their grandsons will be born after tomorrow. If we don’t address the main reasons for these problems, then this vicious cycle will just continue.

NIQASH: Speaking of the future, some local observers believe that the militias – made up mostly of Shiite Muslim volunteers – are going to be even more of a problem for the country, and perhaps even a bigger problem than the IS group.

Salih: The reality in Iraq is that, since 2003, there have been plenty of attempts to build up the Iraqi army. But that military force has been plagued by corruption and a host of other problems and it hasn’t been able to fulfil its planned role as a national force. And after the fall of Mosul, many said that the Iraqi army needed to be rebuilt. But I believe it cannot be rebuilt.

Just as it was in the past, this is a very difficult task and it is virtually impossible to achieve. Additionally today the country’s income has decreased and thanks to political, sectarian and ethnic divisions, the idea of a national army which defends a national project, has become even more problematic.

The forces fighting the IS group are the [Iraqi Kurdish military known as the] Peshmerga and the Shiite militias. It is also important that forces in the Sunni areas cooperate in this fight.

And this is the new reality of Iraq and we have to deal with that. I am hoping that the volunteer militias will be able to work within the structure of the state because right now there is no substitute for them in the places where they are fighting. How exactly the militias can be integrated into the state structure is a question that al-Abadi and other political actors have to deal with.

I myself believe that the Peshmerga model is a good one. The Iraqi state cannot be ruled in a centralised way and the idea of a centralised, national army has also gone forever.

NIQASH: What are your thoughts on the recent return to hostilities between the Turkish government and the Kurdish separatist organisation, the PKK?

Salih: We have declared our position in a brief and succinct way. We are concerned about the bombing of the PKK headquarters and the events in Zargel village also raised concerns.

These events were painful for us and painful for any human being to see. We condemn these events and we believe these problems are best solved by dialogue, not violence.

NIQASH: Do you think that the Iraqi Kurdish authorities reacted properly?

Salih: You’ve got to consider the position that the Iraqi Kurdish region and the region’s government is in. We need to take care of our region and to keep it distant from an undesirable war. There is no doubt though that we have a responsibility to other Kurdish-majority areas. We want the Kurdish people everywhere to obtain their legitimate rights.

NIQASH: Iraqi Kurdistan has a lot of internal problems right now. Is it Baghdad’s fault?

Salih: Baghdad is not completely responsible for this crisis. It can only bear part of the blame and we – and our authority – shouldn’t run away from shouldering our part of this problem.

NIQASH: How do you think problems in Iraqi Kurdistan can be solved? And when?

Salih: I repeat what I said previously. On one hand the Kurdish region in Iraq has achieved a lot and developed greatly. It now holds a prominent position in the Middle East. On the other hand, there are political difficulties and an economic crisis that has put locals’ livelihoods and businesses at risk.

This is a serious crisis and it needs a radical solution. To resolve our problems we need consensus between the major powers and political actors. We should be aware that we have some great achievements of which we can be justly proud but that we have big economic problems. People here need support and solutions.