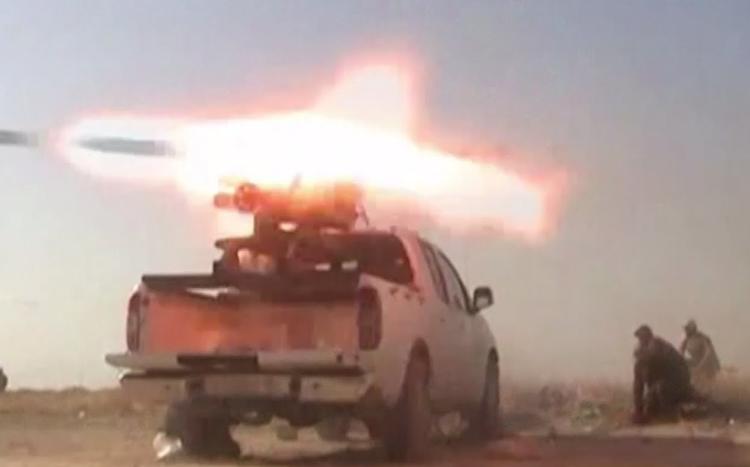 Jeb Bush very unwisely went after Hillary Clinton last night on the grounds that her Iraq policies gave us Daesh (ISIS, ISIL). Bush may think he is cleverly pulling a Karl Rove, attacking his opponent on her strong point (foreign policy), as Rove swiftboated John Kerry in 2004. But this isn’t 2004, and virtually no one is excited about having more Bushes in the White House (apparently a third of Republicans want Trump and like 12 percent want Bush, despite his advantage in name recognition). The fact is, every time Jeb Bush says “Iraq,” he loses more votes.

One of the arguments Mr. Bush made was that while his brother, George W. Bush, didn’t get everything right, he did have a brilliant moment with the 2007 troop escalation or “surge,” which put the world right. Then that horrible Obama crew, including Mrs. Cinton, came along and screwed things up by withdrawing from Iraq in 2011.

Second, Jeb Bush’s narrative about the “surge” is mythical history unconnected to reality. See my Engaging the Muslim World for the real story.

In brief, here is what happened.

By early 2006, Iraq was falling apart. The government the US had installed, under PM Ibrahim Ja`fari of the Islamic Call or Islamic Mission Party (al-Da’wa), was disliked by the Kurds, the Sunnis, the Americans and several Shiite groups. The US ambassador at the time played a role in seeing that he was unseated and that the Shiite majority in parliament replaced him with another Da’wa politician, who had been part of an expatriate group in London in 2002 organized by Ahmad Chalabi to liase with the American CIA and prepare for the overthrow of Saddam Hussein. This old-time Da`wa Party stalwart, Nouri al-Maliki, had had to flee Baghdad in 1980 from Saddam Hussein. He became the Da`wa bureau chief in Damascus. We know that the Da`wa, a fundamentalist Shiite party that wants a Shiite-dominated Iraq, played a key role in setting up and training Lebanese Shiites to fight the 1982-2000 Israeli occupation of southern Lebanon. The Damascus bureau chief would have been central to that endeavor.

That is, Nouri al-Maliki is a fanatical Shiite who is most likely a god father of Hizbullah. He also was involved in 2006 in organizing Shiite demonstrations in front of Saudi embassies against Wahhabism, the Saudi form of Islam, which has a severe critique of Shiism.

So the US maneuvered to shoe-horn Nouri al-Maliki into power as prime minister (though it had other candidates that from Washington’s point of view would have done as well). The Kurds appear to have extracted a promise from al-Maliki not to press them on Kirkuk, which they want to annex to their Kurdistan Regional Government.

Al-Malik wouldn’t recognize a compromise if it fell on him from a great height. And he did not, congenitally, play well with Sunni Arabs, whom he saw as either Baathists or al-Qaeda.

Al-Maliki however was very close to W. and took some advice from him and had a weekly video conference with the US president all through the rest of Bush’s term. In summer 2006 during Israel’s attack on Lebanon, al-Maliki came to Washington and the congressmen demanded that he denounce Hizbullah. They didn’t seem to have a clue as to who al-Maliki actually was.

Things got very bad indeed in Iraq through the rest of 2006 and by that fall it looked dark. The US military had allowed Shiite militias to take over much of the south of the country and east Baghdad. It had allowed the forerunner of Daesh, al-Qaeda in Mesopotamia, to take over much of al-Anbar Province and parts of other Sunni-majority provinces. The situation was so bad that realists like James Baker advised W. just to get out.

W. isn’t the brightest bulb in the chandelier, but even he could see that such a withdrawal would make him look completely ignominious. So he got a second opinion and decided to go with a plan pitched by Gen. David Petraeus, who fancied himself an expert in counter-insurgency and wanted to do an experiment on Iraq.

Petraeus’s theory is that the occupying army has to have enough men to take territory, to clear it of insurgents, to hold it in the medium term, and then to build a local government strong enough that insurgents cannot threaten or overturn it. He thought he could pacify Baghdad and al-Anbar province with about 30,000 extra troops.

Since Gen. Westmoreland in Vietnam had maintained much the same sort of thing– just give me a troop escalation and I’ll pacify, the phrase ‘troop escalation’ rather had a bad name. So the people around W., who put Goebbels to shame, came up with a euphemism. The troop escalation would be a “surge.”

The story I read in the Iraqi press was that Petraeus went to al-Maliki in late fall of 2006 and said he wanted to move on the Shiite militias and on the Sunni al-Qaeda.

Al-Maliki said that the Shiite militias weren’t the problem. The problem was the radical Sunnis. So Petraeus should defeat and disarm the Sunnis, and then once the threat was gone, al-Maliki could go to his own people, the fundamentalist Shiites, and ask them to lay down their arms.

The US military never really held anything in Iraq but the land on which its troops actually stood at any one time. So Petraeus was not in a position to argue with al-Maliki. He started his counter-insurgency campaign in Baghdad and in al-Anbar with the small contingent of extra troops in early 2007. In Baghdad, he targeted Sunni neighborhoods and mixed neighborhoods where there were armed Sunnis, defeating them and disarming them.

Since Baghdad had been in the midst of a Sunni-Shiite civil war since February of 2006 when al-Qaeda blew up the Shiite shrine, the Golden Dome in Samarra, disarming one side had predictable consequences. At night, the Shiite militias went in to the now-disarmed Sunni neighborhoods and ethnically cleansed them. UCLA’s Geography Department looked at satellite photos of ambient light in late 2007 and discovered that West Baghdad (a Sunni area) was completely dark at night. Nice house, nobody home.

Under Petraeus’s surge and disarming of the Sunnis, Baghdad was turned into a Shiite city. When Bush invaded it had been perhaps 55% Shiite. By 2008 it was probably 80% Shiite. Baghdad is a symbolic capital going back to the Abbasid caliphate, so the Sunnis sort of minded losing it that way.

Petraeus’s predecessors had already started a parallel program that he picked up on of paying some Sunnis (Awakening Councils) to fight al-Qaeda. Especially in al-Anbar Province, where tribal people hated the fundamentalists, that strategy bore some fruit and al-Qaeda was pushed back.

But al-Maliki did not want to see the Sunnis armed. So as the US started withdrawing under W. (yes, Jeb), it put pressure on al-Maliki to hire the 100,000 members of the Awakening Councils into the police and army. Al-Maliki in the end took about 17,000 of them. He left the others twisting in the wind with a big red X on their backs. Since they had fought al-Qaeda and now had no US or Iraqi government backing, many were assassinated. Al-Maliki even prosecuted some of them for deeds done before they turned on al-Qaeda.

May of the 83,000 Awakening Council members who no longer got a US stipend of $300 a month and were cut off by al-Maliki had not choice but gradually to drift back into al-Qaeda. In the meantime, the 800,000 Sunni Arabs ethnically cleansed from Baghdad had lost everything and were refugees and increasingly radicalized.

So when Abu Omar al-Baghdadi changed al-Qaeda in Mesopotamia into the Islamic State of Iraq he found many willing recruits, and the organization grew in strength and influence.

Because, Jeb, of the Surge. Not to mention the US invasion and occupation in the first place, and the backing of al-Maliki.