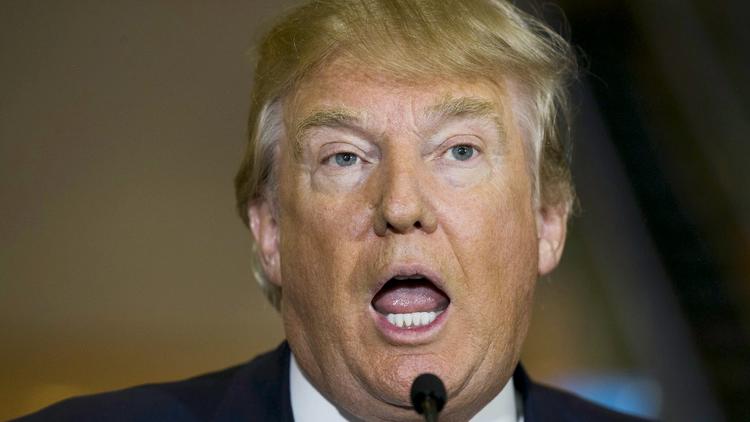 You have to admire the sheer gall of the Republican presidential field, which has coalesced around the idea of, in Scott Walker’s words, blowing up the Iranian nuclear deal “on day one.” As most candidates also pledge to repeal Obamacare on the first day, one can safely assume that the victor-to-be is going to need to get up especially early on January 20th, 2017 to unleash all of the mayhem promised to GOP primary voters. Only Jeb Bush has wavered, saying it might take him a few days to “responsibly get us out of this deal.” This is what counts for moderation in the contemporary Republican Party. Yet it is almost unfair to single out the Republicans – nearly the entire Beltway policy elite has yet to come to terms with the strategic disaster of the Iraq War and the resulting need to draw down America’s presence in the region. The Democratic establishment supports the deal largely because it obviates the need for war with Iran, rather than asking a more important question: Why was a war with Iran ever taken seriously as an idea by anyone’s establishment? How are we still having a debate about new wars in the Middle East 12 years after the Iraq fiasco?

That answer can be situated in the administration of Bill Clinton, which was the first to make the impossible promise to stop the Iranian nuclear program at all costs. Since the Clinton Administration, the U.S. has engaged in bizarre and what will almost certainly be regarded by future historians as preposterous rhetoric about the Iranian nuclear program. Early in the Clinton administration, the president restricted himself to saying that he thought the program was “wrong.” It was Clinton’s Secretary of State Warren Christopher who first used the rhetoric of permission: “Iran simply cannot be permitted to get its hands on nuclear weapons,” he announced in May 1995. This rhetorical thread has been picked up by each successive president and his officials so faithfully in fact that it is almost like they were all using the same speechwriter. George W. Bush stoked fears of Iranian nukes with his infamous Axis of Evil address, arguing that, “The United States of America will not permit the world’s most dangerous regimes to threaten us with the world’s most destructive weapons.” By using rhetoric to make the Iranian nuclear program an existential threat, the U.S. needlessly turned the nuclear file into the region’s most important security issue – something that, as should be clear from the post-Arab Spring turmoil, is simply not true. While fear of Iran might be a prominent theme emanating from leaders in Tel Aviv and Riyadh, few in the Arab World regard Iranian nuclear weapons as the greatest threat to their security.

Obama’s policy may seem different, but in important ways he has carried forward the transpresidential obsession with Iranian nuclear activity. Even on the campaign trail, Obama spoke as if we could simply dictate the scale of a nuclear program to the recalcitrant Iranians. In 2007 he told AIPAC that the world must act together to “prevent Iran from acquiring nuclear weapons.”  During her confirmation hearings as Secretary of State, Hillary Clinton called an Iranian nuclear weapon “unacceptable,” which is the sort of thing you say about a teenager’s report card but not necessarily about the behavior of other sovereign states.  Throughout the Obama Administration, the President and his officials repeated the words “All options are on the table” so many times that they appeared in the end to lose all meaning.

Even today, the administration continues to pretend that it can unilaterally prevent the Iranians from developing nuclear weapons if the deal unravels, and that the only alternative to the deal is war. On September 2nd, Secretary of State John Kerry argued, “We are telling Iran it can’t have a nuclear weapon. Period.”  This language is political in nature and is aimed primarily at wavering members of Congress. It is also deeply delusional. Worse, political rhetoric can have far-reaching consequences by committing the speaker to actions in a future far beyond the next election. Look no further than candidate Obama’s repeated assertions that the real theater of war against al-Qaeda was in Afghanistan. Obama was looking to score points against the GOP’s Iraq policy, a strategy which may have worked electorally but also led to policy disaster. Obama the candidate effectively wrote a check that President Obama was forced to cash, by increasing troop levels and prolonging the disastrous war in Afghanistan that continues to this day. He is setting a similar trap for his successor here, cajoling reluctant Democratic allies to support the agreement by saying “Without a deal, we risk even more war in the Middle East.”

The grand pronouncements of successive U.S. presidents not only risked destructive armed conflict, but also exposed the hollowness of America’s pretend omniscience in the Middle East. In the end, the U.S. was forced to accept the existence of activities that we very recently declared a mortal threat to human civilization. The Iranian capitulation we always assumed was coming rested on a threat we were not willing or able to make good on – the use of military force. What seemed like a plausible threat in 2002-2003 became more and more fanciful as the U.S. project in Iraq unraveled and as the U.S. strategic position in the region deteriorated. By 2006 at the latest, it was obvious to any remaining sane people in Washington that launching another unprovoked war against a country in the Middle East was a nonstarter. (To be clear, there are still a lot of not sane people in positions of influence in Washington). If all options really have been on the table all this time, perhaps force was cleared a priori from what must surely have been a very large piece of furniture.

This is not to say that a deal with Iran was not worth pursuing. Even if you regard a nuclear-armed Iran as preferable to war with Iran – as even hawkish observers like Kenneth Pollack have long argued – the deal decreases the likelihood such an eventuality and can serve as the first step in a long process of rapprochement between the West and the Gulf’s most important geopolitical power. In other words, the deal is better than no deal, even if it does not achieve all of America’s unrealistic initial goals. Friday’s vote in the Senate brought the farce of rejecting the agreement to an end, but the it remains imperiled by the threat of a power-drunk Republican hawk winning the presidency in 2016. More ominously, no GOP candidate other than Rand Paul seems willing to question the underlying assumptions of America’s Gulf policies, and even the Paul campaign has been forced to come out against this deal.

This is a shame, because we desperately need to have a conversation about the U.S. role in the Persian Gulf. America’s extensive investment in the region is premised on two assumptions: First, that the region needs a heavy American security presence to forestall Hobbesian chaos and second, that this heavy American security presence has had the desired effect. Even if you buy the first, dubious, premise, the second should give you pause. For the resources that the United States has expended in the Middle East since the 1980s – trillions of dollars in direct and indirect expenditures and counting – it should at least be able to point to some resulting stability and prosperity. Yet it is hard to look at the region today and see anything other than a roaring inferno to which many of our policies have contributed a healthy dose of kerosene. America did not create ISIS, but ISIS happened on our watch, and no one seriously believes that the Iraq War was not a major contributor. That the leading GOP contenders think ISIS is the result of the departure of U.S. troops in Iraq in 2012 rather than their arrival in 2003 shows how badly the entire party establishment continues to misunderstand what happened there.

The devastating failure of the Iraq War and the rise of ISIS should have been a lesson to DC policymakers about the limits and desirability of American interventionism in the Middle East. In some important ways, the Obama Administration has acted with these lessons in mind – by exiting Iraq, refusing to get drawn in too deeply in the Syrian catastrophe, and forcing our “allies” to blink first and at least try to do something about the crisis in Yemen and the expansion of ISIS. That regional powers accustomed to calling the U.S. to caulk every crack in the wall have not yet figured out how to capably do so for themselves is no reason for a sudden reversal of course.

Yet these relatively modest policy changes have been met with wounded horror from the denizens of Thinklandia, who fear alienating the Saudis, losing our invites to Egyptian dinner parties and getting unfriended by the Bahraini monarchy. The Republican presidential field acts like something terribly precious has been lost, as though U.S. suzerainty over the Gulf was some kind of lavish scholarship we decided to turn down, rather than a needless obligation we proved to be incompetent at anyway. Perhaps the real fear descending over DC isn’t about the free flow of oil but about the free flow of Emirati cash to the think tank luncheon circuit. Or perhaps Former Vice President Dick Cheney, who still claims, unbelievably, that he was “right about Iraq” got to the heart of hawkish opposition to the Iran Deal when he told an audience at the American Enterprise Institute this week that the deal will undermine “unimpeded access and control in all the domains of warfare in the Persian Gulf.” The Cheney wing of the GOP still seems incapable of asking whether this ludicrous goal is necessary or even sustainable.

The policy victory here over the Cheneyists is very real. But while Obama’s supporters may be enjoying the humiliation of the Iran Deal’s critics and the apparent pivot away from subservience to Gulf Arab dictatorships, the danger of conflict with Iran remains. Too many important people are still talking about war with Iran. And by continuing to use apocalyptic language to describe an Iranian nuclear breakout, rather than regarding it as a difficult but not existential strategic problem, the Obama Administration is only ensuring that if the deal does fall apart, we will be right back to square one debating whether to launch a military strike rather than asking how to live with a nuclear Iran. Of these two options, the latter remains the only sensible choice.

David M. Faris is chair of the Department of Political Science and Public Administration at Roosevelt University in downtown Chicago.