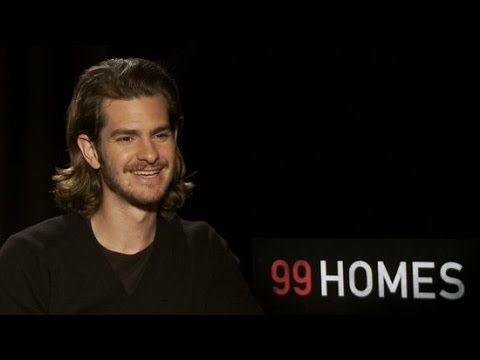 “Andrew Garfield spent hours with families who’d lost their homes in the foreclosure crisis to prepare for his role as a single dad fighting to stay afloat in 99 Homes. While those stories may have faded from the daily news cycle, he says they’re more relevant than ever in America, even singling out Donald Trump’s immigration policies as proof. Watch what Andrew had to say about the haves and the have-nots, playing a father for the first time, and, yes, his pride in now being able to rock a man bun. Catch 99 Homes in theaters starting Sept. 25.