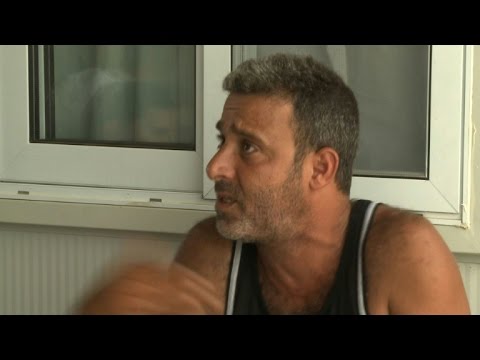 When Zionist Haganah militias carried out Operation Yiftach, on May 19 1948, the aim was to drive Palestinians in the northern Safad District which had declared its independence a mere five days earlier, outside the border of Israel.

The ethnic cleansing of Safad and its many villages was not unique to that area. In fact, it was the modus operandi of Zionist militias throughout Palestine. Soon after Israel’s independence, and the conquering of historic Palestine, the militias were joined together to form the Israeli armed forces.

Not all villages, however, were completely depopulated. Some residents in villages like Qaytiyya near the River Jordan, remained in their homes. The village, located between two tributaries of the Jordan — al-Hasbani and Dan rivers — hoped that normality would return to their once tranquil village once the war subsides.

Their fate, however, was worse than that of those who were forced out, or who fled for fear of a terrible fate. Israeli forces returned nearly a year later, rounded the remaining villagers into large trucks, tortured many and dumped the villagers somewhere south of Safad. Little is known about their fate, but many of those who survived ended up in Yarmouk refugee camp in Syria.

Yarmouk was not established until 1957, and even then it was not an ‘official’ refugee camp. Many of its inhabitants were squatters in Sahl al-Yarmouk and other areas, before they were brought to Shaghour al-Basatin, near Ghouta. The area was renamed Yarmouk.

Many of Yarmouk’s refugees originate from northern Palestine, the Safad District, and villages like Qaytiyya, al-Ja’ouneh and Khisas. They subsisted in that region for nearly 67 years. Unable to return to Palestine, yet hoping to do so, they named the streets of their camp, its neighborhoods, even its bakeries, pharmacies and schools, after villages from which they were once driven.

When the Syrian uprising-turned-civil-war began in March 2011, many advocated that Palestinians in Syria should be spared the conflict. The scars and awful memories of other regional conflicts — the Jordan civil war, the Lebanese civil war, the Iraq invasion of Kuwait, and the US invasion of Iraq wherein hundreds and thousands of Palestinian civilians paid a heavy price — remained in the hearts and minds of many.

But calls for ‘hiyad’ — neutrality — were not heeded by the war’s multiple parties, and the Palestinian leadership, incompetent and clustered in Ramallah, failed to assess the seriousness of the situation, or provide any guidance — moral or political.

The results were horrific. Over 3,000 Palestinians were killed, tens of thousands of Palestinian refugees fled Syria, thousands more became internally displaced and the hopeless journey away from the homeland continued on its horrific course.

Yarmouk — a refugee camp of over 200,000 inhabitants, most of whom are registered refugees with the UN agency, UNRWA — was reduced to less than 20,000. Much of the camp stood in total ruins. Hundreds of its residents either starved to death or were killed in the war. The rest fled to other parts of Syria, Lebanon, Jordan, Turkey and Europe.

The most natural order of things would have been the return of the refugees to Safad and villages like Qaytiyya. Yet, few made such calls, and those demands raised by Palestinians officials were dismissed by Israel as non-starters.

Israel, whose economy is the strongest in the region, has been the most tight-fisted in terms of offering shelter to Syrian refugees. This is a double sin considering that even Syria’s Palestinian refugees, who were expelled from their own homes in Palestine, were also left homeless.

Not surprisingly, there was no international uproar against a financially able Israel for blatantly shutting its door in the face of desperate refugees, while bankrupt Greece was rightly chastised for not doing enough to host hundreds of thousands of refugees.

According to UN statistics, by the end of August of this year, nearly 239,000 refugees, mostly Syrians, landed on Greek islands seeking passage to mainland Europe. Greece is not alone. Between January and August this year 114,000 landed in Italy (coming mostly from Libya), seeking safety. Around the same time last year, almost as many refugees were recorded seeking access to Europe.

Europe is both morally and politically accountable for hosting and caring for these refugees, considering its culpability in past Middle East wars and ongoing conflicts. Some are doing exactly that, including Germany, Sweden and others, while countries, like Britain, have been utterly oblivious and downright callous towards refugees. Still, thousands of ordinary European citizens, as would any human being with an ounce of empathy, are volunteering to help refugees in both Eastern and Western Europe.

The same cannot be told of Israel, which has alone ignited most of the Middle East conflicts in recent decades. Instead the debate in Israel continues to center on demographic threats, while loaded with racial connotations about the need to preserve a so-called Jewish identity. Strangely, few in the media have picked up on that or found such a position particularly egregious at the time of an unprecedented humanitarian crisis.

In recent comments Israeli Prime Minister, Benjamin Netanyahu, rejected calls to admit Syrian refugees into Israel, once more unleashing the demographic rationale, which sees any non-Jews in Israel, be they African refugees, Syrians, or even the country’s original Palestinian inhabitants, as a ‘demographic threat.”

“Israel is a very small state. It has no geographic depth or demographic depth,” he said on the 6th September.

When Israel was established on the ruins of destroyed Palestine, Palestinian Jews were a small minority. It took multiple campaigns of ethnic cleaning, which created the Palestinian refugee problem in the first place, to create a Jewish majority in the newly-founded Israel. Now, Palestinian Arabs are only a fifth of Israel’s 8.3 million population. And for many in Israel, even such small numbers are a cause for alarm!

While the refugees of Qaytiyya, who became refugees time and again, are still denied their internationally-enshrined right of return per United Nations resolution 194 of December 1948, Israel is allowed a special status. It is neither rebuked nor forced to repatriate Palestinian refugees, and is now exempt from playing even if a minor role in alleviating the deteriorating refugee crisis.

Greece, Hungry, Serbia, Macedonia, the UK, Italy and other European countries, along with rich Arab Gulf countries must be relentlessly pressured to help Syrian refugees until they safely return home. Why then should Israel be spared this necessary course of action? Moreover, it must, even more forcefully be pressured to play a part in relieving the refugee crisis, starting with the refugees of Qaytiyya, who relive the fate they suffered 67 years ago.