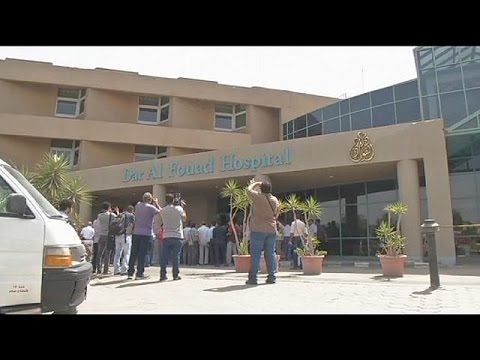 Gabriela Bejarano Rangel, the sister and daughter of the Mexican organizers of the tour to Egypt that met with tragedy Sunday, has been interviewed at Excelsior.com. The Egyptian military mistook the tourist convoy in the western desert near Siwa Oasis for terrorists and attacked them, killing 12 (it is said including 8 Mexicans) and wounding 10.

The incident is a major blow to Egypt’s struggling tourism industry, which has been hurt by the continued instability in that country. Most of the Mexican victims were from Guadalajara.

Mexican foreign minister Claudia Ruiz Massieu is flying to Egypt in a quest for answers. The Mexican government has demanded an explanation from the government of President Abdel Fattah al-Sisi. On the other hand, Mexico has expressed solidarity with Egypt’s struggle against Daesh (ISIS, ISIL) terrorists in the Sinai Peninsula. (The friendly fire attack however occurred in the western desert far, far from Sinai, perhaps related to border security problems with groups in Libya).

Ms. Bejarano says that her mother has been organizing trips to Egypt for a decade, coming sometimes twice a year. She does not believe the Egyptian government’s allegation that the tourists had strayed into a forbidden zone. “They were in a permitted area,” she maintains. Her mother’s group had gone to that region many times without incident. It was only forbidden to camp out there.

She said they had a long relationship with an experienced Egyptian set of guides, one of whom was killed in the attack.

The reporter actually asked her if the group had any ties to extremists. She denied it absolutely, saying they weren’t even extreme fans of any entertainers. (The English “fan” comes from “fanatic,” but in Spanish they still say the whole word, fanático, so she was playing on extremist and fanatic as synonyms with different connotations).

Egypt Independent interviewed Gabriela’s aunt, Marisela, who was among the wounded. She said that Araceli Rangel Davalos and her son Rafael were Reiki healers.

Reiki, a form of faith healing, was founded by a Buddhist monk in Japan in the 1880s and has Mexican adherents.

I had been wondering what this group was doing out by the Siwa Oasis, and now think they must have been going for therapeutic tourism. One web guide to this activity says,

Siwa Oasis enjoys numerous properties that place it at the top of the list of these sites recommended for therapeutic tourism. It is distinguished by a calm, clear environment and mild temperature. By boiling the deep subterranean pollution free mineral water a treatment is available for treating renal stones.

Gabal al Takrour is important for the tourists to Siwa in treating Rheumatism and general weakness by burring the patient in hot sands surrounding the mountain.

Instead they stumbled into Egypt’s war on terror. Maybe more Egyptian leaders on all sides should take the waters at Siwa and calm down, before they throw the country into even more chaos.

Interesting historical fact: In early 1863, Khedive Said sent a contingent of Egyptian troops to fight on the side of Napoleon III’s forces in the latter’s failed military intervention on behalf of Emperor Maximilien. I think that was the last time there were this many fireworks between the two countries.