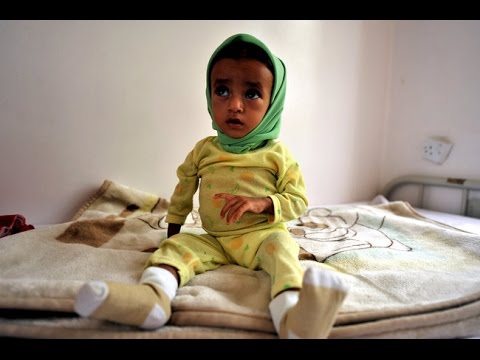 UNITED NATIONS (IPS) – An outbreak of dengue fever in Yemen’s most populated governorate has prompted urgent calls from the World Health Organisation (WHO) for a “humanitarian corridor” to facilitate the flow of medicines to over three million civilians trapped in the war-torn area.

Taiz, located on the country’s southern tip, has been on the frontline of fighting between Houthi rebels and a Saudi Arabia-backed coalition of Arab states supporting fighters loyal to deposed President Abd-Rabbu Mansour Hadi since March 2015.

Three of Taiz’s major hospitals have either been destroyed or are inaccessible, leaving 3.2 million people – many of them sick or injured – without access to basic healthcare.

An estimated 832 people in the governorate have died and 6,135 have been wounded since the war broke out.

To make matters worse, in the past two weeks alone the number of suspected dengue cases has nearly tripled from 145 cases in early August to nearly 421 by the month’s end.

As the conflict escalates with both sides showing little regard for civilian safety, the WHO fears that the health situation will deteriorate in the coming months, worsening the misery of people caught between Houthi gunfire and Coalition airstrikes.

In a statement released on Aug. 27, WHO Regional Director for the Eastern Mediterranean Ala Alwan said: “All parties to the conflict must observe a ceasefire and demilitarize all hospitals and health facilities in Taiz, allow for the safe delivery of the supplies, implement measures to control the dengue outbreak, provide treatment and enable access to injured people and other patients.”

A mosquito-borne disease caused by the dengue virus, this tropical fever causes flu-like symptoms including high temperatures and muscle pains.

If symptoms are not quickly identified and managed, the patient may experience dangerously low platelet counts, internal bleeding or low blood pressure. Undetected, the disease can be fatal.

With huge numbers of displaced Yemenis living in cramped and unsanitary makeshift settlements, it is small wonder that the disease is moving so rapidly.

The WHO’s most recent situation report for Yemen reveals that the country has logged over 5,600 suspected cases of dengue fever since March, including 3,000 cases in the coastal city of Aden alone.

Incomplete levels of medical reporting as a result of heavy fighting suggest that the real number of cases could be much higher.

Children are more likely than adults to develop the severe form of the disease, known as the Dengue Haemorrhagic Fever. With children accounting for over 600,000 of the nearly 1.5 million displaced in Yemen, health officials are on red alert.

Since there is no vaccine against the diseases, and no specific antiviral drug with which to treat the symptoms, prevention is the only long-term solution.

The WHO is partnering with other organisations and local health authorities to distribute insecticide-treated mosquito nets, educate families on the causes of the diseases, conduct indoor spraying to disrupt breeding grounds and secure necessary laboratory supplies for medical facilities.

These tasks are not easily accomplished in the midst of relentless air strikes and heavy fighting.

“We need protection and safety for all people working to control the worrying outbreak of dengue fever in Taiz,” the WHO said today, adding that parties to the conflict must stay mindful of their obligations under international law to protect medical facilities and health personnel during war-time.

PressTV: “Children’s hospital on verge of closure in Yemen”