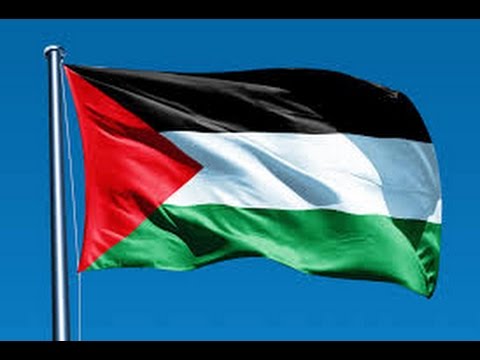 A draft resolution on raising the Palestinian flag at the United Nations will likely be adopted next week in time for president Mahmoud Abbas’ visit to New York, the Palestinian envoy said on Thursday.

According to AFP, the UN General Assembly will vote on September 10th on the measure that is almost certain to garner a majority of votes in the 193-nation forum.

“We have the votes and we are working to get as many votes as we can,” said Riyad Mansour, the Palestinian representative to the United Nations.

Once adopted, the UN will have 20 days to carry out the decision, which would be in time for Abbas’ visit on September 30th.

Mansour declined to say whether a formal flag-raising ceremony would be held during Abbas’ visit, an event that would highlight the Palestinians’ aspirations for statehood.

The draft resolution presented last week to the General Assembly would allow the flags of Palestine and of the Holy See to be hoisted alongside those of the 193 member states.

Both the Vatican and Palestine have non-member observer status at the United Nations.

Israel’s envoy to the United Nations expressed strong opposition to the initiative, this week, accusing the Palestinians of trying to “score easy and meaningless points at the UN.”

Ambassador Ron Prosor had asked UN Secretary-General Ban Ki-moon and General Assembly president Ron Kutesa to block the move, which would break with the UN practice of flying only the flags of member states.

UN spokesman Stephane Dujarric said Ban would abide by the General Assembly decision. European countries were discussing the vote and could decide to abstain, according to a diplomat. The General Assembly upgraded the status of the Palestinians to that of non-member observer state in 2012.

Abbas and Israeli Prime Minister Benjamin Netanyahu are among the world leaders converging on UN headquarters as of September 25th for an anti-poverty summit and the annual General Assembly debate.

Pope Francis is to make a much-anticipated address on September 25th, PNN reports.

The Holy See said it would abide by the decision of the General Assembly. But it also noted that the tradition at the United Nations was to fly the flags of full members.

The flags of all 193 UN member states fly outside UN headquarters in New York and other UN offices — but not the flags of the two non-member observer states, Palestine and the Vatican.

The Palestinians are seeking General Assembly approval of a draft resolution that would allow non-member observer states to raise their flags.

Several nations have shown support for the Palestinians’ pursuit of statehood, including the Vatican. In May, the Vatican officially recognized the state of Palestine with a bilateral treaty.

“We continue to believe that Palestinian efforts to pursue statehood or endorsements of statehood claims through the U.N. system that are outside of a negotiated settlement … (are) counterproductive,” U.S. State Department spokesman Mark Toner said, adding that this includes raising the flag.

A spokesman for the U.N. secretary-general, Stephane Dujarric, told reporters Tuesday that the U.N. will abide by whatever the General Assembly decides.