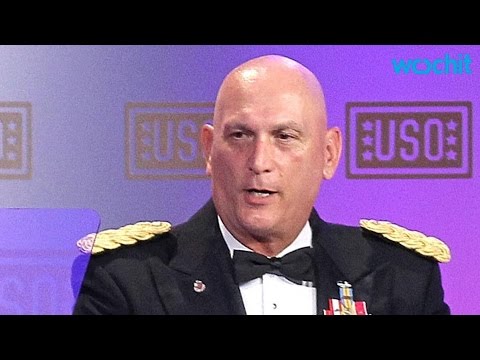 Public remarks by the head of the US Defense Intelligence Agency and by John Brennan, director of the CIA, suggest that Washington is making its peace with a break-up of Syria and Iraq. They hastened to say that break-up was not US policy, they simply saw it as likely. (Despite what conspiracy theorists allege, and despite the failed Biden initiative, US policy has consistently favored keeping Iraq together; it is easier to sign one oil deal than three after all). Last month similar sentiments were voiced by outgoing US commander in Iraq, Gen. Ray Odierno.

Gen. Vincent Stewart of the DIA said he couldn’t see the Kurdistan Regional Government of northern Iraq coming back under Baghdad’s rule, and that with regard to Syria, “I can see a time in the future where Syria is fractured into two or three parts.”

Brennan echoed these views, saying that the Middle East could well look different in coming decades.

Obviously, at the moment Iraq and Syria are fractured. And Stewart and Brennan (the latter is an Arabist) could well be right. But this outcome cannot be taken for granted.

My views on this sort of topic have been shaped by my experiences in Lebanon and elsewhere in the Middle East over the past 40 years, as well as by my work as a historian. I can remember in the late 1970s everybody thought Lebanon was a goner and pundits were suggesting it might split into cantons. Before that, when I was a teenager, I remember the failed Biafra attempt to secede from Nigeria. I have a vague recollection that as a teenager I was involved in some minor fundraiser for victims of the resulting war.

The fact is that as irrational and fragile as the colonial borders are, they have been remarkably resilient. And, there are practical reasons for that resilience. Often, smaller units than the ones that made sense in the age of colonialism are not economically viable. That is, colonial boundaries often were not completely illogical with regard to regional markets.

Thus, France carved Lebanon out of Syria in 1920 in hopes of having a Christian-majority colony that wouldn’t be too much trouble to rule and maintain. But to make it viable France gave it the Sunni ports of Tripoli and Sidon and the Shiite one of Tyre, and substantial Sunni populations in Akkar and parts of the Biqaa Valley, as well as Shiite populations in Jabal Amil and Baalbek. The non-Christians had more children over time and were less likely to emigrate, so the Christian majority evaporated. A tiny Christian state in east Beirut and Mt. Lebanon would not have been economically viable in the 1920s. But it also would not be economically viable today. Like it or not, the Lebanese need one another.

Eric Hobsbawm, the great historian, looked into the Marxist theory that markets create states and decided it was wrong. States, he found, create markets. And, I would argue, colonial states functioned in the same way. So when colonialism ended there was a successor state underpinned by a national market. Postcolonial states may look like vagabonds dressed in an odd assortment of clothes and rags, but underneath their skeletons are firmer than it seems on the surface.

It is hard to see today’s divisions of Syria lasting. Daesh (ISIS, ISIL) holds mainly desert towns and is landlocked. Raqqa and Palmyra can’t support a state in the long run. Nor could west Aleppo to Idlib be a state under al-Qaeda and its Salafi allies. The Alawite area around the port of Latakia would have trouble surviving on its own economically even if its Syrian interior would let it go, which they won’t.

My guess is that sooner or later, some Syrian force will take the whole enchilada. Or the various factions could cobble together a fragile peace with a loose federalism. But Raqqa just can’t go it alone forever, and won’t be allowed to.

With regard to Iraq, while Gen. Stewart is right that the Kurdistan Regional Government will remain semi-autonomous, there are many reasons (Turkey is 75 million of them) why declaring an independent Kurdistan state will be difficult. Given Turkish President Erdogan’s current war on the PKK, a radical Kurdish group holed up in the KRG, any move toward independence would be fraught indeed. And this is a change from last summer, when it looked like Ankara had a peace process with the Kurds. At the moment, it looks as though the KRG will go on needing the fig leaf of Iraq.

As for the Sunni regions in Iraq now under Daesh, my guess is that they will be reconquered. I am not advocating this reconquest, which will be bloody, but Iraq’s 19 million Shiites are not likely to give up on having Mosul, and they can’t be stopped by 6 million Sunnis from taking it back if they really want it. Moreover, neighboring Iran doesn’t want Daesh in its neighborhood, and that’s 75 million reasons it won’t likely remain so (not to mention the antipathy of Russia, China and NATO).

The Sunnis who might secede in Iraq are vastly outnumbered by the Shiites who have economic, geopolitical and nationalist reasons to prevent them from doing so. Moreover, the Shiites have the resources, such as the southern oil fields and the backing of neighboring Iran. The Sunnis have the desert sands.

So with the exception of Kurdistan, in the medium to long term Syria and Iraq likely won’t break up, even if they are ruled by different cliques in the end.

It should also be stressed that partitions don’t necessarily bring peace. South Sudan was broken off from the north and become less stable, not moreso. Turns out that the Dinka and Nuer may have been oppressed by Khartoum, but they might also sometimes have benefited from having Khartoum to unite against or to mediate between them. Now they have no one to do so and are just slaughtering each other. In other instances, groups that had fought within a polity go on fighting across the border after a partition, as with India and Pakistan.

Mr. Sykes and Mr. Picot may have the last laugh.