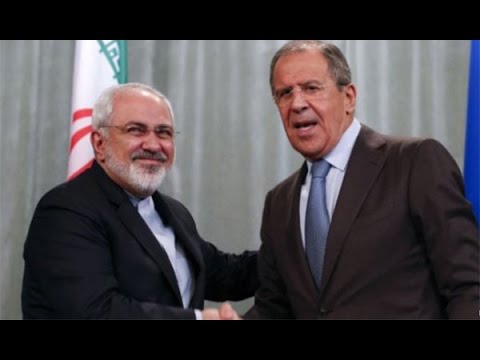 The Jabhat al-Nusra or Support Front is one of the major rebel groups in Syria, holding extensive territory in the hinterland of cities like Homs and Aleppo and in the province of Idlib. The Support Front is just al-Qaeda. It has announced allegiance to Ayman al-Zawahiri, the leader of . . . al-Qaeda and one of the figures who planned out and helped implement 9/11 (al-Zawahiri, an Egyptian physician from an elite family in Ma’adi, Cairo, was Bin Laden’s number 2 and is now number 1.)

The terrible thing is that the Support Front, unlike core al-Qaeda, has actually managed to take territory and is ruling parts of Syria as a mini-state.

So the Support Front of Syria would be America’s worst enemy, right? The US military and the CIA would be plotting its demise? Staunch American allies like Israel are joining in the effort to destroy it, correct?

The US is heavily and regularly bombing Daesh (ISIS, ISIL), itself an offshoot of al-Qaeda. But strikes against al-Qaeda in Syria are rare.

Israel appears to be de facto allied with the Support Front in the Golan Heights against Lebanon’s Shiite Hizbullah and against the Baath regime of Bashar al-Assad. Israel has been bringing wounded al-Qaeda warriors over to Israeli hospitals for treatment, a policy that provoked a riot by Israeli Druze in the Occupied Golan (al-Qaeda has targeted Druze populations, which it considers heretics.)

In Idlib Province and around Aleppo, the far right but less radical Ahrar al-Sham (Free Men of Syria) rebel militia has made some advances against al-Assad’s troops. Its representative argued in an NYT op-ed that the US should support the Free Men of Syria. But they don’t believe in democracy and would like to erect a Taliban-style state in Syria.

That set of values might give Washington pause about an alliance. But it gets worse. The Free Men of Syria are actively and genially allied with al-Qaeda.

Maybe I’m just funny that way, but I object to allying with allies of al-Qaeda. Al-Qaeda killed nearly 3,000 Americans in a single day.

Amazingly, a US joint effort alongside al-Qaeda doesn’t seem out of the question. Former general and former CIA director David Petraeus advocates wooing the Support Front away from their allegiance to al-Zawahiri and then deploying them against Daesh. This policy would be a repeat of what Petraeus and other generals did in Baghdad and al-Anbar Province in 2007, getting Sunnis to turn on al-Qaeda and fight against it. But Iraq’s Shiite government never forgave the “Sons of Iraq” for having previously been al-Qaeda, and it prosecuted some of them after Petraeus left. Others it just left twisting in the wind, so that they were executed by their former al-Qaeda colleagues.

Nor would a US-al-Qaeda alliance on the ground be unprecedented.

The first American alliance with al-Qaeda came in the 1980s, when the Reagan administration deployed the Mujahidin or holy warriors of Afghanistan against the People’s Democratic Republic of Afghanistan and its Soviet patron. US allies such as Saudi Arabia and Egypt, supporting this anti-Communist jihad, released their radicals to Peshawar in Pakistan as support for the Mujahidin, a development that was fine with the United States.

The American support for radical Muslims against the left seems foolish for two reasons decades later. First of all, it was unnecessary. The Reagan jihad was launched on the eve of the collapse of the East Bloc and of the Soviet Union. Contrary to what right wing pundits allege, the Reagan covert war against the Soviets had nothing to do with the latter’s fall. Military spending in Moscow’s annual budget was flat in the 1980s. Reagan did not bankrupt the commissars via the Mujahidin. The other development that makes this strategy appear foolish in retrospect was the September 11, 2001, attacks themselves, carried out at the orders of Usama Bin Laden and other al-Qaeda leaders who previously had been allies of the US-backed Mujahidin. Encouraging Muslims to radicalize was foolish because it was like pulling the pin on a grenade and then just sitting on it.

It is heresy to say so in hyper-capitalist Trumpland, but everybody might have been better off if Reagan had just left the Communists in Afghanistan alone. We don’t usually hear dire things from Kazakhstan, and Afghanistan would likely have evolved in similar directions. Instead, the Mujahidin took over and then some morphed into Taliban, who hosted al-Qaeda. Kazakhstan is hardly paradise but compared to Afghanistan today it is a kind of heaven.

Because of the 3,000 dead, I can’t accept a US alliance with al-Qaeda in Syria or with groups like Ahrar al-Sham that in turn are allied with al-Qaeda. You can’t suck up to Ayman al-Zawahiri and then get close US air support in your battles. On the other hand, Bashar al-Assad has been dropping barrel bombs on kindergartens and has tortured thousands of political prisoners to death. He can’t be allowed to remain in power.

The US needs to work with Iran, Russia and China to convince the Baath Party high officials to dump Bashar al-Assad and then to go to national elections for a pluralist parliament and a new form of provincial federal decentralization. The Baath Party has already lost 60% of the land area of the country and over a third of the population. If it goes on like this with war criminality, it will lose everything, and al-Qaeda will pick up the pieces. If hard ball diplomacy and trading of horses has to be done, it should be done with Moscow and Tehran, not with al-Qaeda. Another 1980s style American jihad has the potential to create another 9/11, which I’m not sure our democracy can survive.