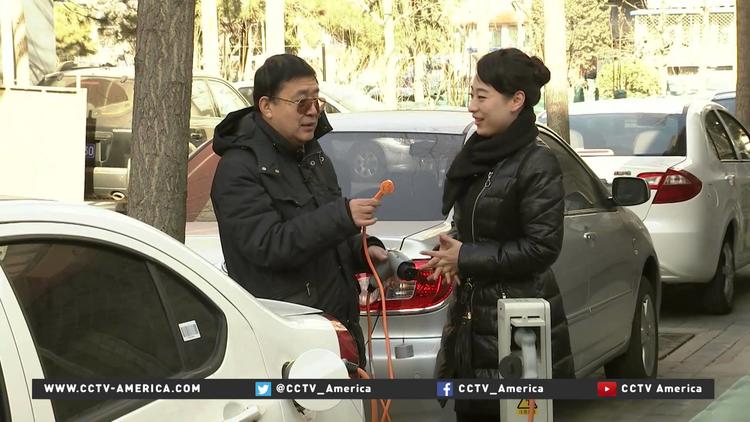 In the last fifteen years the United States has spent a total of between $4 trillion and $6 trillion on its twin wars in Iraq and Afghanistan, all the while running up its national debt, and damaging its international prestige. The root cause of these foreign entanglements, and America’s costly position as Middle Eastern hegemon, stems directly from the perceived need, since the 20th century, for any great power to control oil-rich areas of the planet. Meanwhile China may be on its way to being a hybrid leader that can avoid this type of overseas adventurism as it tries to rapidly abandon fossil fuels and modernise its unstable neighbours’ economies.

Internally, despite the serious drawbacks of corruption, massive pollution and uneven social benefits, the Chinese Communist Party (CCP) strategy of buying off political discontent at home with economic development has broadly worked since the first pro-market reforms were initiated back in 1978. By any reasonable measure of human timeframes it has succeeded. GDP per capita in China stood at approximately $12,000 USD per person in 2015, when adjusted by purchasing power parity. While this conceals big disparities between provinces, and China’s growth has slowed significantly recently, to ‘only’ 7.4% in 2014, the CCP is still China’s undisputed ruling party. While rates of growth may be the lowest since 1990, personal incomes in China’s nine coastal provinces and cities have now roughly caught up with developed countries.

But to achieve all this economic growth, and to satisfy the consumer demand that has come with it, the CCP has overseen a huge increase China’s energy consumption. Coal consumption from domestic and foreign sources like Mongolia used to generate electricity skyrocketed from 1500 million short tons in 2000 to 4500 million in 2014. Meanwhile oil imports for its booming transportation sector turned China into a net importer of fossil fuels by the early 1990s. In 2009 the country became the world’s second largest importer of petroleum products. It became the largest global energy consumer in 2011, and then passed the United States as the largest net importer of petroleum at the end of 2013.

The major danger for China is that as its thirst for energy grows it risks getting dragged into the same poisonous political conflicts that have dogged America since it allowed itself to be drawn into the Middle East under the Carter doctrine, and later Central Asia. Already over half of China’s total oil imports came from the Middle East and the country is finding its firms responding to the same market incentives as previous customers did before them. The huge Chinese market’s central importance to competing Middle Eastern producers will also incentivize them to maintain or expand their current export levels to the People’s Republic. China’s oil consumption growth accounted for about 43% of the world’s oil consumption growth in 2014 and was projected to account for account for more than one-fourth of the global oil consumption growth in 2015.

Even as the various threats to that supply attract the worried gaze of Chinese diplomats and security chiefs, finding the energy supplies to meet consumer and industrial demand has forced the wary CCP to raise its profile overseas as Chinese oil companies have ventured into countries where the Chinese state has been compelled to follow. Admirers have noted its grand strategy as well as plans to invest in developing troubled states like Pakistan. The latest example of this has been China’s contribution of peacekeeping troops to South Sudan, a template for a foreign policy in service to a business-driven diplomatic strategy. China has also been active in seeking to calm tensions in Central Asia, where pipelines crossing the region linking China to local suppliers as well as Russia’s Siberian gas fields are being mooted.

However the Chinese are also arriving as a superpower when efforts to wean consumers and industry off fossil fuels are bearing some potentially interesting fruit. When America was becoming a superpower oil was the strategic resource par excellence. China’s rise coincides with a much wider array of energy resources and power generating options, if her leaders choose to take advantage of them. Wary of entanglements abroad, and watching with increasing concern the price-tag that fossil fuel economic development has brought with it at home, there is reason to believe that Beijing is hedging its bets with its future energy polices.

China has already elaborated on targets it struck with the US in November 2014 to cut its greenhouse gas emissions per unit of GDP by 60-65% from 2005 levels under a plan submitted to the United Nations ahead of the Paris climate change. China also said it would increase the share of non-fossil fuels as part of its primary energy consumption to about 20% by 2030. According to estimates by E3G, an environmental NGO, if successful this plan will see China install as much low-carbon energy as the whole of America’s electricity system capacity to date. A key test of its ability to meet these ambitious targets will be how effective its introduction of a national cap-and-trade system by 2017 is. Trials since 2013 have produced mixed results and even China’s authoritarian one party-state may struggle with the scale and complexity of the challenge.

While critics may be justified in voicing some scepticism towards a country with a track record for producing woefully inaccurate data, Beijing’s announcement stands in stark contrast to the political gridlock in the US at the federal level over producing a national program for pricing carbon. There fracking has driven a revival of the domestic US oil industry and subsequently a lowering of the international market price as America’s Middle Eastern allies cut prices in response. Yet America remains militarily embedded in an unstable region, whose oil supplies it may no longer need to rely upon so heavily, and whose fossil fuel resources may be gradually on their way out in the coming decades. As rapidly developing renewable technologies provide the power to new devices designed to run off electric battery power, China seems to be the country with one eye on the future.

Economic modernisation can go hand in hand with security if Beijing moves away from a carbon-heavy model of energy generation and moves as far as possible towards meeting its energy needs from solar, wind and nuclear sources. Solar energy in particular is becoming a real affordable alternative for many (still) developing countries like China. Switching away from coal burning power plants to greener ways to generate power has long been a Chinese aim, as well as a stumbling block (with the Chinese version of the oil lobby leading the opposition). If it invests in green electricity now it can also be a key early beneficiary of a global move towards electric powered vehicles, which are already beginning to appear on the market. A decade or more long term project to map out and build a network of charging stations for electric cars and trucks would do a lot more good to boost China’s flagging economy then building more empty apartment blocks. It would also give China a valuable industry to export around the world.

By some measures China has already achieved the world’s largest economy and overtaken the US as the world’s economic engine. Politically it is far better placed to concentrate its resources and attention in the countries along its periphery whilst America spreads itself thinly, trying to pivot to Asia, contain Russia, and support its allies in Europe and the Middle East all at the same time. But the process of moving to a Sino-centric world order will take many decades and is not based on economic progress alone. A rising China still faces many internal and external challenges it must overcome before it can supplant the US as the pre-eminent global power. Modern China’s leaders would continue to profit today if they managed to refrain from the type of aggressive foreign interventions that powers like France and Russia have lately joined the US in making and spent more time thinking about how to charge and power their planes, ships, trains, cars and trucks with clean energy.