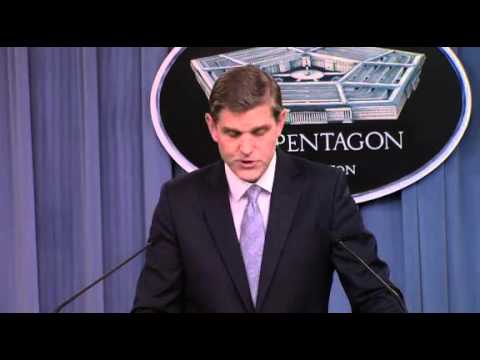 It is tough for Iraqi Kurdistan to turn down any kind of aid when it comes to fighting the Islamic State. So now the Kurdish are not sure whether to stand with the US or to ask for help from the Russians.

The relatively new Russian intervention in Syria and Iraq, supposedly to join in the fight against the extremist group known as the Islamic State, has put Iraq’s Kurdish politicians in a bind. It seems to those in the semi-autonomous northern region that they are now looking at two different fronts in the war against the Islamic State, or IS, group. One involves Russia, Iran and Syria and the other, the US and it’s allies in a fairly wide-ranging international coalition. So should the Iraqi Kurdish be going with their traditional allies, the US? Or could they too use a little help from former friends-turned-enemies, the Russians?

So far the Iraqi Kurdish haven’t taken any concrete stand on the issue. The Iraqi Kurdish military do not have any representatives in the joint operations room for sharing intelligence in Baghdad, Safeen Dizayee, the spokesperson for the government of Iraqi Kurdistan, told NIQASH – those party to the room are representatives from Syria, Iran, Russia and federal Iraq.

Dizayee told NIQASH that his government was mostly concerned what would happen if the two different groups don’t coordinate in the fight against the IS group. “It will create problems as each side will be trying to fight the IS group their own way,” Dizayee suggested. “And there could be problems in the air because some of the Russian missiles may be passing through civilian air space over us.”

Dizayee also wanted to stress this point: “It is not this regional government’s business to choose a side – and we don’t want to do that either”.

The Russians haven’t approached us, confirms Falah Mustafa, who heads Iraqi Kurdistan’s version of a Ministry of Foreign Affairs. This is despite the fact that Russia has a consulate in Iraqi Kurdistan and the lack of contact compares badly with US efforts, where delegations were sent to discuss security plans with the Iraqi Kurdish government.

But Mustafa also believes that any help fighting the IS group should be appreciated. “However if there is no coordination between the US and the Russians, that can only further increase tensions in this region and that will obviously have an impact on Iraqi Kurdistan,” he said. “It is very difficult to tell which side the Iraqi Kurdish should choose.”

History may make some difference here. While the US has generally been on good terms with Iraq’s Kurds, if not downright supportive, the Russian story is a little different. The Russians were most supportive to the Kurds of Iraq during the middle of last century when Mustafa Barzani, the father of the current President of the region, Massoud Barzani, found asylum in Soviet Azerbaijan for over a decade, after a failed revolution against the then Iraqi government. Russia also helped to negotiate a truce between Iraq’s Kurds and the Iraqi government in 1970, which led to the creation of the first version of the semi-autonomous region that is now Iraqi Kurdistan.

However that truce eventually lapsed and during the rest of the 1970s and then into the 1980s, the Russians became closer to the Iraqi government led by Saddam Hussein, supplying armaments and encouraging political and economic relations. “The relationship between Iraq’s Kurds and Russia ended in 1972 when Moscow signed a military agreement with Iraq,” says independent Kurdish politician, Mahmoud Othman, a prominent politician at the time.

Russia’s support of the Iraqi government did considerable damage to the Kurdish cause in Iraq, both physically and politically. Nonetheless in February of 2013, Iraqi Kurdish president Massoud Barzani visited Russia and it was described as a new beginning for the two.

“Past developments tell us that it would be better to choose to side with the US,” argues Tahseen Dolmari, an MP in the Iraqi Kurdish Parliament and a member of the Kurdish Parliament’s Committee on Foreign Relations. There are doubts about why Russia is intervening in Syria and in fact, the intervention may cause more security problems in Syria rather than less – which would obviously affect the Iraqi Kurdish region too, he argues.

Russia’s intervention will force Iraqi Kurdistan to navigate a very cautious and moderate course between Russia and the US, suggests Ihsan al-Shammari, a politics professor at Baghdad University and head of a local think tank, The Iraqi Centre for Political Thought. “The danger posed by the IS group is such that Iraqi Kurdistan cannot afford to ignore any offers of help,” al-Shammari told NIQASH. “Taking an anti-Russian stand would have a negative impact on the region too.”

Al-Shammari believes that how the Iraqi Kurdish position between the US and Russia develops will also depend on what kind of coordination the two major powers can negotiate – everyone in the area is certain that coordination is essential.

Russian’s intervention here aims to protect Russia’s interests, adds Shakhwan Abdullah, another Iraqi Kurdish MP who is also on the Iraqi Parliament’s Security and Defence Committee in Baghdad. “Bringing Russian military forces into Iraq would require the approval of Iraq’s Parliament anyway,” Abdullah concluded. “Iraq already has a security agreement with the US. And Russia doesn’t want to engage in a conflict inside Iraq.”

VOA: “US official 70 hostages rescued during raid in Iraq”