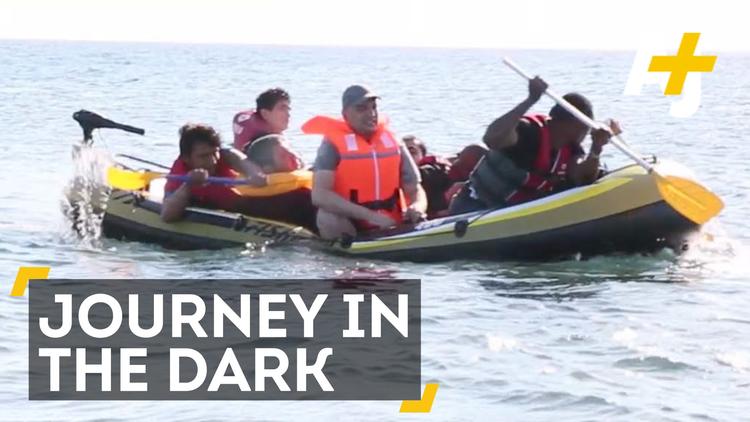 With the world’s focus firmly on the European response to the refugee crisis in recent weeks, attention has been diverted away from the humanitarian needs of the Middle East itself.

Only a minority of refugees have fled to Europe, with the majority of Syrians travelling across neighbouring borders to Jordan, Turkey and Lebanon. These movements of people have placed considerable pressure on already stretched public services, and children – one of the most vulnerable groups – are being severely affected.

Hundreds of thousands of them are at risk of becoming ill, malnourished, abused and exploited – and for the vast majority, they have no access to education.

A significant proportion of the 13m children reported by UNICEF as deprived of an education in the Middle East, are from Syria. With limited and interrupted education, what does the future hold for these children – and for the future of Syria?

The humanitarian needs of the region are complex. Each year, international aid providers struggle to provide resources to this enormous regional diaspora, with donor pledges failing to meet annual strategic response plan targets.

Most recently the UN World Food Programme has had to cut food rations substantially for populations in all refugee hosting countries. Though rarely highlighted in mainstream media there is undoubtedly a connection between these cuts and the current European migration crisis.

Syrian children in Jordan have access to education within the two main formal refugee camps, but only a small number attend because their parents need them to work to support their families.

Tara Shoham, a researcher with the Emergency Nutrition Network, described to me how refugees have to compete with the poorest among the local population for access to critical services. After visiting the Zaa’tari Camp and the informal tented settlement in Jordan she reported:

Educational facilities are limited, with many parents in financial difficulty resorting to marrying off their young teenage girls and sending their children to work instead of school.

The situation is the same in Turkey and Lebanon – increased demands on public services have fractured and overwhelmed systems for refugees and locals alike. Most refugee households are left with no choice but to use their children to support their families, limiting their chances of obtaining an education.

Accessing education is not the only issue. The quality of education has declined as a result of overcrowded classrooms (there are on average 120 children to each teacher in Zaa’tari camp in Jordan). Not only are Syria’s neighbours dealing with curriculum complexities and cultural barriers, they have had to absorb the influx of refugees into already underfunded education systems.

With only 2% of international humanitarian aid allocated to education, it is hard to see how Syrian refugee children will receive an education.

Positive moves, but not enough

There are a number of positive initiatives taking place to support learning opportunities. In Syria, where there are an estimated 2m children out of school or at risk of dropping out, UNICEF has launched the Back to Learning initiative for 2015-16 – aiming to reach more than 1m children with education supplies.

In Turkey, the Syrian teacher incentive programme has been scaled up with 5,503 teachers supported monthly to improve the quality of learning for over 175,000 Syrian refugee children.

In Jordan, UNICEF and 20 partners are working on the Makani (My Space) programme, with 128 Makani centres providing alternative education, psychosocial support and life skills already in place and another 93 expected to be in place by the end of 2015.

The private sector is also involved. Pearson, the global educational publisher, is planning to spend £1m to help find solutions for Syria’s refugee education crisis, as well as another £500,000 to support 2 education centres in Amman designed and run by Save the Children.

According to Save the Children, the long-term impact of Syrian children never returning to school is estimated at 5.4% of Syria’s GDP, or £1.5 billion. The charity has called on donors to fund the $224m the UN estimates is required for the education of Syrian children.

Syria needs its children to build a better future but education is more than just economics – it is about aspiration, hopes and dreams. After the trauma they have gone through Syrian children deserve to dream of new beginnings.

AJ+: “Syrian Refugee Boy Risks His Life To Go To School In Europe”