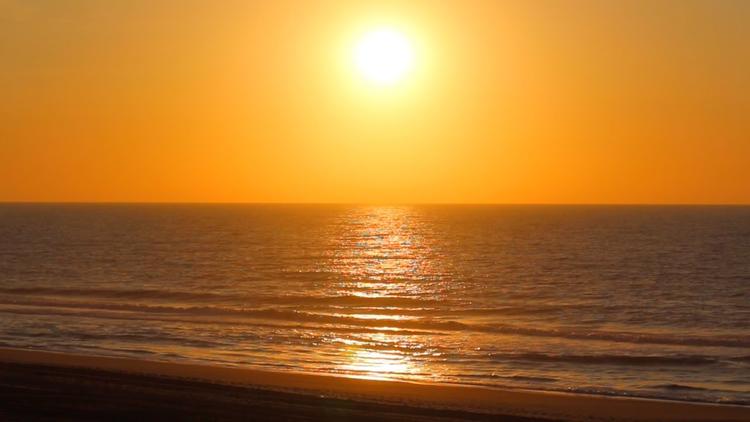 “According to a recently published study, Miami, New Orleans, and a number of other US cities are already beyond the point of being saved from rising sea levels. As the world’s temperature continues to increase, the West Antarctic ice sheet is under threat, and carbon emissions are still being produced at high levels.

According to a study recently published in the Proceedings of the National Academy of Sciences, over 20 million people in the US are at risk of having their cities and homes completely lost to the rising sea based on current trends.

Though a drastic reduction in current carbon emission rates and a resulting stabilization of the ice sheet offer some hope for most of them, Miami and New Orleans are predicted to fall under rising sea levels. Sacramento, Boston, Norfolk, Savannah, and Tampa are also on the researchers’ list of places that are beyond the point of saving. Others have a fighting chance if carbon emissions revert back to levels found in 1950 by the year 2050. Models show that New York City likely has until 2085 and Long Beach, California, until 2075 before they become submerged. Jacksonville, Florida, on the other hand, only has roughly 20 years to see a significant reversal of current trends.”

Why is Miami the Most Climate Vulnerable City in the United States?

Miami ranks #1 in terms of assets exposed to coastal flooding according to the Organization for Economic Co-Operation and Development. This is primarily due to extensive coastal development at sea level.

Miami’s Only Source of Drinking Water is at Risk

What makes Miami uniquely vulnerable is that it sits on very porous limestone rock. Limestone looks similar to Swiss cheese and carries a lot of freshwater in it (this is called an aquifer). This aquifer sits right under Miami and supplies most of South Florida’s drinking water. Over one-third of Floridians -nearly 7 million people- rely on this aquifer for drinking water. As the sea level rises it not only goes up over the coast, but also pushes underground through the holes in the limestone causing saltwater to seep into the freshwater. This is called salt-water intrusion. Salt-water intrusion also increases the amount of water in the limestone raising the water table and making it harder for rainwater to percolate down into the ground. As a result, the rainwater has nowhere to go, resulting in greater flooding on land.

What is Sea Level Rise?

Sea level is the location of the sea in relation to the land. In South Florida we have seen about 12 inches of sea level rise since 1880. Sea level rise is caused by two things:

1. Thermal expansion – when the ocean gets warmer it expands causing the sea level to rise.

2. The melting of land-based ice (mountain glaciers and polar ice sheets). As this ice melts it has the potential to significantly increase global sea levels.

Most of the recent increases in thermal expansion of the ocean and land ice melt are consequences of human caused climate change.

Can We Stop Sea Level Rise?

In the short term, no, because of our excessive burning of fossil fuels, we are committed to most of the sea level rise that will occur in the next 50-100+ years and there may not be much we can do to stop the rise. In the long term, we can reduce our carbon footprint so as to help future generations. Florida is slowly adapting to sea level rise, mostly through the use of pumps, beach re-nourishment and raising of roads and buildings. However these efforts also use a lot of energy causing an increase, instead of a decrease, in carbon emissions.

How Fast Will the Sea Rise?

A global sea level rise of 4.1 to 6.6 feet is likely in this century. Some scientists estimate we could have two feet of further sea level rise as early as 2048.

Can We Build Levees Around Miami?

Information compiled from Florida Atlantic University’s Climate Change Initiative & from contributions by Professor Hal Wanless of the University of Miami.