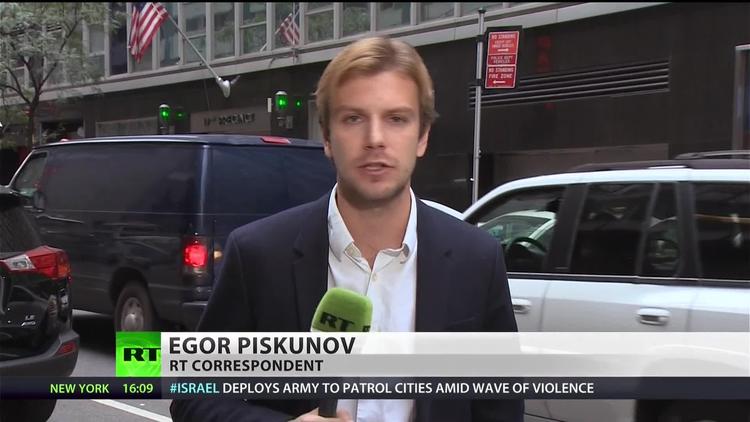 Being Muslim can’t be the basis for law enforcement surveillance. That was the message from the Third Circuit last Tuesday when it told the plaintiffs in Hassan v. The City of New York that their lawsuit could go forward. The plaintiffs are suing over the New York Police Department’s suspicionless mass surveillance operation revealed by the Associated Press in 2011.

The NYPD targeted the plaintiffs, who include student groups, imams, business owners, and individuals, based solely on religion. The court’s decision affirms what should be an obvious principle: being Muslim (or from a country with a lot of Muslims) is not reasonable suspicion. But it did more than that. It gave the City a history lesson that bears repeating:

Without restrictions on the government’s efforts to keep us “safe”, the government ends up doing unforgivable things. As the court recognizes, Muslims are the latest, but they won’t be the last if we don’t learn from history.

“Take a big net, throw it out, catch as many fish as you can and see what we get,” one investigator recalled [the deputy commissioner for intelligence, David] Cohen saying.

The NYPD’s program was a disturbing example of street level mass surveillance. It treated an entire population as potential terrorists—much like the NSA mass phone surveillance program has treated every phone call as a potential terrorist connection. Perhaps even scarier for ordinary people, this surveillance hit close to home. It was conducted by law enforcement agents on the street, who had the means to physically harass or even arrest any Muslim they wanted to—on the spot.

The NYPD program was developed with the help of the CIA. The Demographics Unit, “maintained a long list of ‘ancestries of interest’ and received daily reports on life in Muslim neighborhoods.” Police used informants in cafes, mosques and student groups, photographed businesses and schools, and made maps showing where populations of “ancestries of interest” were concentrated. They did this without any particular suspicion about any of the people or places surveilled.

In addition to spending huge amounts of human hours on this surveillance, the NYPD also used street level surveillance technology—something we’ve warned is allowing local law enforcement to mirror the NSA’s mass surveillance much more easily. It’s disturbing to think what the demographics unit would do now, with 2015 technology.

But even with the technology available between 2002-2011, when the AP broke the story, the NYPD managed to use automated license plate readers (funded by federal dollars under the guise of fighting drug trafficking) to conduct mass surveillance. The AP reported that “police in unmarked cars outfitted with electronic license plate readers would drive down the street and record the plates of everyone parked near the mosque.” The Fourth Amendment was added to the U.S. Constitution precisely in order to prevent law enforcement from conducting mass, suspicionless investigations under “general warrants” that target no specific person or place and never expire. And ALPR scans (like the rest of the NYPD’s program) look a lot like these general warrants.

While the district court dismissed the case despite these disturbing parallels—since it believed that the surveillance was harmless—the Third Circuit disagreed.

Discriminatory surveillance is its own harm

Much of what both the Third Circuit and the district court discussed in their opinions was whether the plaintiffs had standing (the legal right) to sue.

The lower court dismissed Hassan partly because it said that the plaintiffs hadn’t shown any injury, comparing it to “[a]llegations of a subjective chill” in another case. But what’s more dangerous, the district court agreed with the City when it argued that “[e]ven if Plaintiffs had an injury in fact…the Associated Press and not the City is the manifest cause of Plaintiffs’ alleged injuries.” The City argues that the plaintiffs would’ve been fine if they’d never known about the city’s extensive surveillance. The ramifications of this theory for lawsuits like Hassan, where the media and whistleblowers reveal surveillance overreach, are disturbing to say the least.

Fortunately, the Third Circuit tore these arguments apart easily when it held that discriminatory surveillance alone was enough to “get in the courthouse door”:

In short, [the City] argues, “What you don’t know can’t hurt you. And, if you do know, don’t shoot us. Shoot the messenger.”…The City’s argument is legally untenable because (to repeat) the discrimination itself is the legally cognizable injury.

In fact, the Third Circuit compared this attitude to the one displayed in the now infamous “separate but equal” Plessy decision, where the Supreme Court said “[If] enforced separation of the two races stamps the colored race with a badge of inferiority . . . [,] it is not by reason of anything found in the act, but solely because the colored race chooses to put that construction upon it.”

The district court said that plaintiffs hadn’t pled enough facts for their case to go forward at all, and didn’t comment on the appropriate constitutional standard the NYPD program should be examined under—but the Third Circuit did. And it’s a question the Supreme Court has never definitively decided, so the answer could affect similar lawsuits against surveillance based on religion in the future.

The Third Circuit determined that, as an essentially immutable characteristic closely associated with inequality, government practices or laws based on religion should be treated as a “suspect classification” and the government’s reasons should be subjected to heightened scrutiny. In contrast, where the government does not use a suspect classification, it just needs to have a rational basis for the policy.1

In the case of a religious classification, the court explained, a rational reason isn’t good enough. Instead, because religion is an immutable characteristic, courts must look more closely at the purpose of the governmental policy in question. Although the court doesn’t answer how closely the policy should be scrutinized, rational basis isn’t good enough.

The court also made it clear that national security as a purpose for a policy doesn’t trump rights, despite what the government seems to think:

No matter how tempting it might be to do otherwise, we must apply the same rigorous standards even where national security is at stake. We have learned from experience that it is often where the asserted interest appears most compelling that we must be most vigilant in protecting constitutional rights.

Executive Director of the Center for Media Justice Malkia Cyril has said of the state of surveillance, “we have some new technology doing some very old work.” The “old work” is the work of controlling the movements and activities of minorities—like the passes African-Americans had to carry just to move around in public in the 1700s. And as the court recognizes, we are in very real danger of repeating history.

The Third Circuit’s decision pointed out that when it happened, the internment of Japanese-Americans during World War II, the targeting of civil rights leaders by the FBI during the 60s and 70s, and the public trials and surveillance of perceived communists during the Red Scare were all considered appropriate responses to national security threats:

Given that unconditional deference to [the] government’s invocation of “emergency” has a lamentable place in our history, the past should not preface yet again bending our constitutional principles merely because an interest in national security is invoked.

Hindsight is 20/20. But we shouldn’t have to wait to find out that the FBI has tried to convince a civil rights leader like Martin Luther King Jr. to commit suicide to stop government overreach. It is exactly because of the risk of government repression that we have constitutional protections. Without them, as Cyril points out, “the 21st century will supplement 1963’s informants with 2016’s facial recognition software.”

The Third Circuit has placed the NYPD’s surveillance in its proper place, in the context of our history. For us not to fall into tyranny, we must never forget that history.

RT America: “US courts to reevaluate cases of NYPD surveillance against Muslims”