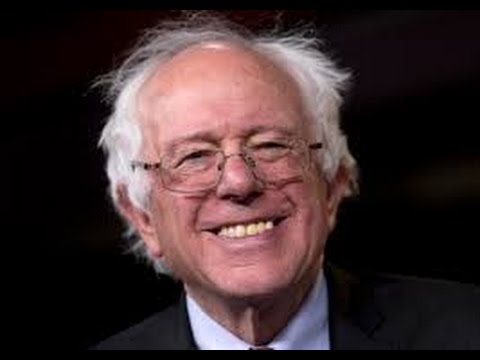 In terms of support from financiers, ‘no other candidates came close to Clinton and Bush’

While the 2016 U.S. presidential election fundraising numbers released Thursday by the Bernie Sanders campaign illustrate the power of a Main Street donor base, filings from Republican Jeb Bush and Democrat Hillary Clinton show their campaigns continue to be the darlings of Wall Street.

“Wall Street remains a crucial money base for both candidates even as they try to avoid appearing too cozy with the institutions that many voters blame for crashing the economy.”
—Politico

The Federal Election Commission (FEC) reports indicate that Bush and Clinton—both of whom are facing challenges from insurgent candidates—”continued to win with bankers, even as their fundraising slowed down last quarter,” Politico reported Friday:

Bush collected more than $922,000 from people who said they work in finance, about even with his take from the industry in the previous quarter, and amounting to 7 percent of his total haul. Clinton trailed with some $682,000 from self-identified bankers and investors, well below the $2 million she drew from the financial industry in the second quarter, but tracking an overall decline in her take.

Wall Street remains a crucial money base for both candidates even as they try to avoid appearing too cozy with the institutions that many voters blame for crashing the economy. Marco Rubio is also making a play for finance dollars, but last quarter netted only $201,754. Ted Cruz got $255,676 from bankers and investors.

“No other candidates came close to Clinton and Bush,” according to Reuters.

Wall Street’s support for its former champion in the U.S. Senate, Clinton, is not surprising, despite her recent pledges to get tough on corporate malfeasance and Wall Street greed.

“She’s doing that because of Bernie,” Camden Fine, the head of the Independent Community Bankers of America, said in an interview with Morning Consult this week. “She’s gonna all of a sudden become Mrs. Wall Street if she’s elected. So it’s all Bernie theatrics right now. She’s a Clinton, for God’s sake. What do you expect?”

“What is really remarkable is the breadth of support for Bernie from so many people responding to his call for a political revolution to stand up for the middle class and take on the billionaire class,” said campaign manager Jeff Weaver.

“Bernie’s big base of small donors may give again and again. What is clear now is that this campaign to transform America will have the resources to fight all the way to the convention.”
—Jeff Weaver, campaign manager

“Other campaigns are bankrolled by big donors who have given so much even under our current corrupt political system they can’t legally give any more,” Weaver added. “Bernie’s big base of small donors may give again and again. What is clear now is that this campaign to transform America will have the resources to fight all the way to the convention.”

However, warned Common Cause researcher Jay Riestenberg on Friday, “The question now for Sanders and [Republican candidate Ben] Carson is how long they can remain competitive when their opponents are collecting and stockpiling million-dollar checks in supposedly ‘independent’ super PACs and politically active non-profit groups, both of which can accept unlimited gifts from individuals, groups and corporations.”

Super PACs backing various candidates have collected more than $300 million, according to the Center for Responsive Politics, and have spent less than 10 percent of the total. Two such groups supporting Bush reported more than $100 million in donations as of the end of June and two groups aligned with Clinton reported more than $22 million at the same time. The next super PAC reports are not due until early next year.

TYT Nation: “Hillary Donors are worried because “All the energy is with Bernie””