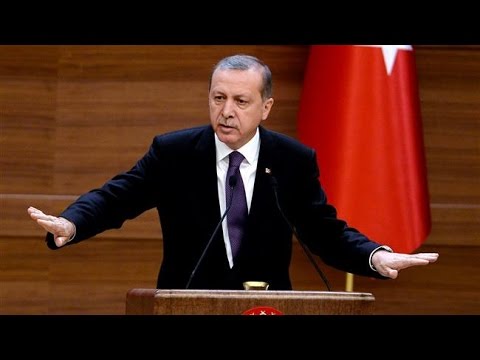 The Nov. 1 parliamentary elections in Turkey resulted in an outcome that few commentators or polls had predicted: Another outright parliamentary majority for President Recep Tayyip Erdoğan’s ruling AK Party (AKP).

In the almost five months since the AKP lost its parliamentary majority on June 7 — and was thereafter unable to form a coalition — the AKP launched a highly calculated and risky strategy for re-election that paid off. The AKP increased it’s vote percentage by 20% (almost five million votes).

Helping it in this regard were the effects of attacks within Turkish borders by PKK insurgents and ISIS.

The message was clear: The burning and looting of HDP (pro-Kurdish, liberal) political party headquarters, suicide bombings and PKK attacks presented Turkish citizens with a scenario of violence and instability that would await them should an AKP majority give way to a power-sharing government. In the end, Turks cast votes for a platform of political authority and economic stability rather than for ideals of democracy and freedom.

There were other important developments: The ultra-nationalist MHP was dealt a severe rebuke, loosing 39 seats and relegating it to a mere 41 seats (from 80). The pro-Kurdish HDP still passed the 10% threshold, and though they lost 21 seats (59 from 80), in a historic first, the HDP is now the third party in parliament after the AKP (317 seats, up from 258) and the centrist CHP (134, up from 132). As a consolation, an ominous far right AKP-MHP coalition is now no longer a possibility.

The AKP’s first order of business will be to change the constitution that was first put in place after the 1980 military coup. They need 330 parliamentary votes to put forth a referendum on moving to a presidential system that consolidates power within the executive. They will have to work with other parties to do so, and this may even mean a return to Kurdish reconciliation.

Erdağ Göknar is an associate professor of Turkish & Middle Eastern Studies at Duke University, and director of the Duke Middle East Studies Center. He specializes in Turkish cultural studies (literature, history and politics); Eurasian and Middle Eastern politics of representation; and Islam and secularism. He is also core faculty with the Duke Islamic Studies Center and a regular contributor to ISLAMiCommentary.