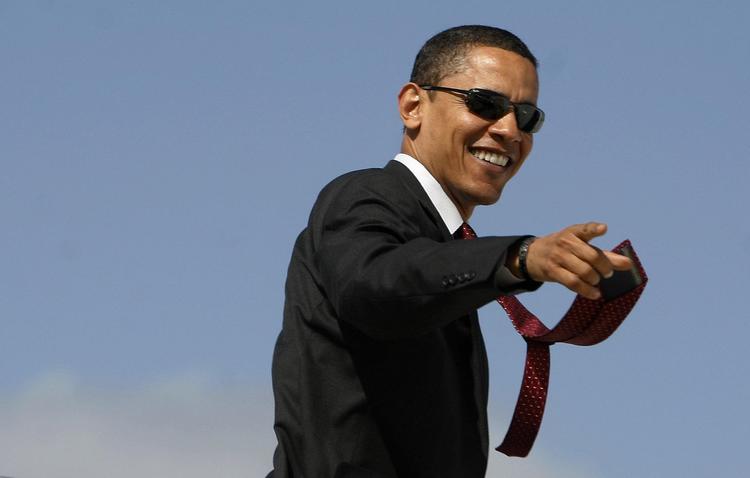 France has been hit twice by radical Islamist terrorism in the last year to punish it for its strong military support for Obama’s war against ISIS known as Operation Inherent Resolve. First there was the Charlie Hebdo attacks in January, which led people across America to proclaim on their Facebook pages “Je suis Charlie.” Now we have the massacre of over one hundred Parisians by terrorists said to be tied to ISIS, which has led many to post on their Facebook pages “We are all French.”

Such outpouring of solidarity for our French allies, who have suffered the greatest terrorist attacks in the West since 9/11, is in many ways a sign of our globalism and humanity. It is a mirror reflection of French outpouring of grief and widespread support for America after the September 11th attacks, when the French gathered outside the US embassy in Paris to lay flowers in the thousands.

But it has not always been that way. One has but to look back to the months leading up to the U.S. invasion of Iraq in 2003 when the French expressed their skepticism of the Bush administration’s (now-debunked) claims that Iraq had an active nuclear and other WMD program. The French, along with other stalwart NATO allies like Germany and Turkey, also opposed the war on the grounds that it would destabilize the entire region and have unintended ripple effects that could not be foreseen. The French Foreign Minister, Dominique de Villepin, summed up the French position stating “Since we can disarm Iraq through peaceful means, we should not take the risk to endanger the lives of innocent civilians or soldiers, to jeopardize the stability of the region and further widen the gap between our people and our cultures.”

France’s skepticism of the WMD hype and fears of opening Pandora’s Box in the volatile Middle East were of course vindicated by such subsequent events as the rise of the terrorist group ‘Al Qaeda in Iraq’ in post U.S. invasion (which morphed into ISIS). But back in 2003, on the eve of the Iraq invasion, the French concerns led to widespread fury among the political Right in America. One Republican representative, Bob Ney, reacted to the French position by leading the US House to adopt a resolution renaming French Fries “Freedom Fries” to punish America’s “so-called ally.” Across America fury with the French “betrayal” was manifested in public “dumping in the gutter” of French wine and champagne and televised destruction of French cars such as the Peugeot.

As French-bashing mixed with a hatred for the U.N. among the Right (due to U.N. weapons inspector Hans Blix’s inability to find any WMDs during the organization’s frantic search for them from December 2002 to March 2003), many Americans on the Right came to define our historic French allies as an enemy. The Bush administration threatened that France would be excluded from the process of developing Iraq’s lucrative oil fields after the invasion (of course the enemy had a vote in the invasion and targeted pipelines and oil refineries and Iraq’s unstable security situation never did allow for exploitation of its oil by America and its selected allies, namely the U.K.)

But for all the irrational fury directed at France by the Right since 2003, the reality is that France is not a “so-called ally,” it has been a staunch ally of the Americans since the Revolutionary War. It was the French who assisted George Washington’s outgunned rebels by declaring war on the British, sending aid and materiel to the new American Republic (which they officially recognized as an independent country in 1778). The French also sent thousands of troops and used their Navy to interdict the British fleet. French support in the Revolutionary War was absolutely crucial and Benjamin Franklin (who spoke French and German) was hailed as a hero in France where he served as ambassador. One has only to count the number of streets in America named for the French General Lafayette who fought alongside George Washington in the Revolutionary War to understand how appreciative the Americans once were of the French. The children’s game Rochambeau (often known as rocks-paper-scissors) was named after the French General Rochambeau who led the French expeditionary force to assist the American rebels against the British. And don’t forget the appreciation was mutual as best epitomized by the French nation’s gift of one of America’s most iconic emblems, the Statue of Liberty.

Needless to say, the French fought alongside the U.S. in World War I, World War II, the Cold War, the 1991 Gulf War, and the War on Terror (the original War on Terror in Afghanistan against the Taliban and Al Qaeda terrorists that is, not the diversion of it to Baathist-Socialist Iraq). Thousands of French troops served under the auspices of NATO to assist the Americans in their war on the Taliban and their Al Qaeda allies and eighty six French soldiers made the ultimate sacrifice in Afghanistan. It will also be recalled that after the 9/11 attacks thousands of French gathered at Notre Dame to sign the Star Spangled Banner and that the French Newspaper Le Monde declared on 9/12/01 “Nous sommes tous américains!” (We are all Americans!) The very first head of state to meet President George W. Bush after 9/11 was French President Jaques Chirac.

But such historical facts are inconvenient and don’t fit the Right’s narrative on France. Francophobia (along with deep distrust of the U.N. and European Socialism) has become a defining feature of the Republican Party. Recall if you will, right wing commentator Rush Limbaugh mocking Democrat candidate John Kerry for having French ancestry and speaking French (Limbaugh Francisized John Kerry’s name and derisively called him “Jean Cherri”). Republicans have even attacked fellow Republicans, such as presidential candidate Mitt Romney for the ultimate faux paux (apologies for employing a French term) of having mastered French. Many Europhobic Republicans felt that his knowledge of a vitally important language in international affairs disqualified him for being the person in charge of American foreign policy (including relations with France). When combined with Fox News-galvanized histrionics about so-called “no go zones” for non-Muslims in French and other European cities, a perversely proud contempt for France’s rich civilization has come to define many in the Republican Party. Such willful ignorance and outward displays of Philistinism among today’s Republican Party would of course shock Benjamin Franklin (who has a street, Rue de Benjamin Franklin, named for him in Paris) and our Founding Fathers, many of whom spoke French and admired its civilization.

One hopes that the recent events in Paris (at a time when ISISphobia has replaced Francophobia) will begin the process of forging a new trans-Atlantic sense of solidarity with America’s historic friend and perhaps remove some of the allure of French-bashing among the American Right. For at the end of the day, we are united with our French allies not only by centuries of immigration, friendship, sharing of cultures, and military alliances, but by our victimhood at the hands of the terrorists who hate both of our peoples for our defense of our shared values.

Professor Brian Glyn Williams is author of Afghanistan Declassified. A Guide to America’s Longest War and worked for the CIA’s Counter Terrorism Center in Afghanistan.