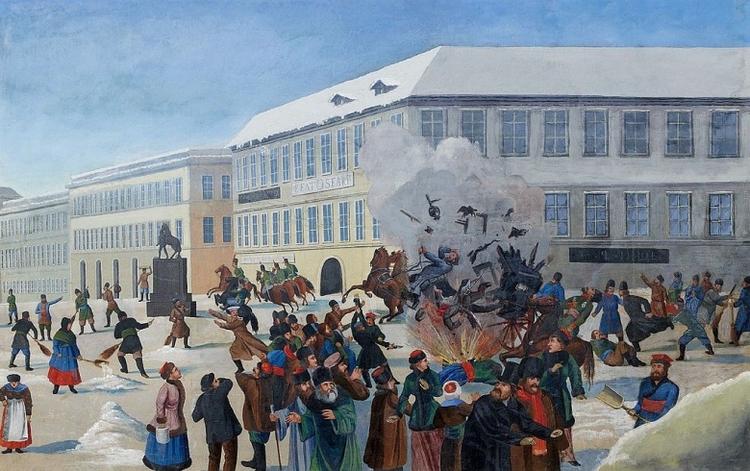 The bearded young terrorist furtively slipped amongst the oblivious theatergoers. Glancing around to ensure he had not aroused suspicion, he looked out over the crowded throngs in the theater. Blissfully unaware of the carnage that awaited them, they laughed and reveled in their petty entertainments, he mused, while his own people suffered and died. They would all pay, he consoled himself, as he hurled the bombs into their midst. The unspeakable horror that ensued, of shattered lives and limbs, was quickly emblazoned on the front page of French newspapers. Elsewhere, a second terrorist walked into a small trendy café in Paris. Scanning the oblivious faces—ordinary French men and women—as they sat drinking and listening to music, he placed his bomb under a table. As he slipped away, he heard the bomb explode, followed by a deafening silence, only to be punctuated by the terrible wails and screams of the survivors. There are no innocents, and they all deserve to die, he rehearsed in his mind, drowning out the cries of the victims behind him. 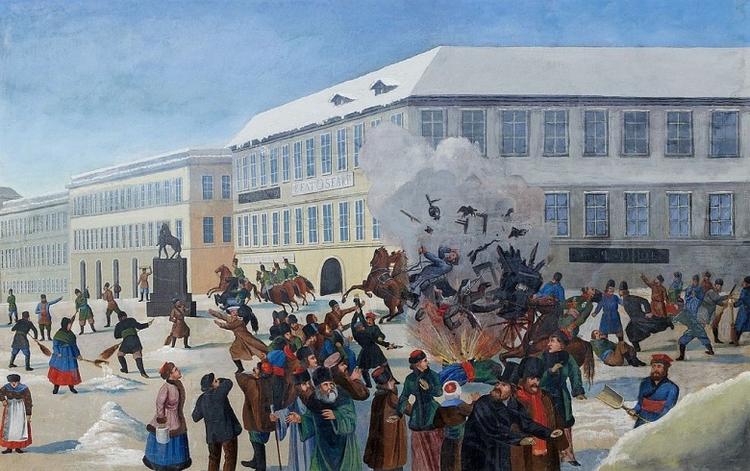 These events did not occur in Paris last week. Eerily, they took place over 120 years ago in European capitals as the scourge of anarchist terrorism was sweeping the continent. Santiago Salvador had attacked the Liceu Opera House in Barcelona in 1893, during a packed performance of the opera William Tell, killing twenty-two people and injuring thirty-five. A few months later, Emile Henry had set off a bomb in the Café Terminus in Paris, killing one and wounding twenty, but had hoped for a far higher death toll. Images capturing the shocking events made the covers of the world’s largest daily newspapers of the time, Le Petit Journal and Le Petit Parisien. Both had a combined daily circulation of around seven million copies, depressingly illustrating how terrorism has long wielded the power to transform local tragedies to European catastrophes. In their subsequent trials, the anarchist terrorists showed no remorse for their terrible crimes, refusing to accept that ordinary bourgeois theatergoers or coffee drinkers could be considered innocent. Instead, they went to the guillotine, defiantly reeling off a litany of the crimes committed by the state and wider society.

These angry young radicals used bombs and guns to terrorize their own societies in furtherance of a foreign creed, in much the same way that jihadists recently did in Paris. The similarities are truly uncanny. If there is one salient difference, it is that the anarchists were actually far more successful in their campaign than the jihadists today. In a short period of time, they managed to assassinate an impressive list of world leaders, including two U.S. presidents, the Russian tsar, the German Kaiser, the French and Italian presidents, the Italian king, the Austria-Hungarian empress and two prime ministers of Spain, as well as a whole host of the European ruling classes. They also targeted the bourgeois masses indiscriminately, increasingly failing to distinguish between the state and wider society, attacking targets as disparate as the Paris Stock Exchange, religious processions in Barcelona, the London Underground and the Greenwich Observatory. The London Times newspaper wrote at the time of an “anarchist epidemic.”

The response to anarchist terror was unnervingly similar to our own experience too. The state clamped down in typically repressive fashion, instituting a range of iniquitous laws and meting out extrajudicial, and often collective, punishment to large swathes of society. The assassination of U.S. President William McKinley in 1901, for example, by an anarchist who also happened to be a second-generation Polish immigrant, led to the expedited introduction of anti-immigration legislation which required the exclusion and deportation of anyone suspected of anarchist sympathies. Anti-anarchist propaganda images from the period are disquietingly reminiscent of the increasingly hardened attitudes we are already witnessing towards Syrian refugees. One typical U.S. political cartoon shows a swarthy, bearded, foreign anarchist, armed with a knife and bomb, creeping up behind the statue of Liberty, who holds her beacon aloft and calls out naively, “come unto me, ye opprest!”

In the European mainland, wide-scale surveillance of meetings and publications was followed by arrests and torture, and used to draw forced confessions. Indeed, various Western governments used the ominous threat of anarchist terror to then subdue any form of dissent against the state.

All of this had little tangible effect on the anarchists themselves. In fact, the anarchists executed by the state were often transformed into martyrs. The apathetic masses, who up until this point had remained largely indifferent to the anarchists’ propaganda, were increasingly polarized by the state’s draconian response. Indeed, the harder the state clamped down, the more powerful the movement became. The fear and insecurity engendered within this environment also granted tremendous powers to the state, which it could then use and abuse, to the detriment of society at large.

Why should this concern us? Most people have probably never heard of the anarchist reign of terror at all. However, that in itself is an important observation to make. Despite the spectacular violent successes of anarchist terrorism at the time—far more so than those of the jihadists today—anarchism achieved very little in the sociopolitical sphere in the long run. Within four decades, the violent ideology had consumed itself and in the process alienated any potential support base, quickly being replaced by more popular movements. The anarchists were soon forgotten and ultimately consigned to the wastebin of history. However, the anarchists do offer us two crucial lessons for dealing with the jihadist threat today.

irst: do not overreact. Second: do not, through fear, hand over excessive power to the state.

As difficult as that might be in the wake of horrific tragedies like Paris, we must ensure we respond with proportionality in mind. We cannot overreact in knee-jerk fashion in our own societies. Islamic State will not only be hoping for such a response, but confidently expecting it.

In the February issue of its flagship magazine, Dabiq, Islamic State wrote of polarizing the world by destroying its greatest threat, the “grayzone.” That liminal space in which young Frenchmen could be both Muslims and good citizens of the Republic, without any inherent contradiction. IS anticipated that provocative terrorist attacks, like the one in Paris, would goad the French towards overreaction and “further bring division to the world and destroy the grayzone everywhere.” Western Muslims would then be forced to make “one of two choices”: between apostasy or IS’ bastardized version of belief. The article even cited, rather approvingly, George W. Bush’s central dictum that underscored the Global War on Terror: “The world today is divided into two camps. Bush spoke the truth when he said, ‘Either you are with us or you are with the terrorists.’ Meaning, either you are with the crusade or you are with Islam.”

State counterterrorism responses that disproportionately target Muslim citizens, as they inevitably will, risk simply reinforcing the Manichaean black-and-white worldview of the fanatics themselves, playing directly into their hands.

There is no better way to push young French Muslims toward IS’ narrative of belonging than to introduce a host of security responses that make them feel even less a part of French society than they already do.

We also cannot allow the state to overreact, because naturally, it proves incredibly corrosive to our own freedoms and democracy. From the NSA’s unprecedented mass surveillance regime to the creation of legal black holes like Guantanamo, and from extrajudicial assassination by drones to the sanctioning of torture, we know precisely where the “threat of terror and tonic of security” can lead us. We all tacitly accepted these measures after the terrorist outrages on 9/11.

When we are afraid, we will pretty much agree to anything.

And of course, many things that we do not agree to nevertheless end up on the roster too. This is the danger of the slippery slope, or function creep. Big data algorithms, used to decide who is placed on the drone strike kill list abroad in Yemen, might suddenly find their way into predicting civil unrest and dissent in places at home like Ferguson. We might not have approved of the latter, but by then it is too late—the genie’s out of the proverbial bottle.

If we want to tackle the growing menace of jihadist terrorism, but in the process not lose sight of who we fundamentally are as open, liberal, democratic societies, we would be wise to heed the experience of dealing with the anarchist scourge from over a century ago. History might not repeat itself, but it certainly shows a lack of originality sometimes.

Dr. Akil N. Awan is Associate Professor in Modern History, Political Violence and Terrorism at Royal Holloway, University of London. Dr. Awan is regularly consulted by government bodies, think tanks, media and other organizations in his fields of expertise, and has served in an advisory capacity to the UK Home Office, the Foreign Office, the U.S. State Department, the U.S. Military, the UNDP, Council of Europe and the OSCE among others. Most recently, he served as special advisor on Radicalization to the UK Parliament and as expert advisor on Youth Radicalization to the United Nations. He is Founder and Chair of the Political Science Association’s Specialist Group on Political Violence & Terrorism. Follow him on Twitter: @Akil_N_Awan

Republished by the author’s permission from The National Interest