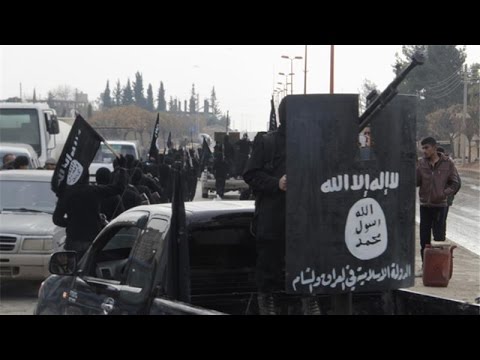 Locals in Mosul say the Islamic State group has started a campaign to “test the loyalty” of their members. Those who joined for money or power are being asked to take pay cuts or head to the front lines.

There is a verse in the Koran that asks God to purify those who profess to be faithful of any hypocrisy, or dross – basically it means that God will test his believers at times of adversity to see how sincere their belief actually is. And that verse is one that is causing a few problems for some Iraqi members of the extremist group known as the Islamic State.

“Please change your mind,” Ahmad al-Sabawi, one member of the extremist group that took control of parts of Iraq in mid-2014 begged his supervisor in Mosul recently. “I am married and I have a child. There is nobody to support them but me.”

Al-Sabawi is a member of the Islamic State, or IS, group’s morality police, known as the Hisbah and his brother, who wished to remain anonymous because if he spoke about this to media, his life would be in danger, recounted the story to NIQASH. Al-Sabawi had just been told he was being sent to fight at the front lines in southern Iraq, near the Baiji oil refinery where fierce fighting between the IS fighters and the pro-Iraqi-government forces had been going on for months.

If you joined the Islamic State for money then God will test your loyalty.

His supervisor angrily quoted that fateful verse from the Koran at him. There was no choice for al-Sabawi – he had been ordered to the front and now he would be going.

“Baiji was a nightmare scenario for my brother,” the local man said. “He had heard many stories from those who had returned from battle about how tough it was there and the difficult conditions.” Al-Sabawi had also recently attended three funerals of IS group members killed in Baiji.

Such tests of loyalty are increasingly common in IS-controlled territory. Locals in the areas are well aware that some of their neighbours didn’t join the IS group out of religious fervour. They joined because the IS fighters are well paid, get privileges and have power. And these kinds of members seem to be being tested more regularly now.

In February for example, the IS group reduced the salaries of unmarried members to one third of what they had been getting previously, according to Hisham al-Hashimi, a researcher into armed militias in Iraq. Salaries of these members fell from IQD250,000 (around US$223) to a mere IQD75,000 (around US$76). The organisation doesn’t say that it reduced salaries because of a shortage of funds. Rather, they say they are testing their members to see who joined the group for religious reasons and who joined the group to earn money. For some people in Mosul, the IS group is slowly becoming one of their only options for employment – the city has been stagnant financially for almost a year now and one of the only ways to earn money is with the IS group.

Being sent to Baiji – a front line known for its fierce and relentless fighting – is another test of true loyalty to the IS doctrine. Baiji was seen as the best place to send someone if you want to check their fealty.

The last battle for Baiji – which has seen back and forth occupation by the opposing forces – began in October 2015. Members of the Shiite Muslim volunteer militias fought alongside the Iraqi army and were aided by air strikes by an international coalition. Three weeks after heavy fighting began, the pro-government forces could say they had cleared the Baiji area of IS fighters.

According to al-Hashimi, the battle for Baiji took its toll on the IS group, with an estimated 350 to 400 dead or missing, some 50 suicide bombers gone and the destruction of more than 150 vehicles. Numbers like this count in Mosul, which supplied a lot of the fighters for Baiji and battles in nearby Makhoul. There were a lot of funerals in Mosul afterwards as well as many wounded returning home for treatment.

Some of the members of the IS group are finding ways to get around the ultimate test of loyalty. “One shot his hand on the battle front and claimed he had injured himself by mistake,” a former government employee living in Mosul told NIQASH; the man was a friend of a friend. “He apparently put two pieces of wood on either side of his hand so the pain wouldn’t be so bad. He told my friend that he got what he wanted and was allowed to return home quickly. ‘They can’t force me to go back to the front lines unless I want to’, he boasted.”

That is not to say that these kinds of stories are commonplace. Al-Hashimi, who published a book in late 2014 called The World of ISIS, believes that on the whole, the IS group’s fighters are actually faithful and drawn to the group by deeply held political or religious beliefs. They actually compete to go and fight for the group, he explains. Recruitment for the front lines isn’t compulsory and often the group’s leaders will draw lots to see who goes to fight for them.

“The IS group’s defeat in Baiji was an important one but it was far from the last battle,” al-Hashimi confirms. There is still fighting going on in the mountainous Makhoul area near Baiji and there are plenty of other battle fronts, including the one near Sinjar in northern Iraq that saw a successful offensive launched this week. So doubtless there will be plenty of other reasons for the IS group to continue proving its fighters are “pure of heart”.

PressTV: ” ISIL terrorists take away over 100 Iraqis in Mosul”