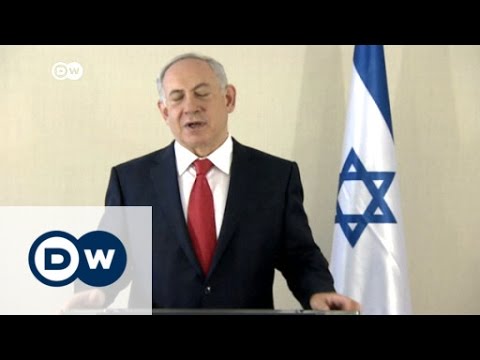 BETHLEHEM (Ma’an) — The European Union on Wednesday adopted measures to label products from Israeli settlements, considered illegal under international law, in a move welcomed by the Palestinian leadership.

The EU Commission, the executive branch of the EU, said the body had adopted an interpretative notice on the “indication of origin of goods from the territories occupied by Israel since June 1967.”

The notice is based on pre-existing EU legislation and will ensure that when the indication of origin on products is mandatory, settlement goods cannot be labeled “Made in Israel.”

“Since the Golan Heights and the West Bank, including East Jerusalem, are not part of the Israeli territory according to international law, the indication ‘product from Israel’ is considered to be incorrect and misleading in the sense of the referenced legislation,” the EU said.

The labeling will be mandatory for fresh fruit and vegetables, wine, honey, olive oil, eggs, poultry, organic products and cosmetics, and voluntary for industrial products and pre-packaged foodstuffs.

However, the EU added that the regulations were not aimed at a boycott of Israeli exports from the settlements, which it said it does not support in “any form.”

It said instead that “the indication of origin will give consumers the possibility to make an informed choice.”

The PLO Secretary-General, Saeb Erekat, welcomed the move, calling it a “significant move toward a total boycott of Israeli settlements, which are built illegally on occupied Palestinian lands.”

“The EU has once again moved from the level of statements to taking concrete policy decisions. We believe that more actions are necessary to hold Israel accountable for the crimes it continues to commit against the land and people of Palestine.”

The Israeli Foreign Ministry immediately summoned the EU Ambassador to Israel, Lars Faaborg-Andersen, to be reprimanded following the move, calling it a “exceptional and discriminatory step inspired by the boycott movement.”

“It is puzzling and even irritating that the EU chooses to apply a double standard concerning Israel, while ignoring that there are over 200 other territorial disputes worldwide, including those occurring within the EU or on its doorstep,” it added, according to Israeli media.

The labeling of settlements products was first proposed in 2012, and in April this year, France and 15 other European Union countries urged the bloc to clearly label products sold in member countries that originated in Israeli settlements in the occupied Palestinian territory, including East Jerusalem, as well as the occupied Golan Heights.

Israeli settlements on occupied Palestinian land have long been considered one of the major obstacles to a comprehensive peace agreement with the PLO.

Since 1967, Israel has established about 150 settlements in the West Bank, including East Jerusalem in addition to some 100 “outposts” erected by settlers without official authorization, according to the Office for the Coordination of Humanitarian Affairs (OCHA).

The settler population in the West Bank and East Jerusalem is now nearing 600,000, with 43 percent of the occupied West Bank allocated to local settler councils.