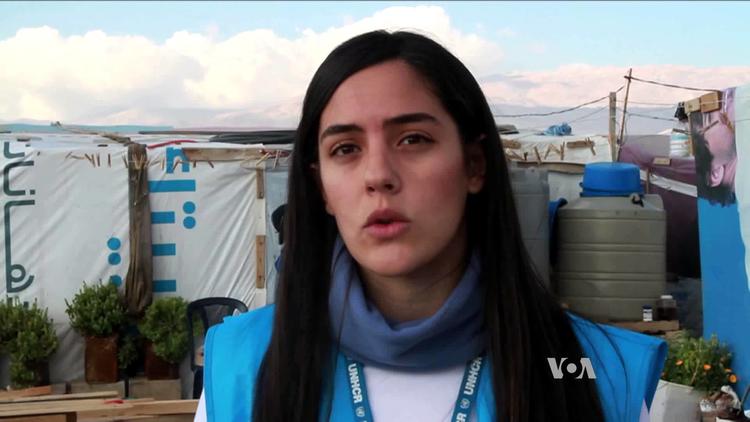 “As the war is prolonged, families are exhausting their savings. Without a massive re-thinking of how aid is delivered and distributed, refugees in the region are going to look for ways to leave.”

As I write, Russian air bombardment in Syria is pushing even greater numbers of middle class and skilled Syrians to try to escape the country. This new displacement is marching directly to Europe via smugglers because legal mechanisms to request asylum in the region are extremely limited, considered dangerous by some, or have become extraordinarily long, bureaucratic processes which take years to be completed, something that few can tolerate. . .

[T]he effort to keep refugees from Syria contained in the immediate neighbouring states is proving simply unsustainable . . . pledges to the UN are generally not being fully honoured and the UN system is seeing a dramatic shortfall in actual funds earmarked for humanitarian assistance. UNHCR figures show that over 4 million refugees from Syria have registered with the host state or the UNHCR (2.1 million in Egypt, Northern Iraq, Jordan and Lebanon as well as 1.9 million in Turkey). The total appeal by the United Nations is for $4,533,248,258 to provide assistance (survival with dignity) for those Syrians who have registered. To date only $1,839,058,956 has been received by the UN leaving a GAP of $2,694,189, 302. Pledges have not matched actual donations and the UN is experiencing a 59% shortfall.

This immediately translates into deep cuts on assistance, either in kind or by cash transfer. Those Syrians who have been receiving assistance in the region now face seeing what little they were receiving cut back even more. In Jordan this now translate into $13.50 a month for a family of six.

The World Food Programme has been forced to cuts its cash assistance several times in the past year due to lack of funds. The other UN Agencies preference for in-kind assistance (food aid as well as blankets, hygiene kits, and so on) comes at great expense. It is estimated that nearly 55-60% of every aid dollar goes to overheads at the level of the UN Agencies (40%) and at the national NGO level (20%).

Assistance in kind is generally the ‘wrong’ kind’ and many refugees sell these items in order to purchase what they know their families need. This buying and selling economy is poorly understood by humanitarian aid practitioners who see this market as a sign that the refugees do not appreciate what they are given. In fact, the refugees know better than the aid practitioners what their families need. A wholesale move to cash transfer as the preferred form of assistance in this humanitarian crisis of a population from a middle-income country would see a massive improvement in lost funds due to excessive overhead charges, and local corruption. Furthermore it would recognize the agency of refugees to determine what their family needs really are in order to be fed, clothed and looked after.

With no possibilities to work legally and totally inadequate support to refugee families, more will make the decision to leave the neighbouring host counties and search for anchors with their dispersed family or social network. Germany and Sweden will remain the two most popular target end points in this onward forced migration. Furthermore, Russian air bombardment in Syria is now pushing even greater numbers of middle class and professional Syrians – able to pay smugglers – out of the country and directly on to European soil in an effort to save the lives of their family members from government barrel bombs and Russian aerial attacks.

No one knows exactly how many refugees from Syria have refused to register in the neighbouring host countries. In Lebanon, it is estimated that as much as 50% of those Syrians in the country have refused to register and access assistance for fear that their personal information might somehow find its way back to the Syrian intelligence services. Many fear being unable to return to Syria one day if the Asad government remains in power. This is especially true for Palestinian refugees from Syria who have found a temporary ‘ safe haven’ in Lebanon. These unregistered refugees are among the first to move onwards towards northern Europe when conditions locally become intolerable, that is, no longer capable of supporting family life.

Without a massive re-thinking of how aid is delivered and distributed, refugees in the region are going to look for ways to leave. The very least that they require is survival in dignity, a basic concept promoted by the United Nations Agency for Refugees (UNHCR). This encompasses basic health care and access to education for children, youth and vulnerable family members. As neither Lebanon or Jordan have signed the 1951 Refugee Convention, neither country is obliged to ‘protect’ refugees, that includes providing basic health and education services as well as not returning them to the country where they faced persecution.

In Lebanon, government health care is limited and many Lebanese do not have access to public health. The increased Syrian refugee population (5% of the total population of that country) cannot access government services. They are forced to rely on international NGO assistance which currently is not adequately funded to provide assistance to 1.1 million registered refugees.

In Jordan, a much improved health system is able to more adequately cater to the health needs of refugees from Syria. With approximately 600,000 registered Syrian refugees, they represent only about 10% of the total population of the country. However, even in Jordan the burden of providing health care has become unmanageable as international assistance has dwindled or failed to be transferred to the Ministry of Health. Currently Syrian refugees are expected to cover 60% of their health care bill. Without access to legal employment, this is a burden that displaced Syrians cannot meet.

In Turkey, the duty of provision of healthcare and education to displaced Syrians has been formally recognized by the state and a temporary protection regime has been put into place for refugees from Syria including Palestinian refugees. All Syrians who registered by the state can access health care. The Syrian refugee population of nearly 2 million is heavily concentrated mainly in the south east of the country, where Turkey operates 25 refugee camps (5* camps according to International Crisis Group reports) for approximately 250,000 Syrians where health care and education services operate effectively. These camps have waiting lists of Syrians for places inside. Syrians not in camps do not receive assistance other than access to health care and some educational opportunities.

Increasing number of refugees from Syria are being squeezed into moving on or, failing to find other avenues for survival, they are returning to Syria despite the heightened danger to life. In both Lebanon and Jordan, the state is imposing draconian measures on refugees from Syria to effectively ‘refoul’ [return] displaced Syrian. Two weeks ago, Andrew Harper, the head of UNHCR in Jordan admitted that they were seeing 200 Syrians return to Syria each day from Jordan. Others are making their way from Jordan via Syria to Turkey and then searching for routes to northern Europe where they hope to be able to find ways of surviving in dignity.

Can we really blame these displaced and dispossessed people from moving on in the search for survival? Can we really consider ourselves a civilized nation when we allow such persecution to continue contravening our intent when we as a nation agreed to the 1951 Convention Relating to the Status of Refugees?

Syrians displaced by the crisis are struggling to feed their families. As the crisis is prolonged – and Russia’s active entry into the armed conflict suggests that the civil war will now drag on for another 4-5 years – families are exhausting their savings. Being unable to access the basic requirements of life, many refugees are being failed by the international humanitarian aid system.