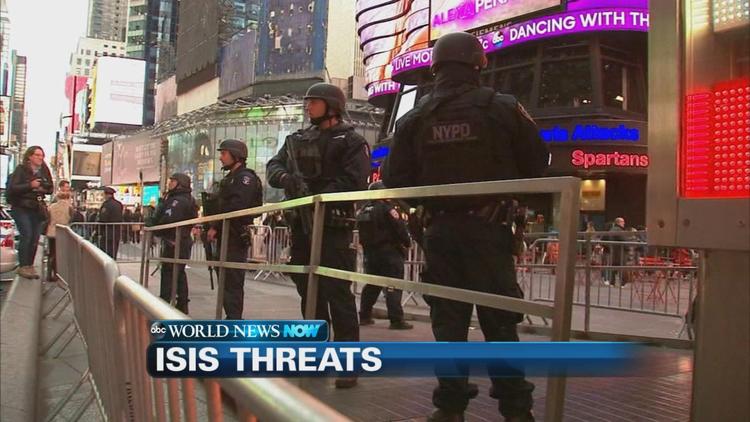 Terrorism’s goal is principally psychological. So, in the wake of events like those in Paris, a good starting point is to refuse to take the bait and become victims to fear.

Such a mindset must break away from simplistic notions such as that another round of “tougher” laws will equate to greater security. The production of muscular, hard-line campaigns camouflage that there is no clear-cut legislative “fix” against terrorism.

Thinking we can destroy [the so-called] Islamic State [group] (IS) via the pressure of the perennial growth of a security state and an intensification of domestic surveillance, secrecy, interrogation and detention displays the machinations of a dog that is content to repetitively chase its own tail.

Terrorism as a tactic

Terrorist groups aim to incite both terror and power-projection. Such deadly tactics also hope to spark an over-reaction that will feed into their propaganda, divide societies, empower recruitment efforts and result in a mis-allocation of energies and resources by targeted governments.

Reports suggest that a Syrian passport found next to a suicide bomber in the Paris terror attacks might have been planted in an attempt to implicate refugees and make people feel unsafe. This points to terrorist movements being highly attuned to the kinds of enduring faultlines embedded throughout different societies and the utility of terror as a deliberate tactic to manipulate such uncertainties and produce disproportionate reactions.

We should also remain aware that a considerable majority of Muslims – in countries such as Jordan and Indonesia – unequivocally reject IS and its perverted Wahhabi theology.

The human rejoinder to the Paris attacks is understandable. We feel shock, sadness, anger. The urge to inflict payback. The desire to drop a bomb on something.

This genuine outburst exists alongside the political necessity for leaders to appear strong, decisive and stoic. However, defiant words do not automatically translate to careful, shrewd actions.

The projection of “do something” mandates has tended to lend itself to executive over-reach and a search for quick-fix solutions, like calls for tougher laws to give governments even greater arbitrary powers. This is despite many initiatives having a track record since September 11 of being completely ineffective and counter-productive.

The Australian prime minster, Malcolm Turnbull, has in his public comments thus far resisted the lure of warrantless speculation and a fixation on a hasty redesign of legal and democratic boundaries.

The rise of widespread public confusion is another of the Paris attacks’ clear side-effects.

Such instances of shared disorientation have been compounded by a media cycle that too often demands facts be made scary and instantaneous assessments of events take place before information and conditions have been pieced together.

It’s much less dull to hype the terrorist threat and boldly speculate about worst-case clichés such as looming “Australian deaths on our own soil” or indulge in xenophobic fantasies like “not all Muslims are terrorists, but all terrorists are Muslims”. These shrill appeals to casual bigotry are not only wrong-headed but unhelpful in that they serve to undermine both stability and security.

From a counter-terrorism perspective, gathering actionable intelligence will entail – in part – building trust and working with the general public and different communities to obtain information to disrupt future criminal plots and violent planning.

The dynamics of a prolonged proactive security approach also require additional measures, such as steady efforts to address disenfranchisement among troubled youth.

More broadly, inaccurate declarations of a “clash of civilisations” provide no public value – except to implore citizens who are already feeling shaken and powerless to remain alert and alarmed. Much of the gloomy crystal ball gazing is useless in guiding people’s movements and adding to informed decision-making.

The bigger picture is that terrorism remains a weapon of the weak.

This does not ignore that the world has always been a dangerous, unstable and violent place. Nationalist and sectarian groups – and not just those that are hijacking and defaming Islam – continue to engage in politically motivated violence all over the world. Troublingly, many other traditional state-based or state-driven threats remain a much more serious security headache.

But, we appear to be highly selective about when to collectively tune in or tune out to human suffering and respond to events like humanitarian tragedies abroad.

Soundbites – Paris has been a “wake-up call”, for example – are simply crude political opportunism that helps to spread irrational fear. Instead, the problem is actually the opposite.

Much of IS’s warfare template is linked to deception. People in Australia should not be implored to remain in a perennial state of distress and vigilance.

The security sector does not have such a luxury. But, for the most part, we are talking about highly trained and skilled professionals who work largely behind the scenes and in a methodical and calculated manner. It is also impossible to guard every single conceivable soft target. It will always be about risk mitigation rather than risk elimination.

In a similar light, an unannounced attack by a handful of marginalised individuals on civilian targets is not the work of super-villain “masterminds”. While the suicide bombers might have been motivated by factors such as revenge, desperation, defiance or perceived injustice, they are small-fry, disposable cannon fodder.

Towards a clear-eyed strategy

IS is a group of nihilistic and misogynist gangsters. They have grand revolutionary goals, such as a caliphate that will reach Rome and govern the entire Muslim world. But such desires are based on pretentious make-believe rather than reality. IS military gains in Iraq might be conspicuous, but they are narrow and limited.

Critically, IS and other self-appointed foot soldiers do wish to undermine social cohesion and unity of purpose in lands beyond Iraq and Syria. They anticipate that terror attacks abroad can help to create the conditions to advance the alienation of particular segments of society, creating anger and disillusionment that might serve to enhance their authority, legitimacy and influence.

The hope is that this might translate to galvanising popular support, generating financial support and attracting recruits for future suicide missions.

The bottom line is that terrorism is designed to turbo-charge our emotional buttons. It is not only about violence but the threat of future violence. It can be highly effective as intimidation and propaganda. But we are only compounding problems by hyping threats, searching for extraneous scapegoats and indulging in fear-based decision-making.