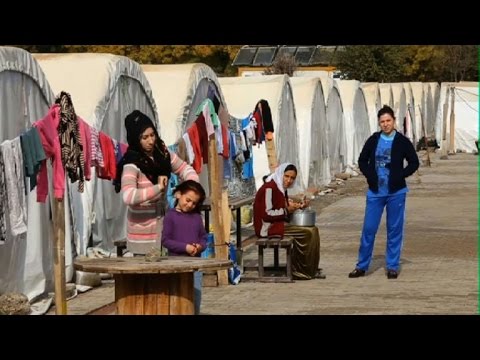 As the Islamic State becomes weaker in Iraq, locals anticipate a post-extremist era. But even the most optimistic Iraqis know it won’t be easy. Some of those crises may be more dangerous than the extremists.

Recent reports from Iraq indicate that, although progress against the extremist group known as the Islamic State, or IS, is slow, it is steady. And as the extremist group is put under pressure, locals are already looking ahead, contemplating what Iraq will look like in the post-extremist era.

“The post-IS era will not be any less dangerous than the organization itself,” independent Iraqi politician, Wael Abdul-Latif, a former judge and provincial governor, told NIQASH.

The IS group will be driven underground, Abdul-Latif says. But after this there will be further conflict – about borders, money and power. After all the IS group itself has taken many actions – some deliberate, some coincidental – that have worsened existing rifts in Iraq’s social structure. These won’t go away just because the group does.

Iraqi Kurdish politicians have said the same thing in a different way, pointing out that Iraq cannot return to the state it was in, before the fall of Mosul. Most often this has been in reference to Iraq’s so-called “disputed territories”. These are areas that the Iraqi Kurdish say belong to their semi-autonomous region but which the federal authorities in Baghdad say belong to Iraq proper.

Thanks to the security crisis, the Iraqi Kurdish military now control more of those disputed areas, including a part of the country they have long coveted, Kirkuk. The Iraqi military left those areas and the Iraqi Kurdish either fought the IS group to return to them – as in the case of the area around Sinjar – or they simply entered the territory before the IS group could get in, as happened in the city of Kirkuk.

The issues around the disputed territories were supposed to be solved using Article 140 of the Iraqi Constitution which says that there should be a census of the local population in those areas as well as a referendum to decide who the disputed areas belong to. However the security crisis caused by the IS group has seen things develop in a different direction, with control of terrain being ceded to whichever military force was there on the ground. Because, in some cases, Iraqi Kurdish soldiers have fought and died for certain areas, it is not going to be easy to come up with ways to convince the Iraqi Kurdish that they should go back to the negotiating table on this topic.

Perhaps more important for the outcome of the current crisis, is the question of what should happen to areas where there is a Sunni-Muslim-majority population. The current Iraqi government – dominated by Shiite Muslim parties and leaders – does not seem to have been able to win the sympathies of the Sunnis in these areas. The alienation and disenfranchisement of Iraq’s Sunnis during the regime led by the country’s former Prime Minister, Nouri al-Maliki, is seen as one of the prime drivers behind the current security crisis – and the reason that the IS group, which bases it’s ideology on a warped form of Sunni Islam, has been able to win supporters in these areas. Some of Iraq’s Sunni Muslims preferred the extremist group to the government – although whether, after over a year of living under the IS group, they all still feel the same is unknown.

All kinds of tactics have been suggested as a way of regaining the trust of Sunni Muslims in Iraq, and therefore making life particularly hard for the IS group. This includes an independent regionally controlled fighting force, the National Guard, as well as talk of a Sunni region that would operate similarly to the way the Iraqi Kurdish region does now.

While the Iraqi government haven’t been particularly successful in dealing with Sunni Muslim opposition to them, either before June 2014 or after, it would be folly to forget about the competition and conflicts between the various Sunni Muslim groups and tribes. These have also fed into the security crisis and the IS group’s reign. Even if each of Iraq’s largest demographic groups was to be given their own semi-independent region, there would still be fighting inside those regions.

Which obviously makes it even harder to find one Sunni Muslim group that might be able to head negotiations with the government, or with anyone actually, in the post-IS era.

Similar enmities exist between the Shiite Muslim groups and political parties in southern Iraq. They may be fighting the IS group together but there’s no doubt that there are tensions between various military groups and politicians. They disagree on almost everything, from what happens to the volunteer Shiite Muslim militias once the IS group has been driven out, whether there should be semi-autonomous regions for Sunnis and even, who should head the Iraqi government.

A lot of the infighting in Iraq is about power, and therefore also about money – because whoever is in power in Iraq tends to hold the keys to the bank, as well as a the armoury. Given the additional problems Iraq is facing financially – the country based its budgeting on how much money its oil would bring in and oil prices have been falling for months – that infighting is only likely to worsen.

Even before it has happened, it is clear that getting rid of the IS group is not about to solve Iraq’s problems. Political and economic thunderstorms can already be seen on the horizon and even the most optimistic Iraqis do not believe removing the IS group will lead to a happy future for all.