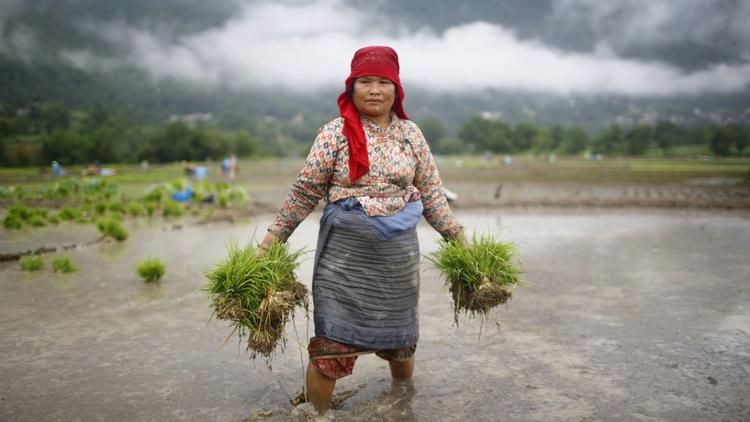 PARIS, Dec 13 2015 (IPS) – After 2 weeks of intense negotiations, on Saturday evening, the 21st UN climate conference (COP21) in Paris finally delivered a historic agreement that, for the first time, promises to keep the global warming under 2 degrees Celsius. The treaty, consisting 31 pages and signed by by 196 countries, include the big five steps of climate action:

– Climate Change Mitigation (Article 2 and 4): The agreement includes a series of goals to keep global warming below 1.5 degrees Celsius to accompany the current hard limit of 2 degrees. Following this treaty, countries will pursue the mitigation plans laid out in their domestic climate commitments, which will go into effect in 2020.

– Long-Term Goal (Article 4): The overall aim specified in the agreement is to peak global greenhouse gas emissions as soon as possible and undertake rapid reductions so as to achieve a balance between emissions by anthropogenic sources and removals by sinks of greenhouse gases in the second half of the century.

The specificity of this long term goal is such that, when coupled with the goal of limiting warming to 2 Celsius countries would be de facto required to completely decarbonize the global electric sector by 2050, according to the IPCC.

– Loss and Damage (Article 8): The Paris Agreement includes a section directing countries to create a special process to address the losses and damage that stems from unavoidable climate impacts which overwhelm the limits of adaptation (e.g. sea level rise), as well as follow the procedures laid out in the Warsaw Mechanism. The COP Decision explicitly excludes liability or compensation for losses and damages (COP Decision Section III, Paragraph 52)

– Finance (Article 9): The COP Decision text reiterates a global finance pledge with a floor of 100 billion dollars per year in climate financing from developed countries by 2020 (Section III, Paragraph 54), and expands the donor pool post-2020 to encourage other countries to voluntarily provide additional financial support (Article 9.2). Countries have agree to set a new global, collective climate finance goal for 2025 that increases upon the 100 billion dollar target for 2020 (COP Decision Section III, Paragraph 54.

Scientists at the COP approved the agreement. Johan Rockström, Executive Director of the Stockholm Resilience Centre called the agreement a “turning point” that would ensure a “1.5-2 Celsius safe operating space on Earth”.

“To have a good chance of staying below 2 degrees, we need to aim for 1.5 degrees anyway, and it is sensible to acknowledge that 2 degrees itself is hardly safe. So, all told, a great outcome,” said Miles Allen, scientist from the Oxford University.

Women’s leaders recognized the progress but said that there were still miles to go to make the fight against climate change truly gender inclusive.

Titi Gbemisola Akosa, Executive Director of the Centre for 21st Century Issues in Lagos, Nigeria said that under the agreement developed and industrialized countries are not held liable for global warming and will not pay any compensation to those who are the victims of climate change. This will drive women, especially those from the climate vulnerable regions of Africa into deeper poverty.” The provision of liability and compensation could have helped women mitigate some of the climate change affects, but now their future become more uncertain,” said Akosa.

Both Akosa and Cherry however agreed that the agreement gave a foothold for women leaders to demand greater equality. “It’s a work in progress. In next COP, we will have to keep pushing for greater inclusion of women in all process – in negotiation, and in the climate agreement text,” said Cherry.

Gender was earlier mentioned only in the preamble. This time, they have mentioned in the main text of the draft – in the Adaptation (of climate change) and in the “capacity building” sections. This is good. But we still need inclusion of gender in several key areas, especially in finance, said Flavia Cherry of St. Lucia who represents 17 Caribbean nations for CAFRA (Caribbean Association for Feminist Research and Action).

But for Indigenous groups, the agreement has been more of a disappointment than a hope.

“The Paris accord is a trade agreement, nothing more. It promises to privatise, commodify and sell forested lands as carbon offsets in fraudulent schemes such as REDD+ projects. These offset schemes provide a financial laundering mechanism for developed countries to launder their carbon pollution on the backs of the global south,” Said Alberto Saldamando, Human Rights expert from Alaska.

The next climate conference will be held in Morocco in 2016.