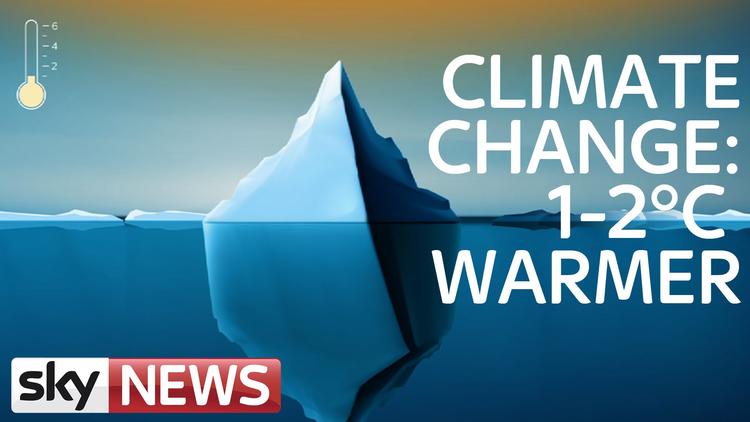 For six centuries or more, history was, above all, the story of the great game of empires. From the time the first wooden ships mounted with cannons left Europe’s shores, they began to compete for global power and control. Three, four, even five empires, rising and falling, on an increasingly commandeered and colonized planet. The story, as usually told, is a tale of concentration and of destruction until, in the wake of the second great bloodletting of the twentieth century, there were just two imperial powers left standing: the United States and the Soviet Union. Where the other empires, European and Japanese, had been, little remained but the dead, rubble, refugees, and scenes that today would be associated only with a place like Syria.

The result was the ultimate imperial stand-off that we called the Cold War. The two great empires still in existence duked it out for supremacy on “the peripheries” of the planet and “in the shadows.” Because the conflicts being fought were distant indeed, at least from Washington, and because (despite threats) both powers refrained from using nuclear weapons, these were termed “limited wars.” They did not, however, seem limited to the Koreans or Vietnamese whose homes and lives were swept up in them, resulting as they did in more rubble, more refugees, and the deaths of millions.

Those two rivals, one a giant, land-based, contiguous imperial entity and the other a distinctly non-traditional empire of military bases, were so enormous and so unlike previous “great powers” — they were, after all, capable of what had once been left to the gods, quite literally destroying every habitable spot on the planet — that they were given a new moniker. They were “superpowers.”

And then, of course, that six-century process of rivalry and consolidation was over and there was only one: the “sole superpower.” That was 1991 when the Soviet Union suddenly imploded. At age 71, it disappeared from the face of the Earth, and history, at least as some then imagined it, was briefly said to be over.

There was another story lurking beneath the tale of imperial concentration, and it was a tale of imperial fragmentation. It began, perhaps, with the American Revolution and the armed establishment of a new country free of its British king and colonial overlord. In the twentieth century, the movement to “decolonize” the planet gained remarkable strength. From the Dutch East Indies to French Indochina, the British Raj to European colonies across Africa and the Middle East, “independence” was in the air. Liberation movements were launched or strengthened, guerrillas took up arms, and insurgencies spread across what came to be called the Third World. Imperial power collapsed or ceded control, often after bloody struggles and, for a while, the results looked glorious indeed: the coming of freedom and national independence to nation after nation (even if many of those newly liberated peoples found themselves under the thumbs of autocrats, dictators, or repressive communist regimes).

That this was a tale of global fragmentation was not, at first, particularly apparent. It should be by now. After all, those insurgent armies, the tactics of guerrilla warfare, and the urge for “liberation” are today the property not of left-wing national liberation movements but of Islamic terror outfits. Think of them as the armed grandchildren of decolonization and who wouldn’t agree that theirs is a story of the fragmentation of whole regions. It seems, in fact, that they can only thrive in places that have, in some fashion, already been shattered and are failed states, or are on the verge of becoming so. (All of this, naturally, comes with a distinct helping hand from the planet’s last empire).

That their global brand is fragmentation should be evident enough now that, in Paris, Libya, Yemen, and other places yet to be named, they’re exporting that product in a big way. In a long-distance fashion, they may, for instance, be helping to turn Europe into a set of splinterlands, aborting the last great attempt at an epic tale of concentration, the turning of the European Union into a United States of Europe.

When it comes to fragmentation, the last empire and the first terror caliphate have much in common and may in some sense even be in league with each other. In the twenty-first century, both have proven to be machines for the fracturing of the Greater Middle East and increasingly Africa. And let’s never forget that, without the last empire, the first caliphate of terror would never have been born.

Both have extended their power to shake whole societies by wielding advanced technology in forward-looking ways. Two American administrations have employed remote-controlled drones to target terror leaders and their followers across the Greater Middle East and Africa, causing much “collateral damage” and creating a sense of constant fear and terror among those in the backlands of the planet whom drone pilots refer to as potential “bugsplat.” In its robotic manhunting efforts Washington continues to engage in a war on terror that functionally promotes both terror and terror outfits.

The Islamic State has similarly used remote-controlled technology — in their case, social media in its various forms — to promote terror and stoke fear in distant lands. And of course they have their own low-tech version of Washington’s drones: their suicide bombers and suicidal killers who can be directed at distant individual targets and are engines for collateral damage. In other words, while the U.S. is focused on remote-controlled counterinsurgency, the Islamic State has been promoting a remarkably effective version of remote-controlled insurgency. In tandem, the effect of the two has been devastating.

Planet of the Imperial Apocalypse

Between those epic tales of concentration and fragmentation lies history as we’ve known it in these last centuries. But it turns out that, unsuspected until relatively recently, a third tale lurked behind the other two, one not yet fully written that could prove to be the actual end of history. Everything else — the rise and fall of empires, the power to suppress and the urge to revolt, dictatorship and democracy — remains the normal stuff of history. Prospectively, this is the deal-breaker.

It promises a concentration of power of a sort never before imagined and fragmentation of a similarly inconceivable kind. At this moment when the leaders of just about all the nations on Earth have been in Paris working out a deal to rein in greenhouse gas emissions and slow the heating of the planet, what else could I be speaking of than Emperor Weather? Think of his future realm, should it ever come to be, as the planet of the imperial apocalypse.

In the last imperial age, the two superpowers made “end times” a human possession for the first time in history. The U.S. and then the USSR took the super power of the atom and built nuclear arsenals capable of destroying the planet several times over. (These days, even a relatively modest exchange of such weapons between India and Pakistan might plunge the world into a version of nuclear winter in which a billion people might die of hunger.) And yet while an instant apocalypse loomed, a slow-motion version of the same, also human-made, was approaching, unrecognized by anyone. That is, of course, what the Paris Summit is all about: what the exploitation of fossil fuels has been doing to this planet.

Keep in mind that since the industrial revolution we’ve already warmed the Earth by about 1 degree Celsius. Climate scientists have generally suggested that, if temperatures rise above 2 degrees Celsius, a potentially devastating set of changes could occur in our environment. Some climate scientists, however, believe that even a 2-degree rise would prove devastating to human life. In either case, even if the Paris pledges from 183 nations to cut back on greenhouse gas emissions are agreed upon and carried out, they would only limit the rise in global temperatures to between an estimated 2.7 and 3.7 degrees Celsius. If no agreement is reached or little of it is actually carried out, the rise could be in the 5-degree range, which would be devastating. Over the coming decades, this could indeed give Emperor Weather his global realm.

Of course, his air power — his bombers, jets, and drones — would be superstorms; his invading armies would be mega-droughts and mega-floods; and his navy, with the total or partial melting of the Greenland and Antarctic ice sheets, would be the rising seas of the planet, which would rob humanity of its coastlines and many of its great cities. His forces would occupy not just one or two countries in the Greater Middle East or elsewhere, but the entire planet, lock, stock, and barrel.

Emperor Weather’s imperial realms would be global on an awe-inspiring scale and the assaults of his forces would fragment the present planet in ways that could make much of it, in human terms, look like Syria. Moreover, given how long it takes greenhouse gases to leave the atmosphere, his global rule would be guaranteed to last an inhumanly long period of time unchallenged.

Heat (think burning Australia today, only far worse) would be the coin of the realm. While humanity will undoubtedly survive in some fashion, whether human civilization as we now know it can similarly survive on a planet that is no longer the welcoming home that it has been these last thousands of years we have no way of knowing.

Keep in mind, though, that like history itself, this is a story we are still writing — even though Emperor Weather couldn’t care less about writing, history, or us. If he truly comes to power, history will certainly end in some sense. There will be no hope of democracy under his rule because he won’t care a whit about what we think or do or say, nor of revolt — that staple of our history — because (to adapt something Bill McKibben has long pointed out) you can’t revolt against physics.

This story is not yet engraved in… well, if not stone, then melting ice. Sooner or later, it may indeed be a tale unfolding in environmental feedback loops that can no longer be stopped or altered. But for the moment, it seems, humanity still has the chance to write its own history in a fashion that would allow for a perhaps less welcoming but still reasonably palatable world for our children and grandchildren to live in. And be glad of that.

For that to happen, however, successful negotiations in Paris can only be the start of something far more sweeping when it comes to the forms of energy we use and how we live on this planet. Fortunately, experiments are underway in the world of alternative energy, funding is beginning to appear, and a global environmental movement is expanding and could someday, on a planet growing ever less comfortable, put the heat on governments globally before Emperor Weather can turn up the heat on history.

Tom Engelhardt is a co-founder of the American Empire Project and the author of The United States of Fear as well as a history of the Cold War, The End of Victory Culture. He is a fellow of the Nation Institute and runs TomDispatch.com. His latest book is Shadow Government: Surveillance, Secret Wars, and a Global Security State in a Single-Superpower World.

Sky News [Yes!]: “Climate Change: What Happens If The World Warms Up By 2°C?”