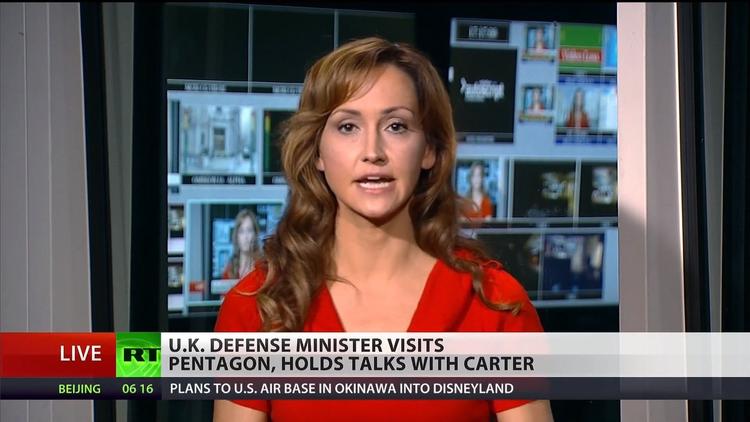 In popular discussion of the Islamic State, several topics have received the vast majority of the attention. The group’s executions, treatment of women, their oil profits, and rumors about state sponsorship have all gotten large amounts of attention. Not far behind that is discussion of their digital propaganda. Stories of those who’ve returned from having joined are likewise important. Lost in the cracks of these topics is an interesting field, how Daesh relates to the digital realm more broadly. The topic should be especially important, as both Hillary Clinton and Donald Trump had very similar things to say recently:

This author, for one, finds it ironic that two presidential candidates from the country that dominates the internet, has been shown to be heavily monitoring all kinds of digital activity all over the world, and weakening encryption protocols still want further action taken in this domain. Both also dismiss potential rebuttals based on freedom of speech. What they don’t seem to realize is that Daesh and its supporters already face a harder time using the most basic platforms for social media than almost anyone else. Twitter is constantly taking down accounts of supporters and followers of Daesh, and their content. Youtube is constantly doing the same thing. Facebook has almost zero Daesh content because of all its existing controls. This has meant Daesh members and supporters must use smaller sites that few normal users come across. ُEvery once in a while I come across a wordpress site hosting Daesh content, but not many. The majority of Daeshi material I have seen is actually on justpaste.it. The corporate infrastructure of the internet has started locking them out. On top of all this, the Anonymous hacker collective has announced its #OPISIS targeting twitter accounts of Daesh members. In response, Daesh released a statement to its members and followers about how to protect themselves from getting hacked. The group also has its own hackers targeting US government and others sites, with apparent success.

If Daesh faces significant resistance from online establishments like Twitter, Youtube, and Facebook, its approach to the internet in the territories it controls shows a different aspect of the group’s fraught relationship with the internet, and digital technologies more broadly. The group was targeted heavily in its early years by American surveillance technology, and it lost many members because their phones and digital communications were intercepted and tracked. This shaped the group, and even today they’ve become wary about surveillance. The group issued a notice that any devices with GPS had to have the feature turned off completely and that no Apple products were allowed at all because they were deemed untrustworthy:

Beyond this, Daesh has had problems with infrastructure and severely constricted access to the internet inside of the territory it controls. A recent NYTimes in-depth investigation about the lives of young women in Raqqa discussed how the internet was only to be used for the most important of business like media production and enticing new recruits. Early in 2014 many internet cafes closed because of inability to operate wireless networks, apparently due to disruption of radio networks by the Syrian regime. According to this same source some succeeded in using satellite connections to establish internet cafes but these were apparently very easy to track. Daesh released this order in May 2015 demanding four kinds of identification for any user of the internet cafe. So while larger global forces could watch much of what the internet user in question was doing through the technologies we know they have, Daesh wanted to know exactly who was using the internet for its own purposes. A Washington Post investigation of life in the ‘Islamic State’ says that speaking to outsiders about conditions inside is a very risky act, one the leaders of Daesh monitor the internet to try to catch. In this vein, the website Raqqa is Being Slaughtered Silently has continued to speak out against Daesh from inside while also being targeted. Two of its activists were found and killed in southern Turkey by Daesh agents.

This control over the internet is sadly an extension of attempts at totalitarian rule inside Daesh territory more broadly. No independent media is allowed to exist. There is a radio station, run by the group, which broadcasts in different languages, but aside from this there is no space for civil society. It only makes sense that those inside who were angry with this and wanted to voice their views would turn to the internet like the aforementioned Raqqa website. This control doesn’t extend to all citizens, however. Foreign fighters and their wives are said to hold a privileged status inside Daeshi terrtitory, meaning they can continue with things like internet access that are severely restricted for all others.

That fits with the broader outline, the internet is a vital lifeline for Daesh to exist, but it’s also an extreme risk and liability, one that has consistently been used against them. I cannot agree with Mr. Trump or Mrs. Clinton in this regard, I don’t see that any major action needs to be taken that isn’t already being taken. I write those words with a lot of worry. Not because I think Clinton and Trump might be right, but because it also shows the extent to which the internet can be used against anyone in today’s age. Here, I think the target (Daesh) is a legitimate one, but what about in the future? What if the same capabilities directed at keeping Dawaish (the plural) off major internet sites with corporate infrastructure are directed at others who aren’t brutal murderers? What if governments use those surveillance technologies against dissidents? We’ve seen the way police have been targeting activists around COP21 in France, which isn’t normally considered a brutal dictatorship. We’ve also seen glimpses of what this future can look like in Bahrain, and it’s ominous.

nb- the Daesh documents used here come from this website run by Aymenn Jawwad al-Tamimi, a researcher and academic who studies jihadi groups. The English translations of the original Arabic documents were done by Mr. Tamimi.

Michael Degerald is a PhD Candidate at UW in Seattle, and a Visiting Scholar at CMES, Lund University.