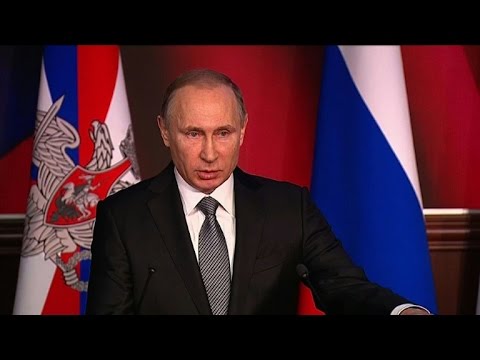 Despite everything, hawks are still pushing President Obama to send ground troops to Syria. He would be wise to reject their advice.

For the last few decades in the Middle East, the policy of western powers — led by the United States — has been to ensure the flow of oil; maintain stable and secure allies like Turkey, Saudi Arabia, Jordan, the Gulf States, Egypt, and Israel; and maintain military and economic influence when needed. Usually these ends were met through economic or military-to-military partnerships.

After September 11, however — with a big push from the neoconservatives — U.S. policy toward the Middle East lurched toward overt military intervention, such as the one in Iraq in 2003.

The goal was to spread U.S. influence and secure supposed U.S. interests by regime change. So U.S. policy planners looked for a weak and corrupt regime that enjoyed little support from its people (in this case, Saddam Hussein’s Iraq), and cooked up a justification for the military intervention (in Iraq’s case, the alleged presence of weapons of mass destruction).

The invasion triggered tremendous sectarian violence and a violent insurgency against the U.S. occupation, resulting in the loss of hundreds of thousands of lives in Iraq and the overall destruction of a society of some 30 million people. The occupation also led to a surge in suicide bombings and the emergence of the Islamic State, two horrific developments that continue to plague the country to this day. The sectarian tensions between Shia and Sunni, meanwhile, combined with greater Kurdish autonomy, have led to the effective break-up of Iraq.

The United States supported military intervention again in Libya, four years ago. Although Washington claimed that it was intervening only to prevent large-scale civilian casualties at the hands of the Libyan government, it ended up supporting a full-scale regime change that culminated in the death of Muammar Gaddafi. Today, Libya is in chaos, with several political and territorial factions fighting for power.

Syria has had a corrupt and dictatorial regime for decades, first under Hafez al-Assad and then, since 2000, his son Bashar al-Assad. In 2011, Bashar al-Assad faced a nonviolent uprising from a large segment of his people. In the first year of the Syrian uprising, the rebellion was secular and nationalistic. But his violent repression of the protests ignited the country’s sectarian fissures, alienating the country’s majority Sunnis while driving minority populations like Christians and members of Assad’s Shia Alawite sect into the arms of the regime, turning a previously nationalistic uprising into a violent sectarian bloodbath.

Now the Islamic State, or ISIS, controls the east and much of the north. Assad controls the west. Kurdish groups control fragmented regions in the north and northeast. Dozens of other factions — such as Turkmen, the al-Qaeda affiliate Jabhat al-Nusra, and many other opposition groups — control smaller areas all across the country. Over 200,000 Syrians have been killed, and over half of the country’s 23 million people have been displaced.

The country, in other words, is ripe for dismemberment. Its military is weak, its central government is reduced to a rump state, and the regime enjoys ever-diminishing support from the (shrinking) populace.

Syria’s neighbors are all contributing to the centrifugal tensions within the country. Turkey, a Sunni country with a long border with Syria, has funneled money to anti-Assad rebels while also training its fire on the anti-ISIS Kurds. Saudi Arabia and other Sunni-dominated Gulf States, fearful of Shiite Iran’s influence in the region, have sent billions of dollars to anti-government rebels to establish a Wahhabi Sunni government. They’ve relied on Turkey to look the other way as money, arms, and trainers have poured over its borders to the rebels, including Islamic extremists, while Iran and Hezbollah have intervened on the side of the regime.

Enter Russia. Without a warm-water port of its own, Russia has maintained a naval base at Tartus, near Latakia, since 1971 — and intends to keep it that way. After arming and supporting the Assad regime since the beginning, Russia began targeting rebels with airstrikes earlier this fall as they closed in on regime strongholds along the coast. After ISIS downed a civilian Russian plane over the Sinai, leading to the death of over 200 passengers, Russia intensified its bombing of targets in Syria with heavy airstrikes, bombardments, and cruise missile attacks.

More recently, Turkey downed a Russian jet after it allegedly violated Turkey’s airspace for a total of 17 seconds. Local Turkmen militiamen shot one pilot and Assad’s forces rescued the second. Russia accused Turkey, and especially Turkish President Recep Tayyip Erdogan, of planning the episode, and indeed many military experts were skeptical of a shoot down after only 17 seconds incursion. In response, Putin increased Russian hardware in Syria, including sophisticated missiles capable of shooting down any airplane over Syria, and also accused Turkey of buying ISIS oil. Recently, the Turkish government jailed two journalists who released a video of arm shipments from Turkey to Syria.

President Barack Obama won election in 2008 promising an end to “dumb wars,” and since then he’s vowed to avoid major troop commitments. Yet even after all the fallout from recent interventions — including, more recently, the spread of ISIS terrorism to Europe — foreign policy hawks keep pushing Obama to send ground troops to Syria.

He would be wise to reject their advice. Syria is in need of a ceasefire, not more bombing from the world powers. On the verge of dismemberment, the country needs a negotiator to bring all sides together without prior conditions. Are members of the UN Security Council ready to listen before it’s too late and Syria completely falls apart?

Adil E. Shamoo is an associate fellow of the Institute for Policy Studies, a senior analyst for Foreign Policy in Focus, and the author of Equal Worth – When Humanity Will Have Peace. He can be reached at ashamoo@som.umaryland.edu and blogs at Forwarorpeace.com .