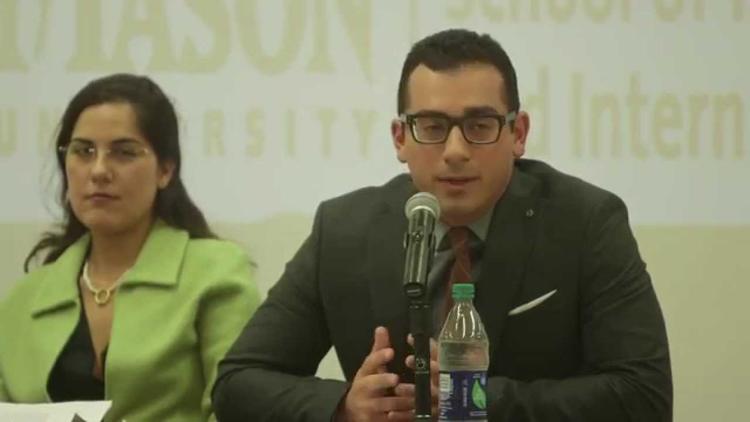 My parents immigrated to the United States from Iran before I was born. They settled in Pittsburgh and built the humble beginnings of a successful life for themselves and their children. I was born as the first American in my family. I grew up oblivious to the sacrifices my parents had made for me and my siblings, to the unlimited opportunities at my feet. I took for granted the reality that I could be anything I wanted to be.

It could have been different. And, maybe, it already is.

Last week, in a swift move that flew under the radar of many civil liberties and activist groups, the House passed the Visa Waiver Program Improvement and Terrorist Travel Prevention Act. Aimed at reforming the Visa Waiver Program, the measure received bipartisan support for tightening travel restrictions between the 38 European and Asian countries that are part of the program.

In the wake of the tragic terrorist attacks in San Bernardino and Paris, Republicans had fast-tracked the bill to the floor for a vote. In the process, they managed to insert into the legislation discriminatory language against dual nationals of Iraq, Syria and official state sponsors of terror — Iran and Sudan. The legislation has since been lumped into Congress’ annual omnibus appropriations bill and is expected to come to the Senate floor for a vote as early as Saturday.

As it stands, the Visa Waiver Program allows citizens of the 38 member countries to travel to countries in Europe or Asia, as well as the United States, without a visa. But this bill would require dual citizens from Iran, Syria, Iraq and Sudan, as well as individuals who have traveled to those countries in the past five years, to obtain visas. And because the VWP is a reciprocal program, the 38 member countries can choose to invoke the same restrictions on American citizens.

To put it into perspective, this means that world-renowned chef Anthony Bourdain could be forced to obtain a visa to go almost anywhere simply because he filmed a documentary in Iran a few years ago. So could Humans of New York photographer Brandon Stanton, who has traveled to Iran and Syria. It would hamper the travel of countless journalists and human rights workers who have traveled to war zones to report from the front lines or to aid civilians. And because Iran considers anyone with an Iranian-born father to be a citizen, I and countless other Iranian-Americans (including those who have never set foot inside Iran) would be required to obtain a visa if we wanted to visit Europe or Asia.

For the past two weeks, the National Iranian American Council, the largest Iranian-American grassroots organization, for which I work, has fought hard against this legislation. Throughout our efforts, I’ve heard numerous people asking why this is such a big deal. Why not just put up with the restrictions and obtain a visa? Why not sacrifice a few civil liberties to help strengthen national security?

For one thing, it won’t work. The San Bernardino husband and wife attackers, for instance, were of Pakistani descent. The wife was influenced by the ultra-conservative Wahhabist school of Islam while living in Saudi Arabia. Neither Pakistan nor Saudia Arabia are included in the bill’s list of targeted countries. This is not to say that these countries should be included in the bill, but rather that efforts to combat terrorism based on people’s ethnicities, instead of their behavior, is fruitless.

Secondly, this bill sets a dangerous precedent by discriminating against law-abiding European and American citizens merely because of their backgrounds. It tells people like me that my Iranian heritage makes me a second-class citizen, that I am more suspicious than the average American because I hold two passports. In other words, as Donald Trump casually calls for a ban on Muslims entering the United States and argues that Muslim-Americans should wear ID badges, this bill would essentially codify his hateful rhetoric into law.

In times of war, it’s easy to let racism reign. And so, our lawmakers have taken the impulsive and reckless route, as if it will quell the current fearful environment. What they fail to understand is that their policies do not make us safer — they isolate us and push us further apart.

This piece originally appeared in the Pittsburgh Post-Gazette.

Via The National Iranian-American Council